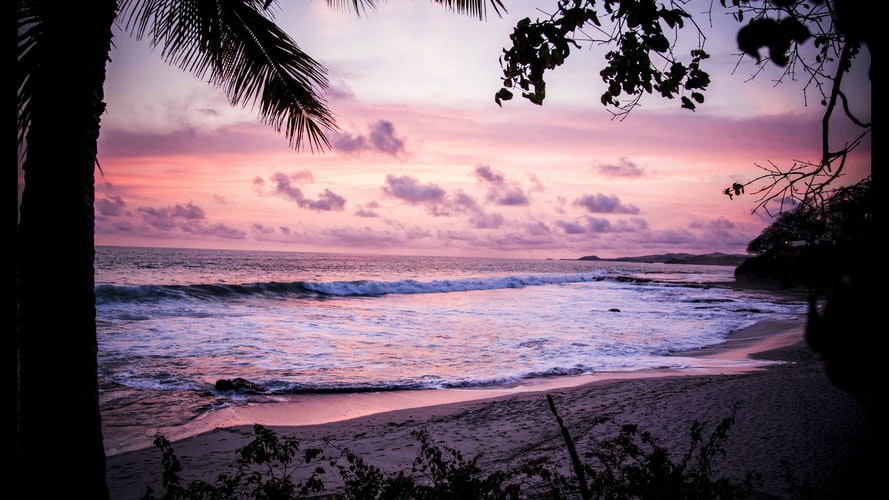 Significant meaning more than a week.

It was a few months in Guatemala.

And, for the most part, I didn’t like it that much.

I thought Guatemala was kinda crappy overall (with some positives) and it made me rethink the whole “travel and live abroad” idea.

Then I traveled to Nicaragua for a week – and because of circumstances around food sickening – I really doubted my aspirations to travel down here.

Latin America definitely didn’t seem like a very nice place to me.

I decided to go with it anyway and spend about a year traveling around South America.

First to Bolivia and almost all of the remaining countries afterwards….

And I fucking loved it.

I remember going to a bar where this chick that we can call Mariana worked at.

The first Latina chick I ever fucked and who I had a really great time with in general just hanging out with.

Either way, I’m at the bar she worked at having a few drinks with some friend that would drink there once in a blue moon…

I was in the bathroom for a minute in this bar – a bit drunk – and thinking to myself “I’m in fucking Bolivia…!!”

Crazy ass shit to me back then.

But in a good way.

Like I couldn’t believe I am now traveling around South America for a year outside of my country.

And having a great fucking time too.

Those issues never really phased me so much – I didn’t care so much.

In a way, I was in the “gringo honeymoon phase” of living in Latin America.

Where issues – big or small – couldn’t phase me for the most part and I wasn’t ever getting too annoyed with anything.

And just having a great time – perhaps to a degree even – seeing the countries I was in with rose colored glasses.

Mixed in with all of the partying, traveling, the sense of amazement at the fact that I left the US and also all of the immense natural beauty outside in the countryside.

But I do remember when the cracks started happening….

And was consistently in a battle with taxi drivers in Barranquilla over gringo pricing issues and folks trying to rip me off.

That part of Colombia is especially bad for scammers and the like.

My second year kinda sucked dick as you can read about that journey here where I basically ran out of money and had to hustle hard with 12 hour days in front of my computer trying to put money in my bank account.

All of a sudden – when the money ran out so did the fun.

And I ended up living in a shitty area of Mexico City and wasn’t really enjoying life as I had to struggle hard for about a year or less before I got my shit in order financially.

And while I am good now financially and pretty comfortable – even more so than before I struggled a bit.

I can safely say that the “gringo honeymoon” is over for me entirely.

But what is the gringo honeymoon phase?

It’s pretty simple really and easy to understand from the words above.

Basically it’s when a gringo lands in LATAM and looks at everything positively.

He thinks he’s in fucking Narnia.

Like this gringo I met here named John in Bolivia who loved everything about Bolivia.

Probably in part because he found some random Bolivian chick who would touch his dick.

And truthfully, that is one reason why some gringos (and the occasional gringa) likes LATAM so much.

You can read more about these types of gringos here.

Either way, that’s one factor.

Another is the fact that life for most gringos here is pretty easy for the most part as long as they have enough savings, retirement money or money they earn online that can support them.

Since you can live pretty cheap down here and the dollars stretch quite nicely.

Either way, nothing can phase these gringos initially.

They can get stabbed in the kidney by a crackhead homeless dude and they would fall to the ground yelling “I LOVE ECUADOOOOOOOOOOOR!”

Now, keep in mind that not all gringos have this honeymoon phase.

Some arrive to LATAM and think everything is shit down here or they are simply just not impressed by the specific country they visited.

Such as myself when I didn’t like Guatemala too much for the most part.

But for the gringos who do get the honeymoon phase…

Where they are resistant to having any negative thoughts about the country they are in.

“that…that…that…THAT’S RACIST!!! HOW DARE YOU CRITICIZE THIS COUNTRY! IT’S PERFECT!!”

They trip over themselves to fend off any acknowledgment of any negatives to the country they are in – no matter how justified the criticism is.

However, most gringos are not like that and most do come around the corner to breaking out of the “gringo honeymoon phase.”

When that happens, from what I suspect from my own experiences, is when they experience enough negativity down here.

And the enjoyment from the positives wears off.

They start to live more normal, routine lives down here like they would back home so life ends up getting boring and not anywhere near as exciting as initially.

Perhaps they have financial issues as I wrote about in my experience here.

But, above all else, the consistent experience with the negatives will eventually kick the gringo out of the honeymoon phase as he settles into a more routine life and the novelty of living down here is not so unique anymore.

And some of those gringos….

There is the occasional gringo down here who literally does a 180.

From honeymoon to extreme negativity.

Always having a thing to bitch about in LATAM.

And the gringo will then go off into a bitching monologue….

“I CAN’T BELIEVE THE LOCALS HERE DON’T WORK PROFESSIONALLY!! WHO YAWNS AT WORK?!!? IN MY COUNTRY WE NEVER YAWN!!!”

And, to be fair, I often feel the content on my website itself can be quite negative towards LATAM.

I wouldn’t put myself into the group of gringos who get angry at everything as I feel there is a difference between just venting and getting pissed at everything.

And most gringos down here will have a moment where they need to vent.

As well, I try to talk about the positives – such as the beauty of this region as you can read about here or here.

But, nonetheless, I would be understanding if some folks reading my content feel that sometimes I stumble into negative territory a little bit too liberally…

It’s perhaps a fair criticism but I do try to paint a real picture of what life can be like down here.

And, as I said, it’s not uncommon either for the occasional gringo to go from one extreme to the other.

The honeymoon phase to the extreme 24/7 negativity.

However, I do wonder how many of those gringos actually stay down here long term forever and ever.

I have no idea but I’d guess they all leave eventually.

Perhaps going back home to where they might realize some of the issues they have with down here also happen up there.

Though, to be fair, perhaps to a significantly lesser degree but that depends on the issue in question.

At any rate, while most of them do leave…

Many end up staying after the honeymoon phase ends – for how long, who knows but let’s address that and end this article.

This is where I tend to be most days.

While some days I feel the need to vent a little bit about some of the shit that pisses me off down here.

I’ve come to term with many of the negatives and just accept them as they are.

While appreciating many of the positives that come with life down here.

At the end of the day, you got to take it or leave it.

The negatives are not going to change and they just come with the deal of living down here.

Fair to vent about them but you got to accept how things are or adjust to them however you can at least.

For me, as I wrote about here, I have thought about the alternative…

Moving back to the US and leaving behind LATAM.

It only takes me about a good minute or less to decide that would be a bad idea.

As to the quality of my life would probably deteriorate.

As of now, I don’t have a formal boss.

No commute. No colleagues.

Owner of what I do and produce to make a living.

While being able to sleep in and wake up whenever I want.

And enjoy life more easily down here due to that low cost of living.

Versus moving back to the US and having to get a real job.

Replace Tinder Latinas with Gringa ones..

And less free time to do things I love such as hiking, traveling and enjoying all the natural beauty this region has…

While leaving behind all my friends down here…

But that decision is different for everyone.

For you, the reasons might be different once the honeymoon phase is over.

I have a friend named Bryan who traveled to Mexico City.

Had 3 reasons to be here: Travel to a new country, learn Spanish, fuck hot chicks.

He’s done all three and plans to leave soon after about 3 years here.

He had a goal, done it and now wants to move on as he sees his life being better up there.

And for you personally?

Again, do the positives outweigh the negatives after the honeymoon is over?

Are you getting what you want out of life?

That’s not my decision but I already made up my mind for myself and I’m happy with life down here despite the negatives.

The honeymoon is over but I’m still having a decent time and don’t see reason to leave.

But if you got any thoughts on this topic….

Are you past the honeymoon phase?

Where are you in your journey to living in LATAM?

Write them below in the comment section if you want.

Would love to hear about the experiences of other gringos down here.