Traversing Death Road Through the Yungas Region of Bolivia 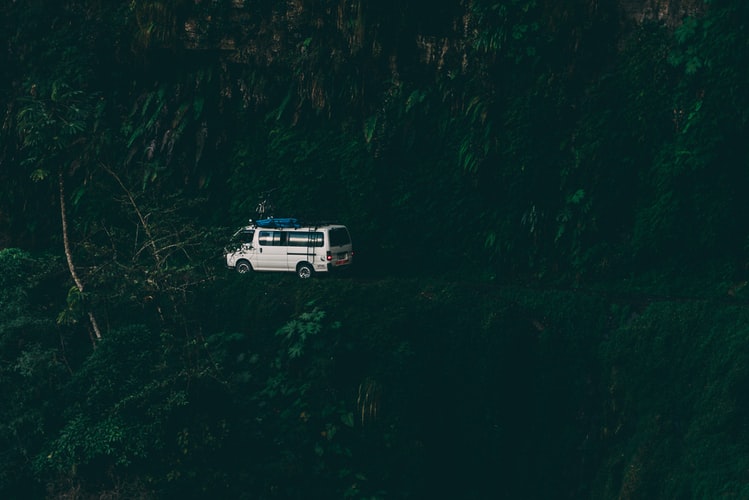 Back when I was living in Cochabamba, Bolivia…

I decided to take a week trip to La Paz, Bolivia – the capital city of the country.

Mostly for tourism purposes but also to catch up with a friend I had over there.

For my trip, I planned on visiting Lake Titicaca and Death Road.

You can read about my time at Lake Titicaca here.

Well, I got to the bus station in Cochabamba in the afternoon.

And there were booths everywhere and it was a pretty crowded place.

Walking over to the bathroom real quick, I see they don’t have any toilet paper by any of the toilets!

Being inexperienced in Latin America, that was unexpected to me – and a bit annoying.

Which, by the way, that isn’t entirely unusual either – in quite a few areas of Latin America, you will find that the public toilets don’t have toilet paper.

And similar to the bathrooms I saw there at the bus station – no toilet seats either.

“Wait until La Paz, I suppose” I thought to myself.

And I walked around and figured I might as well buy a small snack and a bottle of water for my trip.

As the bus ride from Cochabamba to La Paz is pretty lengthy --  if I remember right, the trip is like 6 to 7 hours more or less.

And that’s one thing I had to get used to in Bolivia – the length of time it took to get anywhere by bus.

As most bus trips I took anywhere had to be overnight bus trips due to the length of the trip.

I get on the bus and off to La Paz I go!

Once I got to La Paz, I checked in to a hotel that was about 40 bucks a night.

Which might seem very cheap to some but it was good – Bolivia was one of the cheapest countries I have been to.

And it was located on some touristy street that was very steep going up with plenty of shops on both sides.

Where I met up with a friend running an artisan craft shop on that street after I checked into my hotel.

And after that – walked around looking at different prices for doing a tour of Death Road.

Because, as you should know, it’s better in my experience to shop around in person for a tour than do it all online.

You can usually find better deals in my experience and can get a better idea of what you should pay.

Though, before you do confirm a spot, you should tell them you will check back later to check out reviews of their company online.

If it checks out, go back and book a spot for a tour.

So I found a small little tourism agency that checked out alright and had a trip set up to explore Death Road the following morning.

But what is Death Road?

Let’s cover that first before going into my experience at this place.

What is Death Road?

Death Road is a 60 km route from La Paz to the Yungas Region of Bolivia.

Now the Yungas Region is an area of South America that consists of a narrow stretch of forest along the eastern slope of the Andes.

You can find this area of South America in Bolivia, Argentina and Peru and it is pretty biologically diverse from what I understand.

Now, from my understanding…

One of the reasons for why it is called “Death Road” is because there was an old road constructed in 1930 that was considered very dangerous due to poor infrastructure and difficult driving conditions.

Where people have died driving down that road by falling off the edge basically.

And while it is considerably safer than the old road from before….

You still have the occasional person dying on this road

Once in a rare blue moon, a cyclist might die (though that is rare)

And anyone else who is unfortunate enough to fall off.

But from my understanding, the road is considerably safe than before.

And so how was my experience riding down Death Road?

Did I almost die?

Well, not really but let’s cover my time there.

So the van from the tourism agency picks me up from my hotel the following day and off we go!

And they give us some bikes and bicycle gear to get ready.

Once it’s all good, we get going.

At first, from my memory, the drive was a bit steep going downward and my bike was going a bit fast.

It was pretty fun to be sure – all along the way throughout this whole ride, it was exciting.

Then I kept on going…

Where we stopped at this point as you can see here.

And if I remember right, we didn’t go into the tunnel but actually a path to the side of it.

As we kept going, I was going pretty fast and ended up right behind the guide in front of everyone else.

Being someone who hasn’t ridden a bike in a long time..

I was doing pretty well – and fortunately – didn’t fall off the mountain.

Though at one point, as I was turning my wheels around a curve while going downward…

I had a small accident – and basically fell off my bike as I probably didn’t slow down quickly enough as I was going around a curve.

My bike slid and I fell to the ground.

And it felt like the wind was knocked out of my chest for a second because the fall was a tiny bit rough but not really a big deal.

The second I fell down, some dude behind me stopped his bike and asked if I was alright.

I got up and said yeah.

And got up on the bike right away and we kept going.

That was the only “accident” I had while going through Death Road.

Thankfully, that accident didn’t happen to the edge of the road or anything.

Either way, here’s some pictures of the experience so far of what I saw.

We ended up finishing our time on Death Road by arriving to some small town.

Though I forgot the name of the small town we visited…

After some research, it seems like it was a place named Coroico.

Well, once we arrived to Coroico.

We went into a small shop and bought some water.

Before then proceeding to a nice looking restaurant in some building.

Here’s a picture of that building here.

Inside, the food was pretty nice and then that was it for our journey.

Either way, it was a fun experience and one of my favorite ones in Bolivia.

If anyone reading this ever happens to go to Bolivia and likes a little more adventure.

I definitely recommend it.