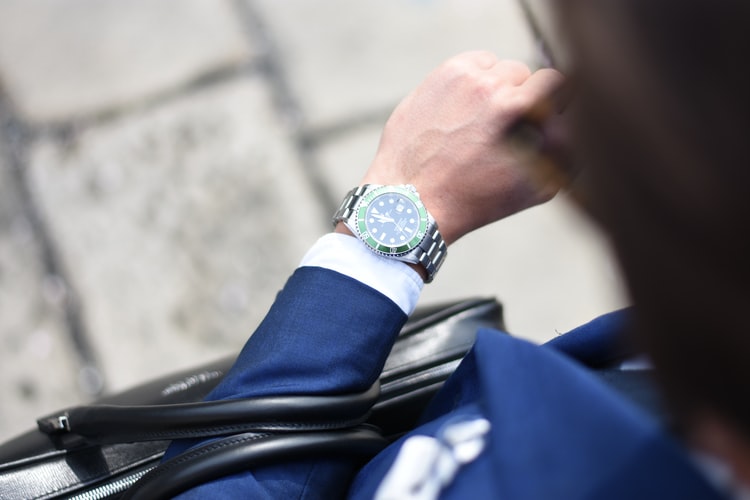 Years ago, I was in Cochabamba, Bolivia…

And I had a date set up with a chick named Mariana who you can read more about here.

Anyway, we had met basically at some bar event a few days prior and now were set to meet up at some park in the city.

Before walking off to some café afterwards.

Anyway, I got there and we were set to meet up at 3 PM.

Anyway, I get there at 3 PM as that was the time, right?

Or what the fuck did you think the time was?

“Oh you naïve young one…”

While she agreed to 3 PM…

For Latinos down here, 3 PM could fucking mean 4 PM even.

“ah shit sorry bro, I tried to show up at 3 PM but I had one too many drinks and was fucking my neighbor so I got here late…”

Though it does vary by the country and the person you are meeting in my experience…..

Which we will get to later.

Anyway, she didn’t make me wait too long to be fair – I think she got there at around 3:20 more or less.

So a 20 minute wait – not terrible but not ideal in hindsight.

And the date went fine enough and that was that.

Now, I remember in those days….

I wasn’t as used to this idea that folks would just show up late to shit just because.

Though I remember talking with another foreigner – some Canadian chick who was part of the NGO that I was working for in Cochabamba.

She was bitching at the time about how “god damn, the men here are so irresponsible! They never show up on time for anything!”

And basically how she’d go on dates and dudes she was set to meet up with would sometimes even show up as late as an hour!

According to her, one dude even showed up late by 2 hours!

Now, keep in mind that this isn’t a “Bolivian” thing.

It’s something that happens in basically every Latin American country but there is more nuance there that we will get to.

Back when I lived in Barranquilla, Colombia…

This chick I used to date named Marcela – back when we were already in a serious relationship – she showed up late once by a whole hour!

I used to give her shit about it but playfully – never too seriously.

And that made her conscious then of anytime I showed up late also just to prove a point that I fuck time up also.

I used to be more punctual with time but nowadays not at all.

Adjusting to Time in LATAM

Eventually, you just adapt to how things are in whatever community you are in and that’s that.

For example, I used to adapt to the fact that folks would show up late to anything down here.

For example, nowadays, if I want a date with a chick at 2 PM….

And I’m in Mexico City as of this writing.

Basically just set the date up 20 to 30 minutes prior to when you want to see her.

Or really anytime you have to meet up with anybody down here.

And, as I do now -- especially with chicks I haven’t met before -- I always have them show up close to where I live so I don’t have to travel.

That way it’s not a pain in the ass for me to travel around somewhere and wonder if I am being stood up.

Not an issue if you already know her or if it’s a friend that you know.

But could be an issue with flaky chicks you haven’t met yet.

So I don’t travel anymore on the first date for that reason and for various other reasons (like having better logistics).

Therefore, I can just spend my time doing shit I want to do and it doesn’t interrupt my day if she is flaky or shows up late.

Anyway, I remember one funny situation in which a Latina was giving me shit for showing up “late.”

How the Tables Have Turned…

As I said, my expectations for locals down here have adjusted.

I just assume anyone I am meeting will show up late and adjust accordingly.

That started to become the case after my time in Bolivia…

And when I traveled to Buenos Aires, Argentina afterwards…

And happened to live in Buenos Aires.

Anyway, given my new expectation that any chick I go on a date with down here will show up late by around 5 to 30 minutes…

Which is generally pretty true even up to this day…

I would usually leave my apartment about 5 minutes before any date with Cindy and expect to show up on time or maybe a few minutes late in worst case scenario.

Anyway, Cindy had higher standards – if I didn’t show up 5 to 10 minutes early, she was already busting my balls over text on Whatsapp.

“Where THE FUCK are you, MOTHERFUCKER?!?!”

Ok, ok, she didn’t put it like that but you get the idea.

“God damn bitch, I still got 10 minutes, I’m getting there!”

So anyway, Cindy was obviously not the norm so to speak.

Almost no Latina will give you shit like that even if you show up 20 minutes late!

Most seem chill in my experience.

But that also brings up another point about all of this….

Not All Latinos Show Up Late

But it is a general thing that is common enough among most folks down here.

In general, you can say people are just more casual with time.

I remember various instances where businesses would say they are open at certain hours but show up at whatever time they felt like.

The workers – paid 5 dollars a day (A DAY) on minimum wage – just not giving enough fucks to show up on time to open up the business.

With me waiting outside for shit to start already.

It goes well beyond dating – as we will discuss briefly down below.

I remember as well one guy I know who would tell me about having business meetings in Mexico and shit just starting late just because.

Important business meetings where decisions have to be made and people seemingly not giving a rat’s ass about it.

It also depends on what country you are in and the type of folks you are dealing with in my experience.

These are just my observations…

But, generally speaking, in countries that are wealthier in Latin America – like Argentina, Chile, etc – people tend to be a little more punctual.

In the same way that people are a little more punctual in Mexico City than Barranquilla, Colombia.

But it’s true from what I have seen – folks who come from more comfortable backgrounds down here tend to take time more seriously.

Not always but usually – like Cindy for example who would bust my balls for not showing up 5 minutes early.

And even then – obviously – you have folks down here who come from average backgrounds in a country like Nicaragua who take time seriously.

Much of this is just a broad generalization of what I have seen down here.

But obviously not everyone is like that and it depends also by the country and the person you are dealing with.

Now let’s focus on one last aspect of “Mañana Time” on a broader societal scale before finishing this article.

“Going to Cuba is like traveling back in time to the 50s!”

Is the claim true?

But the claim itself isn’t restrictive to just Cuba.

As well I have heard gringos say that “Latin internet is like internet in the US back in the 1990s or 2000s.”

To be fair, I think “1990s” is a bit extreme but maybe that is true for websites made in countries like Bolivia where perhaps website design is a bit behind the times…

So I feel that also depends on the country but the idea is the same – that Latin America sometimes comes across like it is “behind the times” when it comes to certain internet practices.

Though, in all honesty, I think businesses and such who have websites in a country like Mexico City do fine online.

Though, yes, even websites from people in Mexico City sometimes look behind the times also – I’d say it looks more like mid 2000s sometimes.

Those are just examples that come to mind first.

You also see certain trends in the US sometimes making their way down here.

Is when gringos complain about “identity politics” and “feminism” making its way down here.

Even though it already exists down here!

But I get what they mean – that certain ideological ideas making their way slowly down here and some parts of LATAM having more of that influence than others.

I get the broader point that they are referring to – that some countries down here tend to be more conservative in some ways (like culturally for example) and so are still “behind the US” in that regard.

I don’t mean that in a positive or negative way.

Because, depending on who is saying it, it could be a compliment or a criticism.

Some prefer that some of the ideological or political trends of the US stay up there while others prefer it makes its way faster down here.

But it’s all part of that “Mañana Time” again.

In that things from the US tend to take their sweet time moving down here.

And the pace at which Latin countries adopt certain trends in the US (cultural, political, economic, etc) will depend on the country.

A country like Paraguay is going to take a longer time due to is relative isolation than a country like Mexico.

For example, here’s this video of this dude talking about “MGTOW” in Chile.

Quite obviously something that has picked up a lot more steam in countries like the US but seem to possibly be making its way to countries down here also.

So there is that aspect of “Mañana Time” also.

It’s also broader societal changes that make their way down here – often influenced by trends in countries like the US – but yet those changes take their sweet time as I said usually.

Eventually they occur but that will vary by the country in terms of the pace and degree at which they do.

Anyway, that’s my basic thoughts on the topic of “Mañana Time” in LATAM.

I could write more and I probably will in future articles but will leave it at that for now.

Got any questions or comments on this topic?

Previous post: Traversing Death Road Through the Yungas Region of Bolivia Next post: Points of Consideration for Moving to Latin America