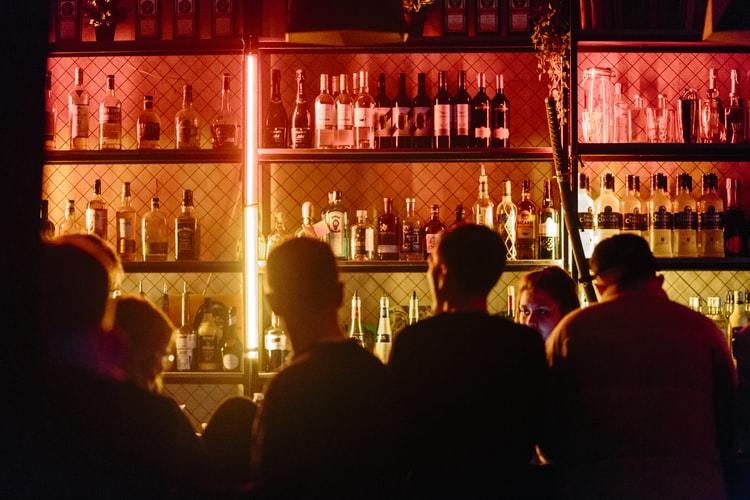 As I am walking around the streets of Buenos Aires, Argentina.

Trying to find this apartment a bit far out from where I was living.

Safe to walk outside late at night in Buenos Aires?

Fairly safe – it’s one of the safest large cities that I have come across in Latin America.

Either way, I figured I’m going to be a little bit late for a group event that I agreed to.

Earlier in the week…

I attended some “language event” in Buenos Aires.

You see, as I learned about in my previous time in Bolivia as you can read about here…

There are these events in certain cities around Latin America that are basically the same more or less.

Where you show up to some random bar where the event is held at during the night.

And you are supposed to “practice a new language.”

With any speakers of whatever languages are at the event.

However, being honest, it’s mostly English or Spanish as you’d imagine.

And it’s a lot more drinking and flirting than practicing languages.

Though practice happens also obviously – especially if you are a foreigner who is talking with the locals in Spanish.

Even better if you don’t speak English – then it’s even more unlikely any of the locals will want you speaking in your language since most down here prefer learning English.

Anyway, I had written a post in the Facebook group page of this specific language bar event in Buenos Aires.

Basically saying I’m from the US and would like to meet new people for drinks and hang out.

I got a shit ton of interest.

Tons of people were writing comments saying they were down.

One in particular was a white Venezuelan chick name Zahira who was down to meet up.

She was setting up some event with a few others and invited me to come along.

So that’s how I ended up walking around some random neighborhood of Buenos Aires late at night looking for some dude’s apartment.

Though in Buenos Aires time, 11 pm isn’t late at all.

In a city where people stay in nightclubs until 7 am or so and many bars are not really busy until 1 am….

I’m worried I will be late and decide trying to get a taxi to take me to where I am going.

However, right off the bat, I’m having shitty luck.

All the taxis coming my way are occupied.

Eventually I find a random taxi driver on some empty street with residential buildings..

I catch up and knock on the window to ask for pricing on where I want to go.

The dude shits himself – an older man – and he waves me off and drives off faster.

So I decide to give up the idea of getting a taxi since I probably spent 15 minutes at most trying to get one.

And back to looking for this place on foot.

Eventually I get there.

And, by typical Latin time, showing up late was no big deal!

In fact, I got there even before the dude who lived there was there.

Apparently he was out and about at some other point and got back home late also.

But as I got there, I check my phone and some Colombian chick named Cindy said she will be showing up late.

But she was the first one I saw that showed up probably around 10 minutes after I did.

So, in hindsight, I guess I’m glad I showed up late by typical Latin time or else I would have been stuck waiting a long ass time for no reason.

Either way, slowly and slowly…..

The other 3 people attending showed up.

Well, 2 of them did and the last one – an American dude – showed up after we had gotten started.

I forgot the American dude’s name but let’s call him Chris.

Chris was running a little bike tour group for tourists in Buenos Aires.

The dude who lived in this apartment – an Argentine guy named Juan – was an aspiring lawyer who was 29 years old (I think).

And Cindy was a young Colombian chick who was studying music in Buenos Aires.

Zahira was some Venezuelan chick living there and I forgot what she did in Buenos Aires.

Either way, we have some drinks – that Juan provided generously – and that was that.

We walked out of the building some time later and headed towards a bus stop.

Cindy had given me her number when we were inside Juan’s building.

And I was talking with Zahira as we kept walking – she seemed very interested in me and she gave me her number.

And from there, I met up with Zahira a few times to hang out and all.

With Cindy? She was even more memorable.

By far, the hottest chick I had been with ever.

But the sex with her was terrible.

I guess it wasn’t terrible overall – but there was just no energy or life in her.

Compared to my time meeting chicks at these “language bar events.”

Lizeth from Bolivia that you can read about here…

Both definitely less attractive than Cindy without question.

But both were much more exciting sexually – and the sex was much more memorable.

For me, looks are one thing.

But also having a chick who is fun sexually – has energy and life in her – and who shares similar fantasies I do.

Is someone preferable over someone as hot as Cindy was.

Would you rather fuck a dead body that is hot as hell or some crazy chick who is full of energy and will do the nastiest shit you can ever want her to do.

Some chick who has a boyfriend or husband at home and is willing to take your seed.

One is memorable, exciting and will leave you with an experience that beats most of the women you have fucked.

Cindy was a interesting chick overall – not so much for the sex obviously.

But because her personality – she often changed quite dramatically her mood – from very enthusiastic and happy to pissed off and moody for no reason.

I’m no expert on what bi polar people are like but I always suspected she had something.

Literally in half a second she her mood swings would kick in and she would be all over the place.

So initially she seemed quite nice and full of energy but learned how quickly that can change easy enough.

Either way, I ended up pissing her off at one point because I was kicking her ass at some video game.

Then she ghosted me!

And supposedly blocked Juan for no reason – he reached out to me and was wondering what the hell was going on with her.

He apparently, in his words, hadn’t talked with her for a few days and nothing happened between them and then that happened.

Again – maybe a dramatic mood swing on her part that drove her to want to ghost random people.

Life moves on, I guess lol.

Then you have Zahira – who was more fun than Cindy and likeable also.

To Lizeth of Bolivia – who was by far one of the best chicks I ever fucked.

To this Bolivian chick you can read about here…

The point of this article is pretty self-explanatory.

Which is for the young bachelor traveling through Latin America….

Keep your eyes open for these “language bar events.”

They can work well for practicing your Spanish.

But even if you don’t need to practice your Spanish…

To meeting new chicks to hookup with – and they tend to draw in more chicks who have a thing for foreigners in general so that’s an ideal crowd I suppose if you want to hookup or date Latinas for a serious relationship.

To also just meeting local dudes and other foreigners as well if you want to make new friends in a city where you don’t know anyone.

Bolivia – in my experience – was actually one of the better countries for these events with events called “Parlana” if I remember right being held in various cities.

And I saw someone post an announcement for something similar in a Mexico City group page but I never went. I haven’t gone to these events in a long time but I know they can work well for the reasons above.

Anyway, got any questions or experiences of your own with this topic?