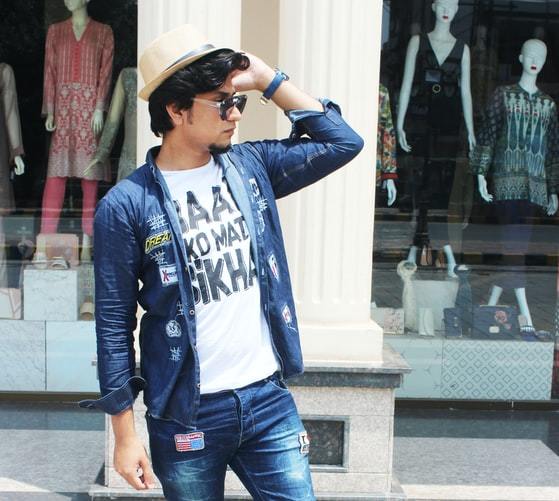 As I wrote about in this article here…

You have some Latinos – usually the whitest ones – especially in parts like Argentina or Brazil….

That are insistent that they are not Latino.

They are not Latino – they are European!

Even though they might have been born in Latin America….

They are definitely not Latino!

And some get quite pissed if you imply otherwise…

On top of that, as written about in this article here…

Some Latinos have a stick in their ass about practicing or speaking English.

Regardless of how good or bad their English might be…

But also you got some Latinos – as I wrote about here – who just seem hellbent on proving to every stranger around them how “educadoooooooo” they are.

Or at least that’s my impression.

And she was wondering why we ain’t speaking in English because I am from the US.

Well, I told her I speak both languages so it’s cool either way.

Well, she tried throwing down her best English by text in Whatsapp – and it was very obviously copy and paste from Google Translate lol.

So I figured I might as well keep typing in Spanish.

And trust me – she fucking got pissed off.

At this point, she was thinking that – in her words – that I must be some arrogant foreigner who thinks she doesn’t speak English.

“We Latinos speak English too!”

Like chill bitch, nobody said you didn’t speak English lol.

Basically at this point I didn’t give a fuck to live at her place because I knew we wouldn’t get along.

So fuck it – “I don’t give a fuck if you speak English. Who you trying to impress?”

That’s when she really flipped shit – “I ain’t trying to impress nobody!!!!”

At that point I just tell her – “Look, I can tell this is some Google Translate shit. And even if you do speak English, that’s cool but it don’t matter to me. I just wanted a place to stay at.”

Then she goes off about how “soy muy educada y hablo muchas lenguas!!!”

Anyway, she had a stick up her ass about trying to appear more sophisticated than how she really is.

Trying to throw down her tight non-existent foreign language skills on some random ass dude looking for a place to stay.

Latinos trying to insist that they are not really Latino….

Latinos who have foreign sounding names just because.

As you can see by this funny video here…

Yes, you got Latinos who carry very English sounding names.

Such as this chick I wrote about here named Cindy.

Who was from Cali, Colombia but whose name was Cindy.

A name that I never encountered ever again down here nor up to that point.

First off, in my experience only, the Latinos with the most English sounding names tend to come from the upper class.

Cindy, for example, was very well off because of her parents.

Granted, I heard other folks say it’s more common among the lower classes to do this because they want their kids to be more sophisticated sounding.

I don’t know how true that is but I’ve only seen this shit happen among upper class folks.

I imagine some of them probably are foreigners themselves who are just naming their kids shit they like from their own culture.

Like this Mexican dude I once met in Pachuca whose dad was German and he was literally the whitest Mexican I ever met.

With blonde hair and blue eyes.

Than two Mexican parents who have no relationship to Germany naming their kid some German sounding name.

Though it’s almost always an English sounding one when Mexicans or Latinos do that.

Either way, it makes sense then a Latino like that guy having a strong association perhaps with some foreign culture like German because he does have stronger roots to that.

So Latinos who are in that situation – with foreign parents for example – are not really “going full Gringo” in my opinion.

Sometimes though Latinos will even do it to themselves without the parents giving them a foreign sounding name to begin with.

For example, there’s this Venezuelan chick I hooked up with years ago.

Whose last name was Raleigh.

I asked her about it – like you got foreign parents or something?

And she said she changed it herself because she thought it sounded nicer than her real last name that she was given.

I don’t remember what that name was but it was more Latino sounding.

So what’s the point behind all of this?

From Latinos who are insistent on not being Latino….

It’s similar to some Latina chick who dyes her hair blonde and tries to be more “gringa” so to speak in her behavior.

And you ask them…

Even though you suspect that might be bullshit – but it might not be – though most likely it is a Latino or Latina who doesn’t like associating themselves with their own culture and want to only associate with foreign (read: anglo) cultures.

Basically, I see it as Latinos trying to be shit they ain’t – trying to be more like folks from the US or just foreign countries in general.

And thinking that represents something – something more sophisticated.

That’s how it comes across to me and just my opinion.

And to be fair – you got gringos who do the exact same shit.

Who try to be shit they ain’t.

From the white kid in school trying to be black.

To gringos down here who will literally trip over themselves to be like Latinos.

Where their presentation of themselves screams like someone who is trying to be an exaggerated or stereotypical version of what Latinos “are supposed to be like.”

As you can read in this article here that I like a bit from a site called My Latin Life.

Check it out if you want to read more about the opposite happening – gringos trying to be Latinos.

Anyway, if you have any comments or questions yourself on this topic, drop them below.

And enjoy the relevant music video below -- "You Are What You Is" by Zappa.