The Whitest Latinos U’ Know 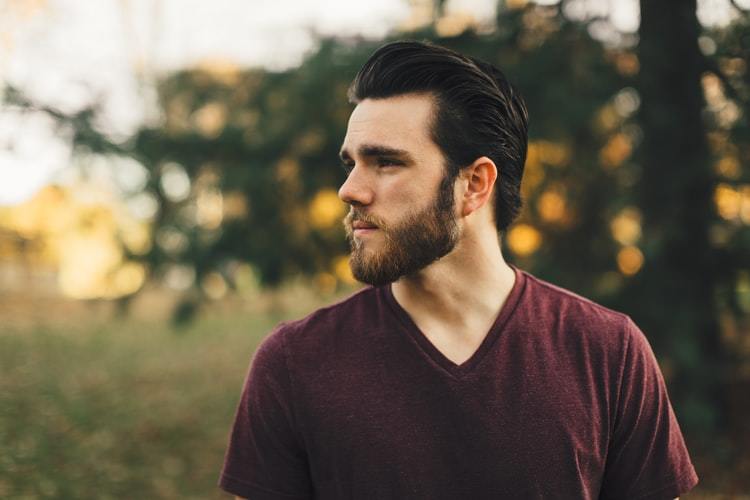 On a cloudy day in Peru….

I was sitting down in some hostel where other travelers and backpackers were at as well.

Anyway, I got talking with this backpacker type – a young Canadian man who was probably around my age more or less.

Who, by the way, wasn’t Latino himself (nor am I) – just to point that out first.

Well, as we are talking with each other about our experiences traveling around South America…

Somehow I triggered the guy – and I wasn’t really sure in the beginning what it was about really.

But I was talking away and said something that involved “white Latinos” somehow.

I don’t remember the exact details of the comment as it’s been years but basically that was what did it.

Hearing the words “white Latino” seemed to trigger the guy.

As his face changed and he looked like I said that the sky was green or something.

“White Latinos? What are you talking about?” He starts.

“There is no such thing as a white Latino” he claims.

Now he’s got my attention – no such thing, huh?

And now I’m confused – because Latino isn’t a race – it’s an ethnicity.

Plus, given the extensive movement of people from all over the world that ended up in Latin America over the years…

From the black slaves brought over…

To different Asian and Middle Eastern groups of people that moved on over.

To also the different waves of European descended people moving to Latin America.

And I’m not just talking about the Spaniards and Portuguese.

But also people coming from in large numbers from the Scotland, Wales, Italy, Germany and more.

You can read a little bit about it here.

Typically speaking, when people think of Latinos are just one race, they are probably just thinking of mestizos.

So, to a degree, there’s a bit of ignorance with this one – that white Latinos don’t exist apparently.

I had two host families – one of them that was pretty white looking – in Bolivia all of places!

To which I would be going to Argentina next where there’s plenty of white Latinos.

Anyway, we somehow got then into this mini argument between us about if white Latinos are just a magical unicorn or if they actually exist.

“Look around all outside man – point to me a white Latino!”

Yeah, like I’m supposed to get some binoculars and hunt one down like it’s an exotic specimen – “look, right there! I can’t believe it with my own eyes…..a WHITE LATINO!!”

Well, to be fair also, we were in Peru and maybe this guy had never been anywhere else in Latin America.

And given that Peru has a more indigenous influence on the demophraics of its population, you won’t see too many white Latinos there.

Bogota, Colombia or introduced him to any of the white Venezuelans I have met or to Argentina or Chile or Uruguay or Brazil or…

Would his head explode at the sight of a white Latino?

Because the guy was seemingly getting triggered by this disagreement.

To the point where he even accused me of being racist because “how dare I, as a white man, speak for Latinos when I am not one…”

You get the idea.

And legit, that was his argument – I’m being some evil white colonizer with my “white splaining” or whatever the woke phrase of the day would be.

Even though this motherfucker was white as well – shit, he was even whiter than me!

You want to know how white he was?!

Motherfucker – he ain’t Latino (I asked) and he whiter looking than me!

The conversation eventually ended soon after that and he pissed off somewhere fuming or whatever.

But I had never seen before a man so insistent on claiming that you can’t be Latino and white.

And I think there are reasons for that – based on what I have seen from him and from other people who show this type of ignorance.

First and foremost, you simply have people who are ignorant.

Not demonizing them – it’s simply the case that plenty of folks were not introduced to white Latinos.

Their only version of a Latino is some random ass Mexican cook who is a mestizo at their local restaurant.

So that’s one source of this.

Identity in the US

Another thing also is that race identity in the US is a bit different compared to down here in Latin America.

One of the ways that is the case is that all Latinos tend to be lumped together under the term “people of color.”

Or at least that is what I have seen.

Even though there’s plenty of Latinos in the US also who are white as me.

Part of the reason for why this is the case, I think…

Is because one out of laziness – to just dump all of them together under that term because most Latinos in the US are not white.

But also I think it is for political reasons as well – if even so slightly.

So this is going to be a lot of opinion put into this section of the article but walk with me down “theory road.”

They tend to have a discourse about Latin America that often illustrates perpetual victimhood and the stripping of agency and responsibility.

They don’t do this just for Latin America – but for basically anyone who isn’t white and for women in general.

But in regards to Latin America – it often comes in the belief that Latin America is poor because of foreign exploitation by the white man.

With absolutely no real discussion about how local Latinos fuck over their own community – be it the evil Latino dictator, corrupt cop, corrupt businessman, the drug lord, the criminal who mugs people, etc.

You see it for example in discussions about things like dictators down here.

“Oh here is evil Pinochet – who was SUPPORTED BY THE US – killed lots of people. Therefore, the US was the one responsible for killing those people.”

Like what…Pinochet gets no responsibility here? Just the US? Not the Chilean (Latino) military backing him or the generals he had?

So, to a degree, this lack of nuance about applying blame to other local actors seem to be a common theme.

As I wrote more about here.

In this case, Latinos are the perpetual victims that can never do no wrong – even though that’s clearly bullshit.

History is more nuanced than that – you got bad local actors as well.

For sure, the US had a bad hand in intervening in Latin America but there were also a shit ton of bad local Latino actors involved also.

And so when you claim Latinos are white…

That’s confusing to the SJW backpacker in Peru – white people are supposed to be the oppressor! And Latinos the perpetual victims!

THAT. DOESN’T. FIT. MY. IDEOLOGICAL. NARRATIVE.

The brain melts down – they can’t make sense of it.

That type of nuance that has to deal with world history, human migration patterns, demographics, race, ethnicity, how there are bad people in any group and so on is simply too much to handle.

Some Statistics – Are There White Latinos?

How does that make sense if 8.64% of all Americans are white Latinos according to this source here.

Such as 97.2% of Argentines being white or mestizo here…

Where genetic studies show that Chileans are between 51.6% to 67.9% European here…

Or how this here shows Uruguayans are 87.7% European.

Or how 47.73% of Brazilians are European descended here.

Perhaps how 86.69% of Colombians are white or mestizo here…

Or how Venezuela’s population has a 60.60% European contribution here…

While also 83.64% of Costa Rica’s population is white or mestizo here…

And even Mexico – a country most folks don’t associate with having white people – apparently has a population where 23% of the people are white.

So to say there are no white Latinos is wrong obviously.

Is it is basically a very large region that has had a very wide variety of people who have ended up here from numerous backgrounds.

But you know what’s funny….

Going back to the liberal backpacker I met in Peru…

He was very insistent that there are no white Latinos – all Latinos are not white.

Who once told me that she isn’t Latina – despite being born in Argentina – no, no, she is European!

I once met in college also a white Brazilian guy who actually got mad at me when I implied he was Latino somehow in a conversation.

Even though, when asked, if he or his parents or grandparents were born in Europe…

Either way, it would be funny to put Mr. Backpacker in a room with the Brazilian white guy.

“Hello My Latinx friend from Brazil! I do apologize for my whiteness and for my white ancestors colonizing the land of your people of color’s country!” greets the Canadian backpacker..

“FUCK YOU I AIN’T LATINO I AM EUROPEAN!” yells the Brazilian.

“Have a good day my Latinx buddy!” He replies….

Regardless, it’s a funny thing to think about – the guy who is insistent that no Latinos can be white vs the Latino who insists he is European.

Maybe they can find a middle ground of agreement…