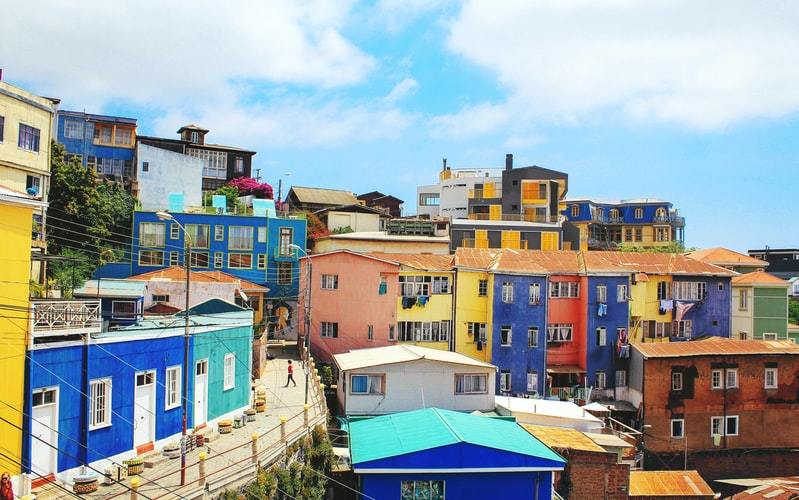 And I fucking lost.

Third fucking game in a row I lost that night.

When I see some Australian person post something on a foreigners in Mexico City group page.

Word for word, this is what the post was…

“Does anyone know why Mexicans believe they are super heroes? Every single day in CDMX i see people crossing the road talking on their phone or just generally not caring or looking or not even walking faster when traffic approaches! Do they believe they have a forcefield that prevents a car, truck or motorbike from killing or seriously injuring them?”

Now, as of this writing, this comment got about 372 comments, 3 shares and 141 people reacting to it.

It obviously got a bit of reaction.

And based on the comments…

It sure seems not everyone reacted very positively to it.

Funny enough, the group admin seemed to turn off comments to this…

Maybe because too many folks were getting pissed.

But what were they getting angry about?!

From one Latino guy named Joey – “People who comments this kind of condescending BS should be deported.”

Next we have someone named Jairo who wrote – “You live in Mexico now so get used to it and stop complaining about trivial things. If you are here i imagine it's because of your own will so man up.”

Now we have a woman named Martina (who doesn’t seem Latina) who wrote – “the audacity to come to a foreign country and then complain about the people living in THEIR country...”

Then when asking if there is freedom of speech in Mexico, one woman named Andrea wrote “nope !! Go home amigo !!”

And this goes on and on with Martina writing “With all the discussion about race, white privilege etc. going on currently I'd ask for more sensitivity. Mexico is being shat on already by the States, and now someone foreign that lives in their country comes along and criticizes what they are doing within their country?! I don't think it's okay, I am sorry!! And I'm not even Mexican, soo...”

Which seems to give us at least one perspective as to why this post offended some folks..

Then that particular conversation goes on and some chick named Paty basically accuses the original writer of being a closet racist and xenophobic.

And to end it all, here’s one funny comment taking a stab to offend the original poster by a man named Jorge – “Wow, the white privilege is strong with you. I guess as an Aussie you probably come to Mexico with a colonizer attitude and want to treat Mexicans like you do to the Indigenous in your country? Before you trash another country, you need to stop riding your kangaroo and look at your own culture: You chug wine from silver bags and drink out of boots 🤢 You walk in supermarkets without shoes. Don’t forget that the dingos eat your babies in the God foresaken desert where you are from where all the insects can kills you. Anyways maaate, New Zealand is way better, Vegemite sucks, and you can put another shrimp on the barbie.”

But I think you get the idea…

There were a few hundred or so comments in that thread and I could go all day posting more and more.

But to summarize anyway some of the points here…

First, not everyone was offended – many even came to the defense of the writer so it varies by the person.

Second, the main arguments that seem to be against the author of the post by those offended were (from what I saw anyway):

Thankfully, the very first person who wrote a comment wasn’t a complete cunt and had a sense of humor.

Anyway, that’s ending it all on a humorous note I suppose and now let’s get serious with my own thoughts on the matter…

Since this type of post is not really the issue here..

But it represents an issue you might come across in Latin America which is why I brought it up.

So what’s the issue here really?

It basically boils down to two things really.

The first thing that comes to mind is the as nature of a foreigner coming to a different country and making a criticism.

Is that a wrong thing to do?

It varies greatly by the context.

It didn’t go too far in being too rude and also it made a valid point.

Perhaps a generalized one but where there is smoke, there is fire.

Generally speaking, Mexicans don’t respect the road as much as other nationalities.

But simply put, jaywalking is a bigger issue here and people not paying attention is an issue as well.

Though, if I was to comment more on this, I’d also say bad drivers is a big issue in Mexico and drivers wo seem intent on running people over is another.

But that’s an article for another day.

On top of that, her comment was posted on a Facebook page specifically for Foreigners in Mexico City.

Which, to me, seems like the perfect place to make a complaint about life in Mexico City.

“Heeeeeeey everytody! Todos and todas! Did you all know that Mexico is a shithole?! YEAH!! This place sucks dick! Trash everywhere, crime is abundant, too many people shitting and pissing in the street while fucking their cousins….Man, everything is fucked up in Mexico! Even the tacos suck! They give you food poisoning and well, I miss Taco Bell!”

Not saying things in that paragraph are true….

But you get the idea in that exaggerated example.

And you don’t stop…

Yeah, that’s different and it would be understandable why people get angry.

So in that sense -- context, what you say and how you say it all matter obviously.

And let’s be honest for a second – most foreigners, if not all of them, have or eventually will have things they don’t like about Mexico or any Latin American country.

And eventually will want to vent about it – get something off their chest.

Which is bound to happen – there are things in every country that will annoy and piss off the locals and also foreigners coming by.

And finally, if you are living in Latin America…

Where you have residency perhaps…

Or you have a family and children here…

Then you have every right than most foreigners to complain because, though some Mexicans may not like it, you are part of the community.

You might be paying taxes or raising a family that was born here or spent a decent amount of time here..

You are part of the community – you do normal things and live a life that doesn’t resemble a tourist really.

Though, in my opinion, tourists can complain too obviously but like I said before – context and all matter.

Especially as the tourist is the one spending money down here.

You spend money at a restaurant and it sucked – you can complain and leave after.

Or maybe it didn’t suck so bad and was decent overall but could use some improvements – so you might come back but obviously you write a review on Trip Advisor giving it 3 or 4 stars.

But there are other things now to mention as well that I think are relevant to this topic….

This is a belief that is mostly held – from what I have seen – by people who lean far left from more developed countries like the US, Canada, etc.

I don’t think I’ve heard a Mexican or Latino express this.

It mostly stems from a belief that works like this (and you can see elements of it in the attacks on the original author above).

Second, brown people never do anything wrong and how dare you criticize anything done by someone who is not white.

Third, brown people can criticize or hate things white people do – the reverse is fine but it’s definitely never racist even if sometimes it might appear so.

Fourth, any criticism of something a random brown person does – like jaywalking – is racist even if the original criticism made no reference to race (and even if said Mexican jaywalking was white perhaps).

That’s basically the foundation of the anger some of these folks had against the author that you can see above.

Where she was called racist (even though literally nothing about her comment was about race).

To basically using the logic of “you come from a developed country as a white person and therefore you are a colonizer for criticizing a common bad habit seen in a country with brown people.”

Which, to be fair, I don’t think there is anything “colonizer” about her comment as she didn’t necessarily show up on a boat with a bunch of invaders looking to literally colonize Mexico.

Either way, I do have to wonder how many of these folks who use this logic based on race…

Or those who get angry just in general about a foreigner making a simple critique like the one above..

Would also get angry if some Mexicans made a critique of life in the US while living in the US.

Of course, to be fair, you’d have people who would react in the same xenophobic and racist way against the Mexicans – “LEAVE!!”

But the ones critizicing this Australian woman would probably not get angry at said Mexicans for making a critique.

As they shouldn’t – free speech and any critiques are welcome.

But also the fact that some were calling this Australian lady “racist and xenohhobic” when some of their own comments reeked of racism and xenophobia.

By implying that white people shouldn’t have opinions or make any small critique such as the one this one woman made.

To getting angry at the thought of a foreigner making a small critique and demanding she get deported.

I guess it’s a projection in that way – assert that the people you hate are what you accuse them of being.

Hell, let’s grab some tequila and sit around a table and exchange critiques at each other’s country all day!

Anyway, all of this is a bit similar to this other article I wrote here funny enough…

Where some expats will trip over themselves to defend countries like Mexico even much more than Mexicans will at the sight of even the smallest critique.

To other expats who do justifiably need to be told to chill out as they roam Latin America constantly criticizing everything to the most exaggerated ways.

Both expats need to chill.

The final point here is the same up above – to summarize.

Which is that it is fine for any foreigner, of any race, to make a critique about any country but the context, tone and the truthfulness of the critique will determine how appropriate and fair it is.

And that’s all it comes down to.

Anyway, there is probably more that I could say on this topic.

But I will leave it at that.

If you have any comments or questions, drop them below in the comment section.

Or if you have a criticism of this article!

Don’t worry – I won’t demand your deportation and accuse you of racism and xenophobia.