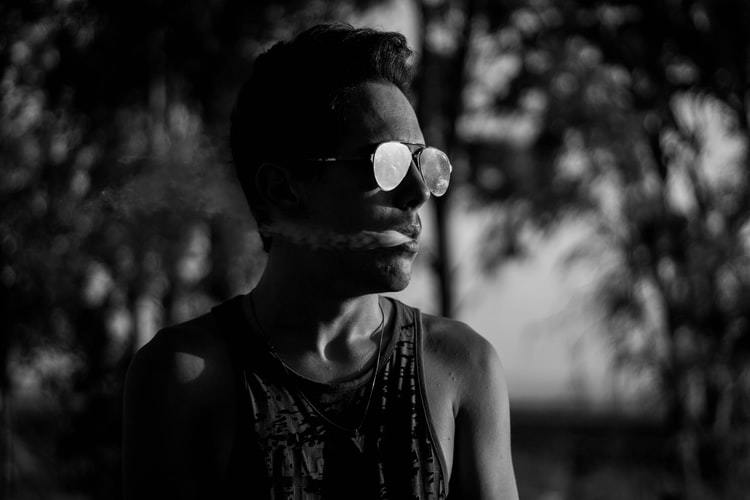 I had a door lady that would unlock the gate for people to enter and leave the building where my apartment was.

Well, we had different door ladies actually but they all had one common thing…

Yes, they were all Colombian, so naturally, they had sexy bodies – I know exactly where your mind was going!

But no, in all seriousness…

The one thing they had in common were that they always had trouble pronouncing my name right..

Even though I tried correcting it nicely a few times – they still either had problems or just didn’t care to pronounce it right.

So one afternoon, my girlfriend at the time – a white Colombian woman named Marcela – walked into the building with me.

As we got into the hallway, one of the door ladies said to me from behind “Buenas tardes, Map.”

That type of map?

Shit, I hope not…

But that is one variation of what she called me…

As well, among both the door ladies we had, I was often called things that were similar to Matt…

But not quite Matt.

Things such as “Map, Mapa (no fucking joke with this one), Mack, Mah, Max, etc….

Those were the usual names they went by.

So they are a bit warm to be fair – and a bit warmer than quite a few Latinos down here when they try to pronounce my name.

Because, to be fair, folks down here sometimes fuck up my name in ways worse than that.

To the point that, before, I used to tell people I was “Mateo” because I was always called Mateo by a Mexican couple at a Mexican restaurant in my home town for as long as I can remember…

So I am used to that name and also it works easier for Latinos than Matt for some reason.

The “th” sound seems to trip a lot of folks up down here – but that’s ok.

I rarely call myself Matthew anyway.

But these Colombian ladies at my former apartment were not the only ones who had issue calling me “Matt.”

And as said before, their efforts were more successful than other folks down here…

Now it isn’t just Starbucks and Burger King that have this issue down here..

“What, they have Burger King in Latin America?!?”

Of course they do!

Along with many other large American food chains.

And of course, I can already hear people complaining…

“You shouldn’t be eating Burger King in Mexico! How American of you! Terrible! Eat the tacos!”

Plus, Burger King and Starbucks are American companies and eating there is supporting my country in a way…

Never forget where you came from, vatos. 😉

Well, either way, there is a common issue you get when going to places like Burger King or Starbucks…

As you can imagine, “Matt” is often a hard name for people to get correctly.

But the workers at these places are usually a bit lazier than the Colombian ladies above.

Even if you go there often and they are not busy!

So what does “Matt” become in Burger King?

Well, as you can see in the photo below here…

In fact, it’s a Latino name!

And Starbucks has the same issue.

The worker will basically just write whatever typical Latino name comes to their mind first.

And so over the years, my name has went from Matt…

Now how does Matt become Alejandro?

One might argue that they simply heard it wrong..

But how do you hear what I said so badly that Matt becomes Alejandro?

And this happens regardless if they are busy or not.

So, often is the case, they could ask me for my name again to get it right.

Or ask me how to spell it.

And some do ask how to spell it.

To be fair, not all the workers are lazy down here.

One lady at a Starbucks in Cuatro Caminos of Mexico City wanted to know my real name after I told her “Mateo.”

And so she got it right.

Either way, it’s a funny aspect of living down here – how often my name gets translated into random Latino names like Pedro or Alejandro.

Not really annoying in the grand scheme of things – it happens.

More often, I will call myself Mateo for folks at establishments like Starbucks – particularly if they are busy.

But I also learned that to get my name right, you got to pronounce the “tt” of Matt or the “th” of Matthew a bit harder than normal.

And even then, not everyone will get it right.

Again, not a particular annoyance but just a funny aspect of living down here.

Funny how for a good deal of my life, I was called “Mateo” at the Mexican restaurant above.

And now I get called it a little more often down here as well.

The only other thing to add here…

Is that I find, despite my experiences at Starbucks or Burger King in Mexico…

That Mexicans are actually better at pronouncing “Matt” or getting it right than most other Latinos.

Compared anyway to a Bolivian, Colombian or Nicaraguan, etc.

You know, if you lived in China, maybe you would more easily understand names you come across in China.

But those are just my observations anyway about a minor aspect of living down here..

Which is that, unless your name is a name used in Latin America, it is quite likely it will be mispronounced or misspelled often enough.

That or maybe your name is, fortunately enough, just easy for Latinos to pick up when said.

And if you happen to be in Mexico…

As shown in this video below here..

Well, there are some names in the US that are picking up more commonly down here – Kevin, Bryan, etc..

Not Matt yet unfortunately…

And I can finally stop being Pedro or Alejandro!

Regardless, I got no more observations on this matter.

If you have any experiences or questions on this topic, drop them below in the comment section.