Visiting a Little Village in Colombia 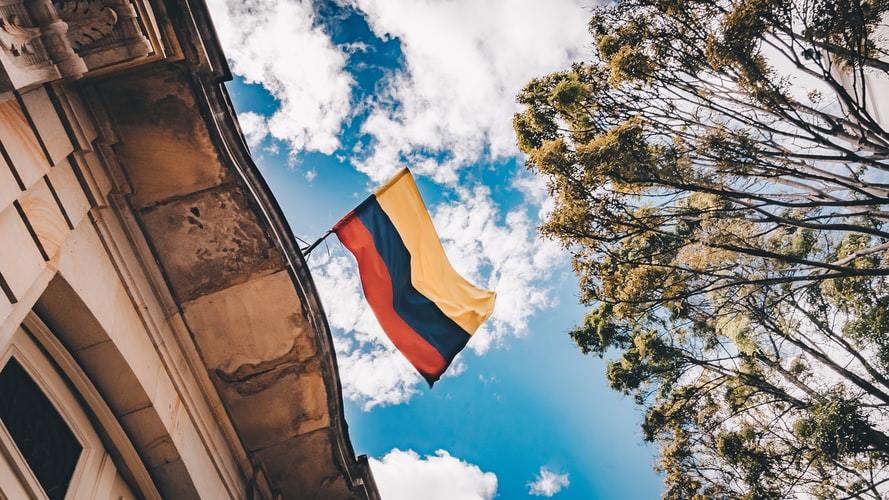 Back when I was living in Quilla, Colombia…

I ended up having a Colombian girlfriend that same city.

She was a white Latina chick about my age at the time.

Well, one day she came up with the idea of me meeting the rest of her family.

Her name was Marcela and after meeting her parents and siblings…

She wanted me to meet the rest of her family – or some of them anyway who lived in this tiny village.

Now I didn’t really want to go to this tiny village place outside of Quilla that was on the Caribbean Coast.

Truthfully, I knew our relationship wasn’t going to last forever because we were going to have to make it long distance as I would be going home soon…

And though we gave it a try, I suspected ahead of time that it probably wouldn’t work after I moved back to the US.

So I didn’t really want to meet the rest of her family if I had good reason to suspect this wouldn’t last forever.

Plus, the Caribbean Coast can be very hot – if you step outside of Quilla for just 10 minutes, you are probably going to be sweating quick.

So to now move out of my comfortable apartment and spend an entire week at a village with no air conditioning in this part of Colombia?

But she was persistent – she wanted me to go for an entire week.

I remember the first time she tried bringing me over…

On the morning of the day that I was supposed to go visit her family in this little village for a week.

I sent her a photo of me laying in bed pulling on my best “I’m sick” look.

Well, I didn’t use the ebola excuse but you know – I vomited, I’m sick, etc, etc.

Now she wasn’t completely dumb, she suspected this might have been bullshit.

But I sent her a picture of a few bottles of water that I happened to have laying around and told her “I’m dehydrated and bought this water because I feel bad!”

She accepted it and left it at that.

Afterwards, as I said, she was persistent and eventually got me to agree to a quick weekend trip – not 7 days but 2.

I might have a heat stroke but it’s for a good cause!

Heading to the Village

So from my memory…

We first got on a bus near her part of town – which wasn’t a very good part.

It was around the morning time when we were by that part of town and I forgot to bring an extra shirt with me.

So we walk to a store and see some Colombia soccer shirt – perfect!

We buy that and get on the bus that takes up somewhere.

Before we have to get off and basically finish the trip by walking a tiny bit but not much.

To which we then finally arrived to this small village if my memory serves right.

Now the place wasn’t that populated – maybe a thousand people at most.

It was fairly rural.

Either way, I got introduced to the rest of her family there.

Only Marcela, her mom and I think her younger brother came with us to this village.

And to be fair, it was a pretty chill place.

What did we do there?

Her mom cooked some lunch the first day – chicken and rice – which was pretty good. Her mom knew how to cook for sure.

And her family at this village were all pretty nice.

There were a few stores from memory – I ended up buying some water there.

Though it wasn’t hot there at all surprisingly – much less hot than Quilla.

It had a fairly moderate temperature with a nice breeze.

We ended up playing a little bit of soccer with some of the locals as well.

And ended up taking a nap – some little siesta or something.

Otherwise, nothing else really happened on the trip.

We ended up getting on some motorcycles and were driven back to a spot where we could wait for some vans to pick us up the next day back to Quilla.

It was memorable either way in that I visited the rest of her family.

And got to see a place outside the big cities in Colombia.

In my experience traveling around Latin America, I enjoy visiting the rural areas outside the cities.

Though it’s not something I ever do often.

I’m not really a fan of living in rural areas – especially in Latin America – but visiting them can be nice.

To really get a glimpse into life outside of all the touristy areas and see how life is.

Such as when I visited some villages in Chiapas, Mexico as my first trip to Latin America.

And being from a more rural area myself, it’s nice to see how life elsewhere outside the cities.

Because often those places are forgotten about but can be just as special.

With plenty of nice people to meet up with.

One of the negatives though is when you find someone xenophobic in a rural area.

But the people in this village seemed fairly nice from what I experienced.

Either way, definitely something I recommend others to do – visit more rural areas of Latin America when possible and see life outside of the cities.

And if you have any experiences or questions related to this topic..