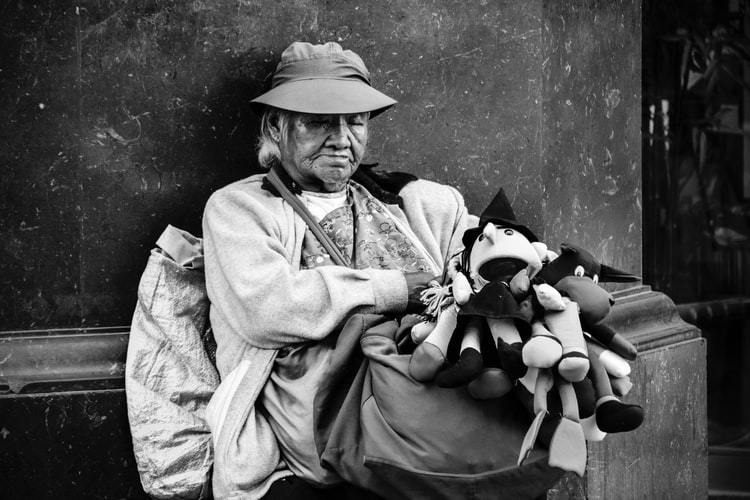 Back when I was walking about Xela, Guatemala years ago…

I was working for this NGO in a poorer area of the city.

Here’s a photo of the neighborhood below and here’s an article here more on my time there.

Well, when I was living there…

We had to at a few points check out the homes of different people who live in this neighborhood that we were providing a service for.

And basically we had to interview folks informally and just get some information on what their needs are and how things can be improved.

Among other things as well.

So anyway, I remember visiting the last house of an older woman with the chick who was running this NGO and another American woman about my age at the time.

She was working for this NGO at the same time I was simply to get more experience doing NGO work and practicing her Spanish.

Well, I wanted to try out how working for an NGO would be – see if it would be my cup of tea or not.

But also to travel mostly and to improve my Spanish as well.

Well, anyway, we were walking along on a cloudy day after visiting the last home for one of these trips…

“Didn’t you notice how happy she seemed?”

In this case, this American chick was referring to the very old lady who was living alone in the house we visited…

“She seemed so happy. And just compare her to any American you can think of...”

And she goes on…

“People in the US are just so depressed but everyone here just seems so happy despite having very little.”

Now that was her impression….

Just seemed like normal folks – not particularly all joyful or anything.

Just in a normal mood.

So I wasn’t getting where her “they seem so happy!” comment was coming from.

But I guess it stems from two things…

That on one hand…

Maybe she was expecting these folks to be on their knees just sobbing “WHY!!?!?! WHY AM I SO POOR?!?”

And that her perspective was maybe influenced by the belief that you don’t need much in life to be happy as well.

Well, obviously, despite how poor these folks were, they weren’t going to be sobbing or appear too distressed most likely to a bunch of strangers.

They just seemed normal and that was that.

Though, deep down, there very likely are issues at home that cause distress for them due to their financial situation.

Something we will get to soon enough.

This is similar to the comment “money can’t buy happiness.”

And every time I hear someone say that, I assume they are a dipshit.

Because, on the service, that is true.

But having money is nice in that, obviously, it makes it where you don’t worry about how to cover your bills.

Assuming you have enough money for the bills and are not stupid with money.

“Look at all these poor people! They should be miserable with nothing! But they are so much happier than everyone back home!”

In my experience, I have only heard typical hipster type folks say this shit down here.

Those who probably came from Portland, Oregon or somewhere similar.

Whose parents probably had enough money to send them down here and where they are probably comfortable back home.

Well, I suppose if the poorer Latin Americans living in conditions like like photos I have here are happier than Americans....

They wouldn’t be risking their lives and uprooting everything to migrate illegally to other countries.

Be it the Mexican, Guatemalan, Honduran or Salvadorian going to the US…

Or the Nicaraguan to Costa Rica…

Or the Bolivian to Chile or Argentina…

Or the Colombian to Chile…

Or the Venezuelans to Colombia, Peru or anywhere else really.

Suffice to say, such mass numbers of people uprooting their lives to live illegally somewhere else might suggest that life for a lot of these folks isn’t as pleasant as Miss Hipster Chick from above would suggest.

Of course, there are reasons for why folks do that.

For one, economic reasons – lack of good paying opportunities in their area.

Which is the same reason why plenty of folks move from rural to urban areas.

As you can read about here in Chiapas, Mexico where indigenous communities often experience violence.

Also, the lack of services to some rural or poor urban areas as well might influence a move for some folks.

Be it lack of good  hospitals, schools for their children, etc.

For example, the NGO we worked for in Guatemala provided services to watch over children in the neighborhood.

Giving mothers of the neighborhood more free time to find employment and work to bring home an income.

While also making it easier for the children to have a better childhood free from working a job and moving up in their education.

Among other reasons too I’m sure for why folks move to other locations.

But those are the ones I hear the most about.

And of course, on the other hand…

You can say “well, Americans have more credit card debt and more stress from that debt…”

But their material wellbeing is better off – the average American has a nicer looking home than the average Guatemalan, I guarantee you that.

And while material wealth isn’t everything…

It sure does make people more comfortable and is nice.

Ask the average person on the planet…

Which home they would rather live in – the one in the photos here or some of the apartments or homes in the US.

Granted, we have plenty of folks living in bad living conditions also so we aren’t perfect…

And while there are plenty of Guatemalans living in better living conditions than the photos here.

With better labor protections than the average Guatemalan most likely…

And so on and so on…

With less of a feeling that they need to go live in another country illegally due to financial or security reasons.

That old Guatemalan lady might not have been putting on a show for Miss Hipster Chick sobbing “I LIVE IN BAD CONDITIONS!!”

Plus other areas of Guatemala and Latin America…

Are quite bad that the stress of them – financial insecurity, violence, etc – cause more stress than “credit card debt” or whatever it might be in the US.

It is clear that money can only bring in so much happiness anyway.

As, according to this study here, there is a correlation between income and happiness.

Basically up to a point where your needs are met and you feel secure basically.

You can check it out if you want.

So I’m not saying you need lots of material wealth to be happy – definitely not a private jet with a bunch of Colombian prepagos and vodka and rumba….

Though that would be pretty cool…

But it is nice perhaps to live in an area where you got decent schools, hospitals, etc…

And that there is decent enough employment..

And where living conditions at home look a little bit nicer than the photos in this article here.

All of that would make anyone happier obviously.

So are the poorest of Latin Americans happier than Americans?

I mean, I’m sure there are plenty who are.

But if I had to choose a country to be poor in – the US or Bolivia – I’d pick the US any day.

There’s no question about it.

Or if I had to pick being poor in my home town or be as poor in the neighborhood you saw above....

Again, my home town wins easily on that one.

So those are my thoughts on the matter.

There’s an element of truth to what that American chick said – that material wealth doesn’t necessarily bring happiness – up to a point.

But her romanticization of their poorer living conditions – which she went on about more than this article shows – is a bit dishonest or naïve.

Either way, if you have your own opinion, leave it in the comment section below.