Specific Types of Latin Food I Like the Most 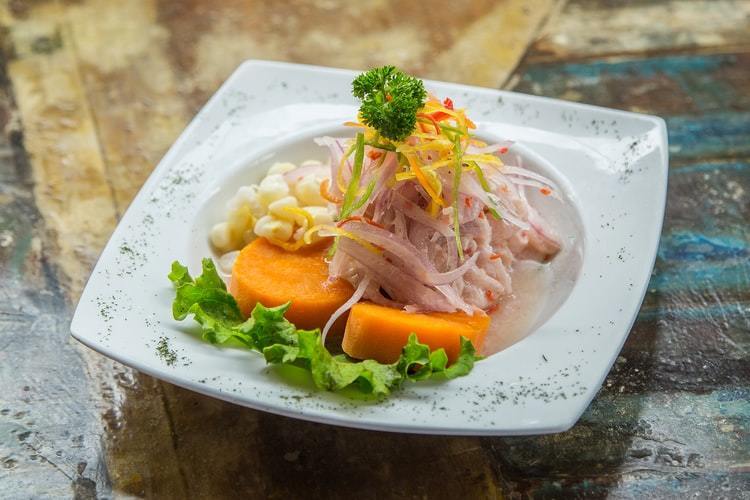 Over the time living down here, there are some food items in Latin America that I simply like more than others.

Granted, not every country down here has amazing food – places like Bolivia or Colombia could work on their cuisine a bit.

And, to be fair, places like Mexico and Argentina tend to make up more of the food that I like the most.

But either way, what I like tends to come from different countries.

So let’s get to it regarding what I like down here.

Fajitas are actually my favorite food down here.

Just all around they are very tasty and have plenty of meat with other ingredients.

Anytime I am at a Mexican restaurant – if fajitas are available on the menu – then I am ordering it.

Unfortunately, I haven’t seen too many places with fajitas in Mexico over my years here but you do occasionally find a place or two that have them.

Flautas are another type of food that comes from Mexico also.

Thankfully, it is much easier to find flautas down here than fajitas at least.

There’s only two complaints I have about how fajitas are made in Mexico:

But even without the cream cheese and melted cheese, they still taste pretty good.

To be fair, I’m not really sure where this food item came from.

But I first came across it in Colombia and have seen it served in Mexico as well.

Though finding this in Mexico seems to be a little bit tougher in my experience – at least in Mexico City.

I’ve only seen salchipapa near Metro CU area and it was tasty but fairly basic.

Though I will often criticize Colombian food, it is the country that I have seen does salchipapa the best.

When I lived in Barranquilla, it was much easier to find salchipapa and for it to be more than just the usual ingredients.

To have chicken added to it for example or other options that some restaurants had.

Though you can find empanadas in other countries, Argentina by far does empanadas the best.

Empanadas in Paraguay were OK when I tried them but not very memorable.

Even the worst empanadas I had in Argentina beat empanadas anywhere else.

The meat is higher quality and the empanadas are prepared better.

Makes for a great snack or an appetizer.

Pastes are pretty similar to empanadas – they are meat filled pastries.

Popular in the Mexican state of Hidalgo.

To be honest, from a foreigner’s perspective, they are really not much different from empanadas.

I used to disagree with a friend of mine about it – that they are basically empanadas.

“No, no, the pastry itself has a different texture!”

Well, regardless of how different they are – they do taste good.

And deserve a place here.

Arepas is one of the other things that Colombia – and Venezuela – does well.

Unfortunately, I don’t think I have ever seen one in Mexico City despite this place probably having a Colombian restaurant somewhere.

But if you happen to be in Colombia or Venezuela, definitely give them a try.

I guess this isn’t exactly what people think of when it comes to “Latin dishes.”

But it definitely deserves a mention – Argentine Steak Houses are common in major cities for a reason.

Which is that Argentina has a good reputation for high quality meat and some of the best steak I have ever had was from Argentina.

This is a food item from El Salvador that is pretty tasty.

I haven’t had one in forever but it always stayed in my memory as one food item I really enjoyed from Latin America.

If you happen to visit a restaurant that serves food from El Salvador, give it a try.

Basically a Brazilian stew with rice and chicken.

It is very tasty and you can find it in Brazilian restaurants easy enough probably.

Or at least I did when I was there.

And was something I have seen in Brazilian places outside of Brazil.

These are basically little cheese balls or cheese bread I guess you can call it.

Very tasty and makes for a nice little snack.

I remember Colombia had something similar but I’m not sure if they ever gave it a name.

But it is tasty and recommended to try in Brazil also.

Given that Mexican food is my favorite Latin food, obviously I’m going to be putting this on the list.

Basically these are Brazilian chicken wings.

They taste great and is just another example of how well Brazil does meats down there.

Someone will complain “there’s more to Latin food than tacos!!!”

Give me a break – they taste great!

And most people agree – another reason for why it should be on this list.

Hard to describe this type of food.

I can always find these when I go to Brazilian buffets and recommend them.

I know when people talk about popular Latin American foods…

They also tend to bring up Peruvian food.

There isn’t really any food item from Peru that I like more than the foods on this list.

But Peruvian food can be tasty for sure.

Most often people bring up ceviche – but I’ve never tried it because I don’t like fish.

But given the reputation regarding Peruvian food, I figured I might as well include it here.

Anyway, there’s obviously much more to Latin food than what is mentioned here – this is simply a list of what I personally like the most.

If you have anything you like – even if it’s Bolivian food – let me know in the comments below.