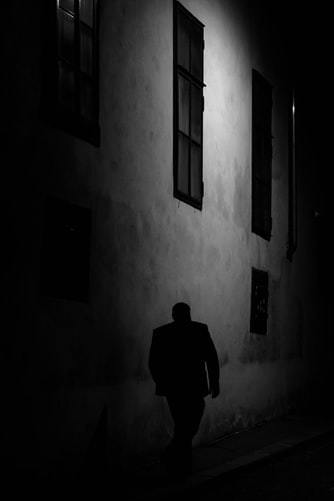 Laying in my bed.

Lights still on since it was just a nap.

Reach over to check the time – around 9 PM.

I get up and look at myself in the mirror.

Hair all fucked up.

I get ready to go out – pants on, hair combed, money in pocket.

Off to get some food.

Walking downstairs and I grab a bottle of vodka to take a quick sip.

Before I grab the keys from the kitchen table and walk out before the Burger King nearby closes.

Living in Pachuca, Mexico at the time – you find that a lot of places close early compared to what I am accustomed to in Mexico City.

So once outside, I take about a 5 minute walk to the nearby city center with its big historic clock.

As you can see in this photo here.

Obviously at night though.

Either way, before I get to Burger King…

I noticed this skinny motherfucker was following me.

Some dude who looked sketchy as hell who was eyeballing me.

Looked like some homeless guy or whatever looking to rob me maybe?

Either way, he doesn’t try anything and I keep on going to Burger King.

Now, now – I know what you are thinking – Burger King in Mexico?

Shouldn’t I be enjoying Mexican food every day?

Look, I’m not going to eat enchiladas and flautas every god damn day of the year.

I finish my meal and walk out of the building.

I see a bunch of people all surrounding something or someone.

So I walk on over to see what the issue is.

Upon walking up to the crowd, I see a bunch of folks all surrounding this random ass dude laying on the ground.

He couldn’t have been older than 25.

And he had his eyes open.

Anyway, the guy looked a bit like the dude I saw earlier stalking my ass.

If I had to guess – it was him but I didn’t get a good look at the motherfucker who was following me as he was an x amount of feet anyway.

So I guess it was him.

Was he on drugs or drunk?

That’s what I assumed.

But I asked an older woman who was standing there about what was going on.

She told me that this dude was with another dude in the area.

When supposedly they went after some group of two chicks and one dude.

Supposedly the two had started bothering this group of chicks.

And the dude on the ground had grabbed the ass of one of the chicks while the other dude tried to rob a purse.

But then the dude in the group – who maybe was standing next to them at the time or not – came in and punched one of them.

I’m not sure who he punched but I’m guessing the dude on the ground.

Anyway, the other dude wasn’t able to get the purse he wanted – I guess the chick was able to hold onto it and stop him.

But he pissed off – I don’t know if they ever caught up with him later but they didn’t catch him in the moment for attempted theft.

Anyway, it seems pretty clear that this dude is awake but he happens to be just laying on the ground with his eyes open.

I guess he was trying to “play dead” in hopes that the skinny ass boyfriend or whoever the dude was with them doesn’t kick his ass.

Or that the larger group of Mexicans surrounding his body don’t kick his ass either.

But it seemed pretty clear that they were basically just surrounding him to keep him there until the police show up.

And they do – I must have shown up in the earlier seconds after this happened since the police weren’t there already.

The center of Pachuca tends to have a good enough police presence around so it wouldn’t take more than a minute or two for the police to show up, I think.

Though it is Latin America – my experience with the police down here has often showed me that they can be a bit incompetent, slow and corrupt at times.

A cop dude shows up and gets the basics of the story by one of the chicks that I assume was attacked by this group of two dudes.

She seemed relatively calm despite the circumstances – having experienced sexual assault and attempted theft.

And the cop guy just takes notes while calling in some more cops.

Then a female cop and another male cop show up to the area.

Meanwhile they start questioning the group that was attacked by these two dudes.

In particular the female cop was seemingly giving the guy of their group a harder time – not too rough on him but she seemed hung up on the fact that he punched the dude on the ground.

But either way – they got his details in case they need to contact him and they wrote down the details the chicks were giving.

Including details about the other dude that went running – where did he run to and what did he look like.

During all of this, the dude on the ground tried getting up slowly and it almost seemed like to me that he was contemplating how to sneak out of the scene.

Probably not going to work.

One of the male cops tells him to stay put and on the ground.

Some minutes later, they pick up him and he doesn’t resist – and they take him away to some vehicle and off they went.

The point of this article is really to briefly discuss the issue that women can sometimes face down here in regards to sexual assault or harassment.

While this is an issue that happens everywhere in the world…

It seems to me, according to other travelers on travel group pages and such, that the issue can be a little bit worse in places like Mexico City.

Granted, I don’t have any personal experience with this obviously.

Outside of the occasion from time to time of seeing random chicks get harassed on the street.

Like one time in Roma Norte in Mexico City, a group of dudes from a truck started yelling a bunch of stuff at some random Mexican chick.

And they drove off while she looked visibly pissed off.

And started to walk back and forth mumbling a bunch of shit before pissing off somewhere.

Then there’s another chick I can think of – this time in Colombia – where I was sitting down eating some salchipapa with an ex girlfriend of mine.

Late at night in her neighborhood.

When some chick in a dress was walking by and some skinny ass dude started yelling at her “mami…mami….donde vas!??!”

Before she decided it would be best to just get in a taxi and piss off somewhere as fast away from him as possible.

Furthermore, some Mexican chick posted on a Facebook group page some months ago about her experience in the metro in Mexico City.

To which he followed her off the metro train and she reported him to the first cop she saw.

Well, basically the police told her that they won’t be able to do shit against him legally but they can kick his ass for her if she wants at the very least.

To which they supposedly took him away somewhere and did just that.

Anyway, supposedly the issue of sexual abuse has gotten worse in Mexico in 2019 according to this here.

Granted, again, is the issue of sexual harassment and assault worse in a country like Mexico than elsewhere?

I just know it can often be an issue.

I do remember seeing someone asking how bad is this issue in Mexico.

And a bunch of women – tons of them – from all over the world from the US to Brazil to wherever else – were saying it is worse in Mexico than where they come from supposedly.

If I can ever find that Facebook thread again – and I did try looking for it – or something similar – I will post a screenshot of it here so you all can see word-for-word what others say about this topic in Mexico.

So I will leave it at that – I couldn’t find any studies comparing sexual assault in Mexico to the rest of the world but supposedly it can be an issue.

And is something to consider – especially if you are a chick.

But that’s the topic for the day.

Got any insight of your own regarding this issue?