Points of Consideration for Moving to Latin America 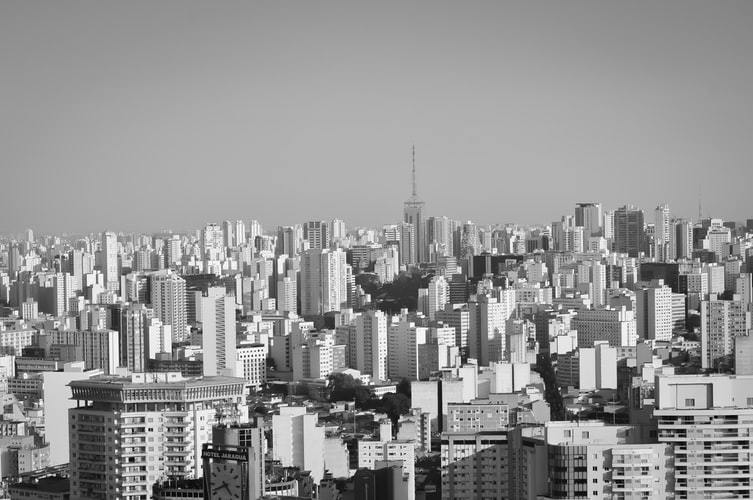 Some good while ago…

I was talking with a friend of mine named Bryan.

He’s another American who has spent roughly the same amount of time that I have in Mexico City.

About 3.5 years as of this writing.

Well, when he traveled to Mexico City…

He had 3 goals that he wanted to achieve while living down here as a young man in his late 20s:

Well, after his 3.5 years living down here…

Has he achieved his goals?

In his words anyway.

I mean, he does speak Spanish and has lived in another country.

But who knows – he always talks about his latest hookups so I guess he’s content with it.

In fact, he plans on leaving Mexico City for good in the coming year or so once things go back to normal beyond the coronavirus recession….

And head back to the US for good.

He’s done what he wants and that’s it.

Well, as I wrote here, I’m mostly here for the lifestyle I can have living in Latin America and how that benefits the quality of my life.

So I don’t have any plans on returning anytime soon.

At any rate, prior to the coronavirus recession, there were more and more people traveling abroad every year.

Many of them even planning on living down here as well for lengthier periods of time.

Once things go back to normal, I imagine we will see similar patterns again in the coming years.

And some of those folks might be asking themselves – “should I live abroad?”

“Should I live in Latin America?” to be more specific.

Since I can’t obviously speak for Asia, Africa, the Middle East or Europe…

Well, the question is a tough one since it’s so personal for everyone.

I will first address five major points that you should consider.

And then we will look briefly into some of the reasons for why people would argue for or against living in Latin America with my own thoughts after each reason.

But that will be included into a second article that you can find here.

1st Point of Consideration: The Goals

What the hell are you trying to achieve by living down here?

No, seriously – what the fuck do you want to achieve?

Stick your dick in some Latinas? We got Miami and Texas for that.

Scared of a left or right wing president? Well, we got blue and red states in the US.

Granted, I’m just trying to get you to think here…

Ask yourself first if you can achieve back home without having to relocate.

And if you do believe that relocating would be better – ask yourself if it’s necessary to make the move for the rest of your life or maybe it would be better for this to be a short term thing.

He achieved all of them.

Mission accomplished – the Latina pussy has been….

And he did it all while speaking Spanish in a foreign country.

Now he might be going home in a year or two.

So, in all seriousness, I’d ask yourself…

I’d ask yourself if you have plans on establishing greater roots down here anytime soon.

You know – things beyond smashing pussy and trying to figure out which bar to watch sports at.

Want to have kids someday?

Thinking of buying a house?

Maybe you get married and your girl wants to move to the US?

Not always likely – any girlfriend I have had down here never wanted to.

But it could happen.

In that sense, major commitments might drive you to eventually make the move back home.

It might make more sense to raise your kids in the US for example.

Perhaps housing prices are better back home compared to the specific places in Latin America that you want to live in.

Though there is plenty of very affordable housing down here to be fair.

Either way, it’s not too uncommon to hear about gringos who decide to relocate back north of the border after deciding that it would be wiser to pursue bigger commitments up there instead.

Here’s a great article by the way by a man who lived for many years in Peru and ultimately made the decision to move back to the US due to what I am talking about here.

Regarding major life decisions that have to deal with business, buying a home and raising children.

Well, there are some alright rock bands down here….

But you’d be better off in the US.

Though the sex and drugs part…

Well, like Bryan, there are plenty of gringos who are down here for that reason.

I’ll just say that it’s not too common in my experience to see gringos staying down here forever because of that.

And some do actually live here until they die!

But the typical “sex tourist” and the like, from what I have seen, tend to either visit this region for brief periods for that fun before going back home a week later…

To maybe spending some years down here like Bryan before going back home.

Though, like I said, many do stay long term.

I’d just caution against it for most – unless that is truly all you want in life, then I’d suspect you might end up going back home anyway and not staying down here forever.

At any rate, this goes along well with the 1st point of consideration but its common enough to see gringos going down here for these reasons that I felt to mention it as a separate point.

4th Point of Consideration: Anything Tying You Home?

Not much needs to be said here but I felt it should be briefly mentioned.

Obviously, if you have deeper ties to the US – a mortgage, children, a car payment, etc…

Then that will obviously complicate matters and should be something to consider.

Though you may not be the first one to think of that….

Mexico is where you'll find me somewhere round' the fuckin' border

Hangin' with the finest women, walkin' wit' a gansta limpin'

Drinkin' on a case of DP, goody green you know we wit' it”

This is an ironic point.

Many people talk about how nice it is to live in Latin America because of the low cost of living.

“I can live on 500 dollars a month while chilling on the beach smoking Cuban cigars, drinking mojitos and have big booty Latinas suck my dick all under the sun.”

You can do that!

Well, if you can find a beach that is isolated and doesn’t have anyone watching her suck your dick.

But I would just caution anyone against that for a second….

Now, if you have a retirement fund working for you, then this might be OK.

Because it’s not uncommon to find younger foreigners down here who are busting their ass working long hours just to make 500 bucks a month.

Imagine working 12 hour days in front of your computer writing 5 dollar articles on Fiverr about “the top 10 Astronomy Conventions for 2020” for Mark Jerkins from Gary, Indiana….

All the while you haven’t been outside in 72 hours and are stuck eating cheap ass pasta at home for lunch and dinner.

Don’t even think you can afford breakfast!

Then Mark comes back at you – “motherfucker, this article ain’t right. Edit this, that and everything else!”

“Yes, daddy” is your response.

Meanwhile you be blowing smoke up your friends’ asses about how “man, I got the good life! I only spend 500 bucks a month, I got Latina hoes sucking my dick, I’m my own boss and life couldn’t be easier!”

Meanwhile your “Latina hoes” are these fatass chicks with herpes warts on their pussy lips.

Who you got to hustle into your place so nobody in the neighborhood be judging for porking fat chicks.

And you are your own boss, are you?

So instead of being stuck in a cubicle working for THE MAN, now you are living in some shitty neighborhood writing articles for below minimum wage for VARIOUS MEN.

So independent, so self-employed, so much better than those with salaried incomes

And, given you don’t make any money beyond that 500, you don’t add anything to your savings anyway.

How the fuck you think this going to look when your ass ain’t 20 no more and now you 40 or some shit?

So just put that mental image in your head – I ain’t saying it will be like that and you can definitely make good money online.

Hell, you can even fuck normal lookin girls down here too!

But the basic point here is your quality of life isn’t going to be better if you shitting out Fiverr articles for 500 a month and you working 12 hour days.

So take the longer picture here into consideration…

What path do you realistically have for making money that can sustain you beyond paycheck to paycheck?

What will your savings be able to look like in 5 to 10 years into the future?

I know of this one dude down here in Mexico who, if I remember right, only makes literally just 500 bucks or some shit a month doing Youtube videos.

And, of course, this ties up to a previous point of consideration – no fucking way you buying a house or supporting kids on that budget.

As I said, this will be just part 1 of considerations for moving to Latin America.

Since this article is about 1,900 words, I think it will be better to just split the article into two.

This one for considerations to take for anyone.

The next article, which you can read here, will be focused on the different reasons for why people move to Latin America and my thoughts on them.

So, if you want, just click here and you can read part 2 of this topic.

Got any questions or comments yourself? Drop them in the comment section below.