The Coffee Triangle: A Beautiful Corner of Colombia 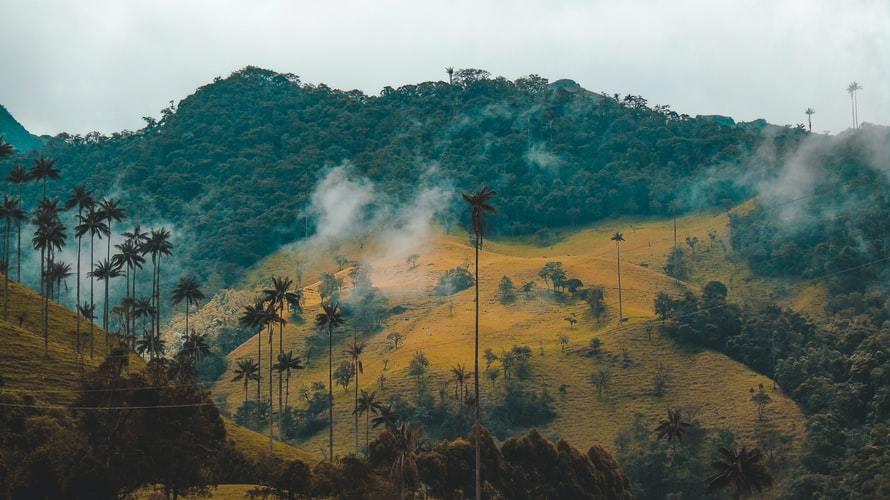 When I was living in Colombia for about 7 months, I was mostly chilling on the Caribbean Coast in a city known as Barranquilla.

However, I would occasionally take trips outside of the city to see more of the interior of the country.

In this case, I decided to plan a trip to a part of Colombia known as the Coffee Triangle.

Some of the more notable cities in that area include places like Pereira or Manizales.

And they are increasingly growing popular with more and more foreigners as more of them exit Medellin to check out other points of the country.

In fact, Pereira even has an entire website dedicated to it that you can find here.

At any rate, there are many advantages to this part of Colombia.

First, it’s not too dangerous for the most part. Some might find a city like Pereira to be a bit shady but I found it to be fine overall.

Especially when compared to Barranquilla.

And if you have enough travel experience in Latin America, then Pereira will probably be fine overall.

It’s a small little city that can be boring to some but also peaceful to others.

Meanwhile, Pereira and Manizales (and other cities in the area) are relatively cheap compared to the rest of the country.

It’s also known as being a place for having very attractive and easy women if you are looking for that.

Plus, on top of that, and what I like most about this region, is the immense natural beauty outside of the city.

And this will be one of those articles that briefly sheds light on one of the gems of Latin America.

As I wrote about here or here…

There are various points of Latin America that have so much to offer in terms of sightseeing.

And is one of my favorite aspects of living down here.

So let’s briefly cover some basic facts about the Coffee Triangle of Colombia and then go into my experience visiting this place.

About the Coffee Triangle of Colombia

Often considered as producing some of the best coffee in the world, Eje Cafetero produces a majority of the coffee that comes out of this country.

The main cities of this region are Pereira, Manizales, Ibagué and Armenia.

Being part of the Paisa region of Colombia, it also should be noted that the fictional advertising icon, Juan Valdez, is a paisa farmer.

In Colombia and other parts of Latin America, you then might see an occasional café here and there named after Juan Valdez.

Finally, there are various points of interest in this region that might appeal to anyone.

There’s also the volcano Nevado del Ruiz that is not too far off in the Los Nevados National Natural Park.

Though I have never seen Los Nevados personally, it is definitely on my bucket list of places to check out during my time in Latin America.

Perhaps when I visit Colombia again…

Either way, as you can probably guess by now, there’s plenty of parks, green spaces and hiking areas all over this region.

It truly is a gem in Latin America in terms of the amazing sightseeing available in this part of Latin America.

And definitely worth a visit.

Have some coffee in the morning and enjoy all of the natural scenery and hiking trails available.

Anyway, those are some basic facts about this place.

Let’s get into my experience now visiting the Colombian Coffee Triangle.

Before flying in, I remember looking up prices for different flights.

One thing I noticed was that flights on websites like Expedia are notably more expensive than flights on the actual website of the Colombian airline company Avianca.

Anyway, I got onto the plane and landed in Pereira if I remember right.

Once I got there, it was later into the night from what I remember and I got looking for my hotel.

It was fairly close to Plaza Bolivar from what I remember.

Which, from what I remember, is one of the main plaza areas of the city.

My initial impression of the city – and my impression in the later days – was that it wasn’t the nicest looking city but it wasn’t terrible looking either.

Seemed a bit lacking in character in terms of how the city looked and some parts did look a little bit shady.

Another thing I noticed was that it was much easier to understand people than in Barranquilla.

Generally speaking, the accent in Barranquilla and the broader Caribbean Coast of Colombia is a bit rougher for most folks to understand.

Well, the next few days I got to enjoy what I came for – the beautiful natural scenery in the countryside.

Since it’s been maybe about 5.5 years roughly since I took the trip to this part of the world…

I don’t remember everything very well in terms of how I got from one point to the next.

I went to see that first as you can see in the photos above.

There was some restaurant to the side of it from what I remember and I think an hotel also but I didn’t stay at the hotel.

The food place though was pretty alright.

I had to go to some other place as you can see in the photos below here.

Before ultimately hiking through the Cocora Valley as you can see below here in photos.

Funny enough, during the hike, there was a cow blocking the path that got aggressive with me but it didn’t do anything.

It seemed like it was trying to be threatening though for some reason.

Anyway, the hike continued and I stopped by this bird house as you can see here.

From what I remember, there was somebody there who offered me a little snack or something.

Finally, here are some last photos of my trip that show some of the amazing scenery you can see in this part of Colombia.

I finished up my last night of the trip at some steak house that I think was in Manizales.

It was some Argentine steak house and literally had some of the best steak I had ever tried in my life even up to the point of this writing.

If I could remember the name of the place, I’d write it down here.

Anyway, was the trip worth it?

Definitely worth a trip and I will check it out again whenever I plan on revisiting Colombia in the future.

Here’s some videos anyway of some of the scenery you can see in this area.

If you got any comments or questions, drop them below in the comment section.

Loved it there! One of my favourite parts of the world.

It’s definitely not a bad area. If I wanted a calm quiet city that was much smaller than Mexico City to live in, Pereira or Manizales work well.