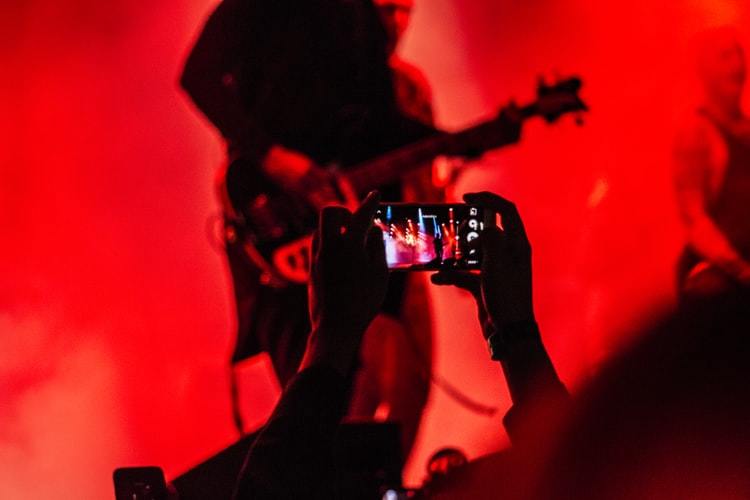 It was the afternoon but starting to get dark.

At any rate, I went to a bar with another American named Adam.

As he had some important role in the Union and they often represented Latinos in Massachusetts.

At any rate, we got to the bar we were going to…

It happened to be a bar mostly for foreigners from the looks of it.

Just a lot of gringos there in general.

So we sit down and order some drinks…

The night is going on as we are watching some Soccer game that was going on.

I think Copa America was going on at the time but I don’t remember well.

Either way, as we are talking…

This British dude – a bit older than either of us…

This British dude who probably could have been in his 60s was sitting next to us and was there when we showed up.

First with the basic introductions – “where you guys from?” and more…

Before it got more interesting!

Now for you Rolling Stones fans out there..

I just want to let you all know that I have you all beat.

Because if you haven’t met the secret inspiration to the Rolling Stones and one of its earliest unknown members….

Then you obviously are not a true fan of them.

Mick Jagger don’t got shit on this guy.

His name was David from what I remember.

Now, keep in mind this man did seem a bit on the older side so perhaps he was around London in those days…

But he claimed that he used to perform with the Rolling Stones in their earliest performances at small bars in London before they ever took off.

As were his words.

Well, I found it entertaining.

Adam didn’t but didn’t say anything – he felt the guy was full of shit.

Full of shit, was he?

Shit I wasn’t there – maybe he did party it out with Mick Jagger!

Maybe they really were performing together at small bars in London before they got famous.

And why did he leave?

Ah, Big Susan made him give up the dream!

“It’s not going to work out – you need a career and I want a family!”

Well, unfortunately for David, it sure seems like he gave up on something big before it took off, I suppose..

And while his story may or may not be bullshit…

David is not the first man I ever met to claim a wild life before moving to Latin America!

And he did buy me and Adam a beer for entertaining his story.

So would such a nice guy ever tell bullshit stories?

But speaking of dubious claims…

Ever wanted to meet a man who helped organize the killing of JFK?

“It Was a Wild Year”

Oddly enough, at another place for gringos to hang around…

Back when I was visiting Potosi, Bolivia…

And the reason why I got stuck was because a major protect erupted where the protesters ended up blocking the entrance and exit to the city.

So I had to stay there for a short period of time until the police and others could organize something for people who want to leave.

Anyway, while I was there, I met a young German guy who happened to be traveling around South America at the time…

There happened to be another foreigner there as well.

Now there weren’t too many foreigners or people at this place when I was there.

Either way, this other American dude was a bit on the older side as well but I don’t know his exact age.

He could have passed for 60 perhaps.

And was living actually in the single room next to mine from what I remember.

Anyway, this guy had one hell of a story!

To which basically they were hired…

He didn’t know – he was “just one of the low level guys” in his words.

But they had to kill JFK because of his Cuban Embargo and also because of concern that JFK was going to attack Cuba.

That’s what he claimed he was told anyway.

So while he didn’t shoot JFK..

He helped, in his words, organize the shootout.

Were there other shooters?

Or was it just a lone shooter?

He claimed that they had multiple men in the area to do the job.

His involvement anyway was to help plan it out logistically.

Which sounds like a more important job than for someone who claims to be a “low level guy.”

The story goes on…

He eventually had to leave the US.

Not because of his claimed involvement with killing JFK…

But because he claimed to have shot his wife when he discovered her to be cheating on him!

With “a damn Dominican” were his words.

Now why didn’t he just move to Cuba then and why Bolivia?

“Cuba would be too obvious to find me” he argued.

Well, bullshit or not, his story was entertaining!

And if true – sure sounds like has a more interesting life than me.

Though most (including myself) would suspect that it is bullshit…

Although maybe not as farfetched as this next guy here…

At least not as crazy….

Finally, while living in Bolivia for a few months in Cochabamba….

Damn, what is it with gringos in Bolivia and crazy stories?

Must be the right place to retire from the crazy life…

I was working for some NGO that had a ton of foreigners there.

Anyway, there was an American guy there who wasn’t as old as the previous two folks but was, if I remember right, 47 exactly in his words.

Well, his name was Scott if I remember right.

What was his story?

I met the guy for the first time when the NGO was hosting some movie event at the building it had.

They often held events for the gringo members.

Here is a picture anyway of the movie event that was being held that I took.

It was some locally made movie about the effect of Spanish colonialism on South America.

Anyway, I met Scott there as he approached some group I was with after the movie…

We were having some drinks between myself and some other young foreigners there as well.

One guy named John who was close to my age that you can read more about here or here.

And this guy named Scott approaches us for small talk as all of the people working for this NGO were just hanging around, having drinks and talking.

Anyway, moving forward a bit after an hour or so of conversation, we all decide to go grab a beer or two at a nearby bar.

And some food also – it was some hamburger joint that the owner of the NGO – a guy named Alex – really liked.

And it had good food.

So John, Alex, me, Scott and I think another dude all went along to this bar/hamburger joint.

And what was his story?

Well, after maybe a fair share of beer among all of us…

The guy feels comfortable talking about his “dark past.”

He claimed that he helped Paul Bilzerian commit tax fraud and hide “millions of dollars” in different locations around the world.

Now, for those who don’t know, Paul Bilzerian is this guy you can read about here who was indicted in 1988 for tax and security fraud.

For the younger folks out there, he is the father of Dan Bilzerian – the guy you can see below in this video here who often posts photos of himself with tons of hot chicks and has lots of money.

Anyway, a lot of people claim that Dan Bilzerian got lots of his money from his what his dad did – though, as you can read here, Dan denies that.

Either way, Scott claims he was the one who helped Paul hide the money away and commit tax fraud.

Before ultimately having to leave America due to concern about getting indicted by the feds for his supposed cooperation with Paul.

Of course, the story doesn’t make too much since given the guy’s age.

Shit, maybe he was a very intelligent 20 year old?

And how long had he been in Latin America?

Though he didn’t speak Spanish at all from what I remember.

Although, to be fair, there are gringos down here who spend a long time in LATAM and never learn Spanish.

And it’s what I believe.

Again, you never know – maybe he was just a well-connected and talented 20 year old when this happened.

But getting to the point now of why I am writing all of this….

The Countless Tales of Many Gringos

Unfortunately, I don’t have too many other “seemingly bullshit” stories.

But they wouldn’t be anywhere near as ridiculous as the ones above – hence I don’t remember anymore.

The ones above take the cake for sure.

I simply haven’t encountered this type of gringo in a while.

You will likely come across the occasional gringo that looks like the one above.

The type of gringo who has crazy stories on his life before moving to LATAM.

And they could be anything from what I have seen!

It’s an aspect of living down here that comes with meeting other gringos.

If they offer a free beer – take it.

But regardless, have a drink and enjoy the story.

Don’t worry about how much bullshit is in the story – what does it matter?

What are you the FBI planning on busting the guy who claimed to help kill JFK?

It doesn’t make much of a difference how much bullshit the story is.

But also by how insecure some of these guys must be about how boring their lives are to come up with such well-detailed and extensive tales.

At the end of the day, it’s all comes with good humor and sometimes free beer.

Anyway, if you got any similar stories or questions, drop them below.

Previous post: Safest Countries in Latin America During a Third World War Next post: The Coffee Triangle: A Beautiful Corner of Colombia