September is the Month of Earthquakes in Mexico 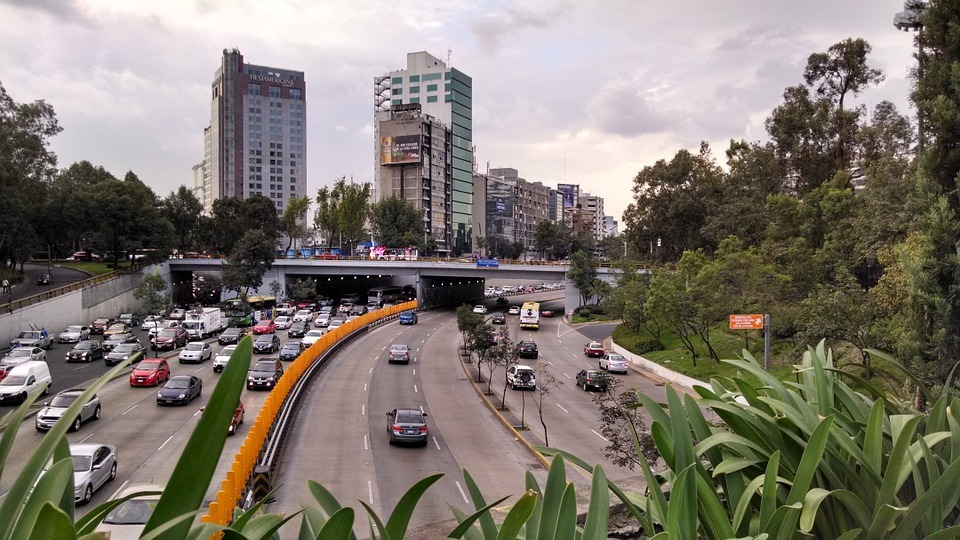 It’s a small saying among some folks who have lived in Mexico for a while now that September is the month of earthquakes in Mexico.

In which, for some odd reason, earthquakes just happen in this month on strange days.

For example, last night we felt a 7.1 earthquake here in Mexico City.

Funny enough, about 4 years ago, another earthquake happened that could be felt on the exact same day in September as you can read about here.

You want to know what happened only some odd days after that earthquake?

One of the most memorable earthquakes in recent Mexican history struck Mexico City pretty violently.

It happened to be my first year in Mexico City and I wrote about it here.

Funny enough, my birthday is coming by VERY soon and happens to be in September also.

At any rate, it’s now known that September is the month of earthquakes in this country.

After all, nothing is more dangerous than an earthquake, right?

Well, let me explain to you what last night felt like when the 7.1 earthquake struck.

A Mexican Earthquake on September 7, 2021

So, funny enough, I was actually asleep in the beginning!

As I wrote here, I sometimes don’t like the alarm because they will set it off to “test” us.

It’s the worst when you are in bed and are kicked into gear to jump out of bed all for nothing.

Here’s a video showing you what that earthquake alarm in Mexico City sounds like.

At any rate, I missed the alarm last night because I was already sleeping.

So I changed from a stereotypical drug dealer to a boomer.

Anyway, I went to bed at around 7 PM after getting laundry done, looking for a new apartment online and buying some minor groceries.

Then, roughly an hour or two later, I woke up.

Which it isn’t uncommon for me to wake up for no reason after just 4 or so hours of sleep.

It’s not always common for me to stay asleep for at least 7 hours without having to go back to bed right away.

Anyway, when I woke up, I didn’t think much of it initially.

But then, while checking the time on my phone a few seconds later, I noticed a small shake.

Initially, I waved it off as I was still quite sleepy and didn’t think much of it.

But then the shake grew stronger and persisted.

Making me realize that this is obviously a real earthquake.

And since the earthquake already started, I wasn’t sure if I should make the effort to get out of bed to go outside.

After all, it already started!

I surely won’t be able to get outside quick enough before the building collapses since earthquakes usually last like 20 seconds or less.

But I also thought about how the building I’m in is under A LOT of construction work ever since I moved here.

The apartment owner is basically having construction workers design new apartments on the floor below me.

Which, as a side point, is a large motivation for why I’m moving the fuck out because I’m tired of the CONSTANT sound of hammers.

Like why have these cocksuckers not finished hammering all of the nails already?

They’ve been at it for 6 months now, god damn it!

That’s a side complaint anyhow.

So, given the consideration about how the building is always under construction, I was extra worried that something might collapse.

Normally, I’m not too worried to be honest because I’ve been through enough earthquakes and nothing ever happens.

I know – some day it might and that’ll be the day I regret not running outside!

Still, as I said, the earthquake last night did motivate me eventually to get my pants on and go outside.

By the time I exit my apartment, I see the main door to our section of the apartments is open already.

At this point, the earthquake was already over obviously.

I think it lasted a total of 20 seconds from what I read?

Down the stairs and into the plaza area that is on the bottom floor beneath all of our apartments.

To which I see plenty of people standing outside in the rain.

And, being honest, it probably was a waste of time for me to go outside.

I know some people prefer waiting an hour to go back inside after an earthquake.

Especially if there are subsequent shakes or something like that.

I’m not an earthquake expert but that’s what I’ve heard.

I soon found myself going back inside after some of my neighbors decided very quickly to escape the rain also.

Before I did go back though, the security guard was making small talk with me.

He mentioned something about how it reminded him of the major earthquake we had 4 years ago on September 19, 2017.

I didn’t feel like talking with the guy and I also didn’t want to get rained on anymore.

So with a few neighbors going back inside already, I go back also so I can go back to bed.

The only worry I had about going back to bed was thinking about what if that earthquake somehow set something on fire inside the building?

Should I go back to sleep already?

I thought “fuck it” and slept anyhow.

A pretty boring ass story if I got to be honest.

I tried to make it sound cool but it’s hard to sound cool when it was only a little shake.

As I wrote here, earthquakes never really scared me in Latin America.

It’s not like the tornadoes back home in Iowa.

So, in all honesty, this is just a detailed account of how I am after going through an earthquake that did scare a lot of folks.

One of the bigger ones we’ve had in a while to be fair.

By far the biggest earthquake that I remember experiencing since 4 years ago.

And that is another thing to consider, isn’t it?

This earthquake happened on the same day as another one in September exactly 4 years ago in 2017.

Only some odd days after that, they had one of the most memorable earthquakes in decades in Mexico.

And that big earthquake in 2017 actually happened on the same day as a much more memorable and historic earthquake in Mexico City on September 19, 1985 as you can read here.

So, if these earthquakes like to stick to a schedule, we’ll see if it sticks to another big one on this upcoming September 19.

I hope not because the last September 19 one fucked up my birthday weekend a little bit.

On that day, I remember wanting to invite a white Mexican chick over named Daniela to suck my dick.

Unfortunately, the earthquake happened and her sucking my dick has to be postponed for a few odd days afterwards.

Here’s some videos of the impact of the earthquake that started in Acapulco and hit Mexico City.

And, in the next day or two, I’ll be posting 10 new articles that I wrote because I got bored last Sunday.

I’m moving well in my “break from writing” but I missed not writing anything.

And thanks for reading!

Good to see you back – still, it could be worse, you could be that Italian dude chasing that Colombian webcam girl – he is going to experience an earthquake of his bank balance the silly sod!