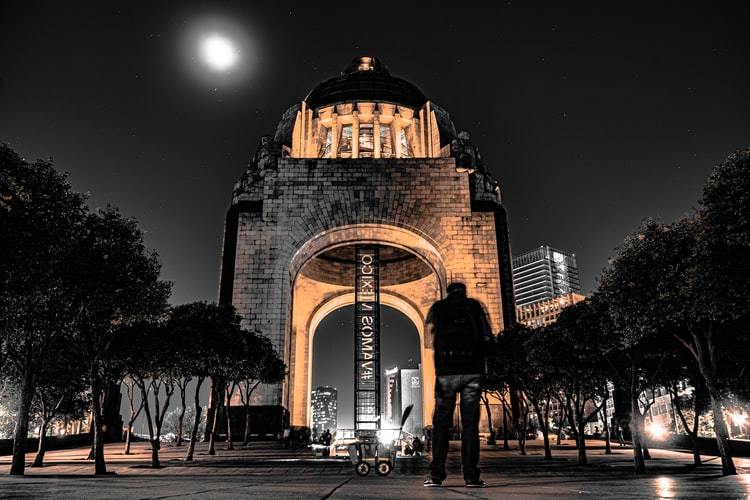 So as you can read in this article here..

On my birthday, I experienced one of Mexico’s biggest earthquakes in recent history on September 19, 2017.

It was an unusual experience given that I never experienced earthquakes that much in my life.

Being from Iowa, we don’t have them.

Now in my travels throughout Latin America, I did experience a few in Guatemala before Mexico..

And I think that was it.

And they were not that big or eventful.

Plus, most earthquakes in Mexico that I have experienced so far have not really been eventful either.

Which, funny enough, is tomorrow as I am writing this article on September 18, 2020…

And living in Mexico City…

We have these alarm systems in certain parts of the city – mostly in the nicer parts from what I have seen.

That sound like this in this video below here.

So when you hear one of these, you have to get out of your house right away.

As it is giving you a warning that an earthquake is going to happen in basically a minute or so.

And it sure does kick my ass to get out of bed.

A tiny bit early for me to be waking up..

When I hear that fucking alarm go off!

Immediately, I am not tired anymore and jump out of bed.

Grab my wallet and passport in case the earthquake destroys my apartment (because I will need those things obviously).

And outside the building before the alarm is over.

I didn’t even pay attention to the alarm or what it was saying but it turned out to be a test.

“Fuckin annoying” I thought when I learned that’s all it was.

Well, that’s just one example of these alarm systems snapping me into action since that big earthquake on September 19, 2017….

I was staying the night at my then girlfriend’s place at Lomas de Sotelo area.

She was studying to be a doctor and had to get up early at like 5 AM or so to get to some hospital.

And being the guy who works online – I can work when I want!

So I ain’t waking up that early…

Either way, I finally wake up and am lying in bed…

Similar to the last situation described…

All tired and thinking of falling asleep again..

When the earthquake alarm goes off!

And like before, I jump out of bed and am not tired anyway whatsoever.

I take the keys to the door and try to open it quickly.

But keep in mind that the door to her apartment was all fucked up.

You get that sometimes in Latin America by the way…

Fucked up doors that just don’t open no matter how hard you try.

I once lived in a homestay in Guatemala and scared the shit out of the homestay mom because I was always fucking with her door to try and open it when it wouldn’t open.

And she always thought I was a criminal breaking it.

But it wasn’t just me – even the other American there couldn’t open it!

And so this was one of those same cases.

You know, I complain about Latin America being inefficient all the time

And this is just one more example!

They can’t even fucking do doors right down here.

How fucking difficult is it to make a god damn door properly?

Especially as most doors are just fine down here obviously.

Either way, I’m standing in front of this door.

Struggling to open it and am worried that an earthquake is about to happen.

“What happens if an earthquake does occur and the whole building collapses?”

And I’m just buried underneath a bunch of rubble..

So I’m fucking with it…

And it just. Won’t. Fucking. Open.

And I’m muttering to myself “god damn it…just work!!”

Then the alarm stops….

Mexico, you got me!

The drug cartels couldn’t kill me.

The corrupt police never did.

But the earthquakes – oh, it’s coming!

And I take a sip out of a vodka bottle next to the bed and basically wait for the earthquake.

Wondering, in all seriousness, how bad will this one be.

But it never happens.

I continue to lay there on the bed waiting while having another sip from the bottle.

I put the bottle down and realize it was all just another god damn fucking test.

Not a real earthquake.

And it wasn’t even necessary.

At that point, I was wondering to myself…

“Is there some dick behind all of this fucking with me?”

“Oh herr herr, let’s fuck with Matt and scare the shit out of him with a fake earthquake!”

While then proceeding to take a shot of tequila and pressing a button to signal the warning system to fuck with me..

I usually stay up to date for when the fake drills happen and actually pay attention to what the alarm is saying.

Unlike before where I would just hear a familiar sound and hurry outside.

Which, funny enough, this article is a bit relevant…

And according to this photo here, we are set to have a drill going off tomorrow in the afternoon.

Which is why I’m writing this article since it reminded me of the few moments earlier on with dealing with these drill warnings.

So since they can’t fool me tomorrow..

I have no plans on getting out of bed!

And that’s that basically.

Just an aspect of living down here in Mexico City.

If you got any similar experiences or comments, drop them below in the comment section.

I Loved the article!

Previous post: Irritable Gringo Vs Drunk Homeless Mexican in a 7-11 Next post: Celebrating My Birthday at a FRENA Protest in Mexico City