Irritable Gringo Vs Drunk Homeless Mexican in a 7-11 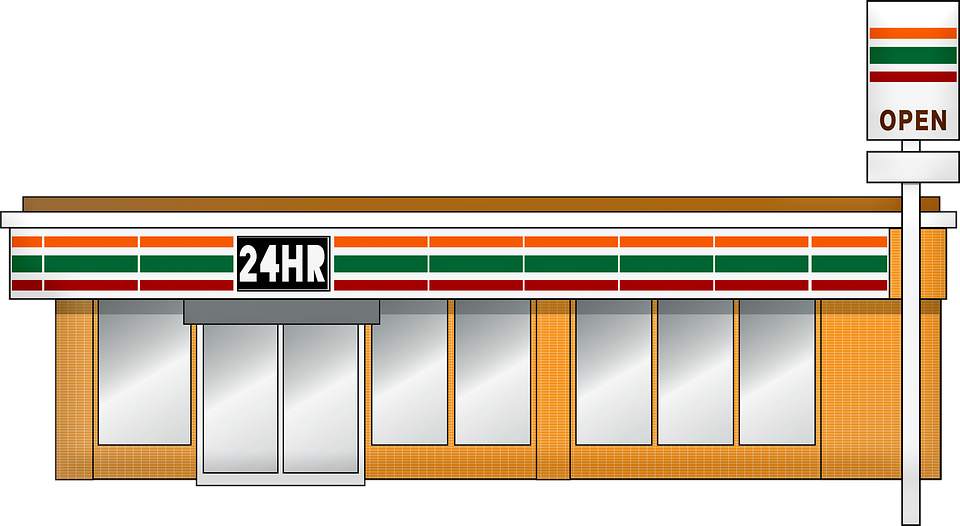 It’s not too often I get into a confrontation with someone down here in Latin America.

Which I mostly chalk up to luck to be honest – my last girlfriend often remarked how I have a short temper at times and am not afraid to fuck with someone if they annoy me.

You’d think I would have gotten into a confrontation with at least 50 people already down here over the years..

But no! I have been good, I promise.

Except tonight when a random drunk homeless Mexican guy decided to fuck with me.

So how it began…

Getting Some Food & Some Drinks

Throughout the day, I’ve just been getting hit with one annoying thing after another.

Today seems to be a “fuck with Matt” day.

Too many mosquitos fucking with me.

Dropped my fork on my foot and that annoyed me.

Tried to go outside to get something but it rained on me a tiny bit.

Some random homeless lady was screaming outside on the street I live on and woke me up.

Someone needs to give her some of his treatment below here…

And also the door to the apartment building was fucking up and couldn’t close it for some reason.

Well, no day is perfect.

Either way, I get up and decide to buy some dinner.

At a Casa de Toño to get some meat flautas.

Arguably the best place in all of Mexico for flautas – at least I have seen anyway.

Well, I get inside and buy the food.

And I got a handful of pesos left in my hand but just enough for the tea and beer.

I decide to buy a Lipton ice tea – Durazno flavor.

And a Tecate Titanium.

Because I couldn't find one yesterday so I had to buy some Modelo instead.

Then I drop one of my pesos and it falls underneath the thing in front of me and I lost it!

And I needed that peso because I happened to have just enough for both of the items.

I thought it rolled on over to her side and asked her to find it.

So I get on my knees to look for it…

And she laughed and made a comment that someone dropped that earlier today.

Or maybe they left it there for me, who knows…

How nice of them!

So I walk over to where the drinks are again and thought maybe I could get one more Lipton ice tea but realize the math doesn't work out.

Short by about 9 pesos or something like that from what I remember.

Damn, should have brought some more pesos with me!

Well, either way, I think to myself…

“Maybe I will just give the rest of these 10 pesos to some homeless person.”

After all, I get some good luck…

Why not pass it on?

Give Me Money, Pinche Guero!

So now I’m back at the front trying to buy my stuff when I hear some random homeless dude yelling at me.

In broken English more or less.

And I thought about giving it to him for a second until he opened his mouth again in Spanish….

“ay pinches gueros” and the rest I didn’t catch as he almost muttered it under his breath.

But then he goes back into English “money! Money! You have money!?!” and other sentences along those lines…

At this point, I wasn’t going to give him no money – fuck this guy – “pinche guero”

Or you can just tell the guy “no, gracias” and most of the time they piss off as well.

But this guy wasn’t having it.

A bit drunk obviously, he stumbles into the 7-11.

He was wearing a black shirt and blue jeans and some cap.

And started to proceed in both English and Spanish.

Which was a bit funny to think back on because I felt he thought I didn’t understand his Spanish.

But basically he would throw in an occasional “cmon, give me money!” in English

And when I would say again “no hablo ingles” or “no tengo dinero,” he would get more aggravated

While stumbling a little bit closer to me.

At that point, I’m just getting annoyed – among him muttering stupid shit under his breath in Spanish at me and thinking I don't understand him...

To him getting aggressive about me giving him money.

Had the guy just straight up asked in a normal way “can I have some money?”

I would have given him the rest of the 10 pesos because it really wasn’t mine to begin with, I guess you could say.

And the guy’s face turns to surprise a little bit like “the fuck? He speaks Spanish?”

Which is dumb because I was speaking Spanish to him all the way through this.

But I guess to convince a local that you speak Spanish, you just got to cuss them out.

Well, not all the locals but some of the ignorant ones like this guy maybe…

Then the security guard, who I didn’t even pay attention to, was standing a bit to the side between us but not exactly between us.

I didn’t look at the guy because my eyes were on this homeless dude in case he goes after me.

Once I started telling him to fuck off and giving him the finger, I assumed this would escalate to a fight.

Which wasn’t too intimidating because the guy was around 5’5 to 5’6 in height, skinny and drunk.

But, in hindsight, you never know – some folks have knives down here or maybe a gun on them.

So shit happens to be sure.

And in hindsight, it would have been smarter to not engage and just let the security guy tell him to piss off.

Though the security guard wasn’t actually doing anything – he was just standing there with his arms crossed.

Maybe contemplating how to react in case we get into a fight.

I Wait For You Outside!!

And looks at me and says in English “I wait for you outside!!!”

“alright then…” I thought.

Then he wouldn’t be an issue.

But I got outside anyway maybe 20 seconds after as I finally bought my stuff and walked outside.

The security guard proceeds to close the door and asks the lady at the front desk if he should lock it and she goes yeah.

I’m outside anyway and see the drunk homeless guy stumbling around.

Not walking straight whatsoever – just all over the place.

All while yelling a bunch of stuff like “pinches gueros” was one and some other things that didn’t sound very intelligible.

But he pissed off to wherever he went to and I got back home just fine about a 5 minute walk away.

Back home at around 9 PM or so – and, to end on a good note, I found someone closed the door to the apartment building so I guess it’s not entirely fucked up.

Well, here’s a picture anyway of my dinner tonight.

Only available after you cross a sea of drunk and crackhead homeless people in the concrete jungle called Mexico City.

Which, in the area where I am, there’s a shit ton of homeless people everywhere.

At least compared to where I have been to elsewhere in Mexico City.

Not really a problem usually but clearly some can get aggressive.

In my days visiting this part of the city before I moved here, I often found the homeless folks a little more aggressive than in other areas.

It’s almost like homeless person/mental health issue Central in this part of town.

But this is the first day where one of them tried to fuck with me in my first month here since I moved from another neighborhood.

So it's not really that bad.

Can be a fun place also.

Of course, the question is…

Is this random homeless person just a random person…

Or a sign of how things might get in the future as the economies in Latin America continue to suffer in the worst crisis in over a hundred years...

Worse than the Great Depression.

In my opinion, I believe it is most likely – simply put, so many people have lost their jobs and it doesn’t seem many of those jobs will be coming back anytime soon.

As a result, more homeless people harassing the locals and foreigners a like…

Well, we will see.

As some other folks I know who live down here, that’s the common belief it seems.

Well, it should make for plenty of fun!

That is if you find situations like the above to be amusing – which I do to a degree.

Well, if you have any experiences similar to this down here or comments..

And in honor of all the pinches gueros who get harassed for money down here...

Previous post: German Adolf Vs. Bolivian Meza: Who Wins the Wallet? Next post: “Let Me Out! Let Me Out! I Don’t Want to Die!”