“They Robbed Me & They Dyed My Fucking Hair in Mexico!” 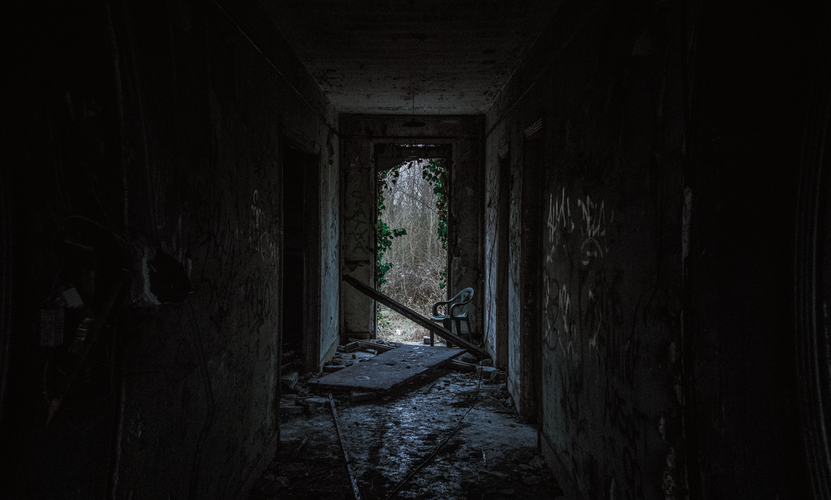 It was late at night….

On my last night living in an area called Santo Domingo de Pedregal in Mexico City.

According to this source here, it apparently is one of the more dangerous parts of Coyoacan and Mexico City in general.

However, in my 5 months living here, it wasn’t really that bad.

I got here after my arrival from Pachuca de Soto (another city in Mexico) that you can read about here.

From April 2nd to August 24, 2020, I stayed at a chill little place that has another neighbor living here.

Anyway, it was always pretty chill for the most part here – never got robbed and the outside streets nearby look pretty safe during the day.

Though at night, it definitely feels a little bit shady.

Although fine enough to walk outside really – the main issue with the area from what I have seen is the amount of drug use outside.

Mostly marijuana – which is harmless – but then also the occasional crackhead homeless person.

But outside of that, the area feels safe enough – especially during the day.

So anyway, as I am writing this story, keep in mind it is also my last night living here.

Since I will be moving to another part of Mexico City by tomorrow afternoon.

So I am chilling in front of my computer – finishing the last bit of a vodka bottle and having just finished dinner (chicken tacos).

In all seriousness though, I hear a knock on my door while listening to this song here by Rita Indiana y los Misterios.

And with headphones in, I wasn’t sure if it was a knock on my door or not.

I grab a knife and have it in hand while I open the door.

Who the fuck is knocking on my door?

I check and it is my neighbor – a young Mexican guy who probably isn’t much older than 30.

Despite having been my neighbor for a few months by this point, I don’t know how old he is and can’t remember his name.

But let’s call him Diego because I think that is his name.

Well, Diego seems a bit concerned and is asking me if I have the key to the second door of the building.

Where we both have our own little one bedroom studios.

But despite having the key, I tell him I don’t have it because I hate unlocking the second door – it takes fucking forever because it doesn’t unlock easily.

And he just looks to the ground and mumbles “no, no, no puedo.”

He just throws out that he can’t but then I grab my keys because I thought maybe I was misunderstanding him.

Did he mean the first or the second door?

So we walk out to where the doors are and I see the second door has a bunch of random shit placed against it.

To keep people out, maybe…

I walk up the stairs and go “what’s going on here?”

Diego – who is from Guadalajara and who moved to Mexico City to work in customer relations for some American company (and who speaks English perfectly)….

Was one day using Grindr recently like a week ago...

Which wasn’t much of a surprise because it was a bit obvious that he was gay meeting him.

Well, the guy ended up having a date with this random dude from Grindr.

Where he had to go to Metro Camarones.

Which, keep in mind that we live next to Metro CU.

Here is a map showing in blue circles here where each of those metro stations are.

That’s a bit of a ride just to get some ass.

I mean, the walk to Metro CU is like 10 minutes.

15 if you walk slow like so many Mexicans I have seen do.

Plus, you would have to take the ride to Metro Zapata – which, I don’t know – another 15 minutes to get the ticket, wait for the train and get to Zapata?

Then switch trains to go to Mixcoac – another 10 minutes?

I’m terrible at guessing time but this seems like an hour long adventure.

Either way, the story goes on…

With 1,800 pesos in hand, he was intending to have sex with this guy and have this guy dye his hair blonde.

Now, his hair did look different…

It was black before but now looks like an ugly blonde greenish color.

But instead of having sex….

The guy ended up drugging Diego…

And apparently told Diego that he better get them more money or else.

So now Diego – knocking on my door at 2 AM – is worried they will break into the building to steal from him and all.

And doesn’t want to tell Raul – the apartment owner – about this because he is worried he will be forced out of the building.

So that’s the story basically!

While listening to Diego’s story, I couldn’t stop myself from finding it humorous.

Something that Diego thought was offensive because he was very worried and here I am finding everything more comical.

You know, for sure – I get it, there is danger here and all.

But the story was comical to me for two reasons.

So you took 1,800 pesos (like 90 bucks) to get your hair dyed and have sex with some random stranger?

A bit like a two for one deal --  get some ass and get yo hair dyed.

And once the stranger drugged you, they still dyed your hair?

What a nice robber!

I mean shit, at least they held up to their part of the deal, you know.

Plus, from what he described it, it felt like such an obvious scam.

Even when I was explaining my doubts, Diego was going on "I know, I know, I'm dumb sometimes..."

Anyway, once Diego was done telling me his story…

I went into my room but left the door open…

And I was hearing him talking to some chick he knows explaining the whole story to her.

So, to a degree, I do think his story has some legitimacy.

However, I feel there are missing details here.

While, yes, he did actually have ugly dyed hair.

There are some things that make me doubtful about his side of the story.

Second, the event apparently happened near Metro Camarones, which is in the municipality of Azcapotzalco.

Which, according to this source, apparently has higher rates of gang crime and drug use.

Third, it sounds stupid – go have your hair dyed with a stranger you never met but will be having sex with soon?

The sex part sounds normal but get your hair dyed at the same time with this complete stranger?

Fourth, the price of the hair dying service may or may not be exaggerated.

Fifth, they still dyed his hair even though they already had him drugged and robbed?

Sixth, why didn’t they just hold him away somewhere if they wanted to extort his family and friends?

Granted, I’m not a criminal looking to extort people but I’d assume you’d have a better chance of getting money either from him or the relatives and friends if you actually have him held up somewhere.

And they had him drugged apparently.

Seventh, over the few months he has been here, it has been obvious the guy likes his share of drugs.

So putting it all together…

My take on the story is this.

That the overall theme of the story is accurate – he got robbed and got his hair dyed.

He definitely got his hair dyed – it looks like fucking shit.

And did he get robbed? – I suspect so. His new phone he showed me is not the same as the one he normally has. It was some burner phone that probably costs like 500 to 1,000 pesos and was probably purchased at some small store near El Centro.

If I had to make assumptions, I’d say the guy probably met someone or knew someone to have a good time with.

Sex and drug use also perhaps that he was down for.

And ended up losing consciousness and the rest happened.

Or at least that is what I suspect anyway – often people will leave out details of stories they may not want to include for reasons.

And when someone’s story changes in the details and/or doesn’t make sense..

Well, it would seem there is more to it then probably.

Either way, I asked him if I could write about his story because I found it interesting nonetheless and he knows about my blog here.

And knows about my theory but sticks to his side of the story.

First, being that there is risk involved obviously with getting involved with strangers – for sex, drinking, drugs or whatever.

Sometimes shit happens and is one of the reasons for why people get into shit down here as you can read about here.

Second -- and perhaps a question those who have never been down here would ask – why didn’t he call the cops on these guys?

Well, let’s just say that the cops don’t always do their job well.

Regardless, it is also a bit comical that this all happened tonight – on the night before I move out of here.

But I guess – symbolically – it represents the end of my time in one neighborhood and onto another.

In some weird way lol.

Well, funny stuff happens from time to time and this is one of them.

And here’s a picture of my neighborhood before I get of here.

Now if you enjoyed the story or have similar experiences down here..

Or if it is missing some details that you think were not included..

I lived on calle Amatl for about 3-4 months back in 2009…agreed on the shadiness at night and the random drug use on the streets. I’m glad some things stay the same I guess

Previous post: Interview with Chris Juergens of Stories of Latin America Next post: Welcome To Your New Apartment in Mexico: Bed Bugs Included