Welcome To Your New Apartment in Mexico: Bed Bugs Included 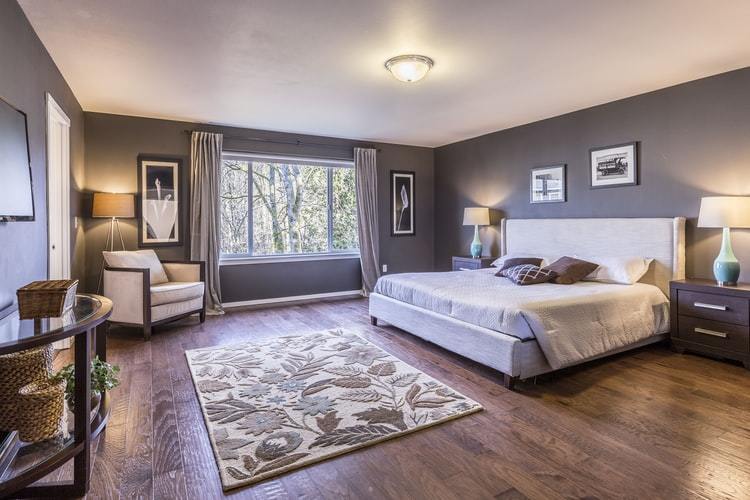 For those of you who have read my last article here….

I recently decided to move to another part of Mexico City.

For a variety of reasons….

One is that I always get the urge to move to a new place after 6 months to a year of being somewhere.

Just that urge to explore some place new by living there.

On top of that, I have more friends closer to this part of Mexico City where I am now than near Metro CU.

Plus there’s more of everything where I am now – more nightlife, specific types of restaurants that I like, etc…

And other reasons as well.

Showed up to my new place by around 8 PM more or less.

With the crap ton of luggage as you can see a photo of here that I took when I was in Pachuca.

As always, a bit of a pain in the ass to carry it all around to be fair.

The UBER driver was even looking at me “that all, wey? You taking the whole house with you?”

But we managed to get it done.

Once inside my new little studio place, I got everything set up…

And left to get some food and check out a bar.

And probably about 20 minutes into laying on my new bed…

I noticed a little bug.

I killed it but wasn’t sure what it was.

Then I noticed another one quickly enough….

At this point, I was concerned and got up.

And wondered “is this a bed bug or something?”

Because keep in mind, I never had issues with bed bugs ever in my life before.

No matter what motel, hotel or apartment I have been to…

And I’ve been to quite a few in my travels over 30 countries so far.

So I wasn’t quite sure what it was at first.

The shit I’m seeing on my bed looked exactly like what I am seeing in my phone!

So being inexperienced with bed bugs, I figured I could just kill what was there and the issue would be resolved.

One after another until each one of them looked dead to me.

Until I started to wonder “wait, how many of these fuckers are there?”

Only to find out apparently there are probably hundreds or more in my room!

Given how quickly they can infest an area apparently….

At this point, I decided to give up.

I assumed there would just be maybe 10 at most.

But if there are hundreds, then I’m fucked – so I thought.

So I grabbed a blanket that I didn’t put inside the studio room just yet and walked out.

Messaged the apartment owner about this.

And she was very concerned obviously – said I can sleep in her office in the same building as she has a little bed in that place.

And that we can check out the issue tomorrow since it is already late at night.

Looked alright and there weren’t any.

I laid down thinking to myself “what fucking luck I have today….”

In all fairness, I should have checked out the bed before renting to make sure it wasn’t infested.

But that was my mistake.

And even more importantly – how are we going to handle this issue of bed bugs?

Having never dealt with it before, I wasn’t sure if my new landlord would take care of the issue properly or try to fuck me over on it.

As I have met both good and bad landlords down here as you can read more about here.

Which made me think – “god damn it, I might have to move again in another month if this landlord doesn’t fix it.”

So I woke up and pretty soon the landlord and her cleaning lady got here by around 11 AM more or less.

I showed them a few of the dead bed bugs that I killed in mortal combat with my spatula.

Then soon enough we investigated the rest of the mattress and found plenty more.

They ended up killing whatever they saw on the mattress and started wiping down everything.

We took the sheets into the washing machine and washed it with very hot water.

To which then some professional showed up soon after to kill the bugs.

A young white looking Mexican with black hair started spraying everything in the room with some chemical or whatever it was.

And apparently there were a shit ton of bed bugs from what he described in my little studio.

Before then going into the rest of the space outside of my little studio.

The Return of the Bed Bugs: Part 2

After it was all done….

I’m sitting in a park close to where I live going through some Tinder matches and talking with some chicks on Whatsapp.

Then take a walk around….

Before I head out at around 11 PM more or less to go buy 12 small street tacos for like 60 pesos.

Once I get back to the building, I find out that I forgot my keys!

So now I’m knocking on the door of the building but nobody hears me….

And I thought maybe she is still awake so I walk over to where her building is and knock on that.

But no answer from that door either and now I’m contemplating being stuck outside all night.

Then maybe go hang out with some homeless people….

I see my landlord!

I explain to her the situation and she lets me back in.

We laughed about it – me being stuck outside all night and both went our separate ways for the night.

So now I’m inside my studio again eating my tacos…

Just the type of words I hope to be hearing from them soon in person when they are on their knees….

I notice a weird itch on my elbow…

Ignoring it for a minute….

And a few more minutes…

Then soon enough I see some bloated bed bug crawling on the wall!

Kill that too but now I broke my spatula – it actually broke in half!

The dead bed bug that was trying to escape

So now I leave to the bathroom…

Get naked and check all my clothes for any bed bugs – looks good.

Then leave and back to the office to sleep…..

Given that professional had some “6 month guarantee,” he came back for free to check up on my room and the apartment as a whole.

However, he was traveling out of Mexico City for a few days and only got back today as of this writing on August 31, 2020.

I asked him to do a good job killing anything inside the bed itself because I was reading up on how some of them can get inside the bed.

When he finished, he explained he didn’t see any new bed bugs – only the two that I killed.

When I first encountered the bed bugs about a week ago, my first impression was that I must have picked a shitty studio.

However, upon reading up about bed bugs, apparently it can happen to any building – no matter how clean or dirty.

But on top of that…

What I was even more impressed by was the response of the landlord.

Not only did she fix the issue as quickly as she could.

She seemed apologetic obviously and returned half of my deposit as a way to apologize I suppose for the issue.

I didn’t even ask for it – I was just happy she resolved the issue and didn’t try to get me to fix it myself.

Especially as landlords in Mexico can be a mixed bag – half of them seem to be shit in my experience and the other half take it very professionally.

And a professional landlord is worth a lot down here – especially when there are plenty that try to fuck you over and don’t act in a normal way.

Either way, as far I am aware, the issue might be resolved as of this writing.

I sure hope so anyway – but if it isn’t, then I guess we will have to go through Round 3 of killing anything left.

To be honest, after seeing bed bugs for the second time, I assumed that the professional they hired was some shit company but apparently it is normal for professionals to need 2 or 3 visits to kill them all.

Since they can hide pretty easily.

Either way, given that the professional didn’t see anything the second time, I assume the issue is mostly resolved or will be resolved in a third round if needed.

A bit annoying to be fair given I just moved here but so far everything else about the apartment seems to be on point and I like it.

So assuming the bed bug issues is resolved, then nothing else to worry about hopefully.

Either way, that’s an update on my life so far in Mexico City.

A bit busy in the last week – so much so that one Tinder chick even wrote to me “how come you aren’t responding to my messages?”

Let me know in the comments below.

Previous post: “They Robbed Me & They Dyed My Fucking Hair in Mexico!” Next post: When the Parents of Your Latina Girlfriend Need Jesus to Approve Your Relationship