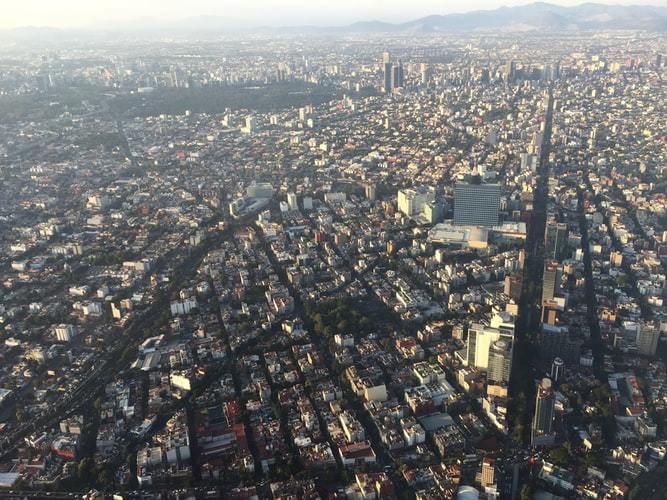 A long time ago, I was living in La Roma neighborhood of Mexico City.

But, unfortunately, I was running out of money due to my odd desire to not want to work.

Because of partying and chasing pussy and all.

And, given that I didn’t want to give up on the dream of living abroad, I looked for ways to cut down on costs.

One of those ways being relocating to a cheaper area of Mexico City.

An area I didn’t really do any research on beforehand…

Well, you can read more about that here at a time when I got robbed by the police in this area.

Just to give you more background information on my arrival to this area and also other experiences over there.

At a place that I often call Cuatro Caminos.

Now, I don’t know if the neighborhood in that area is called Cuatro Caminos or not.

I never bothered to find out when I was living there.

Either way, I spent probably about 6 months more or less on top of my head living in this area.

And 6 months was enough to realize “this is a shit area.”

Granted, I had been to shittier areas of Latin America before and, at first, it didn’t seem too bad.

To areas either for work reasons or because some chica wants me to go back to her place for the night and my smaller head goes “sounds like a good idea!”

Though I never had any problems in either of those circumstances…

This time bad luck managed to come around to me.

And aside from having the police rob me in this area…

Bad luck had other ways of knocking on my door.

Which, when mixed with the police encounter, made me think “I should get out of here.”

Now, thankfully, the months prior of me working my ass off with 12 hours in front of the computer helped get my lazy ass off the ground and save money.

And learn how to make money online.

So, when after getting robbed by the police…

I knew and was ready to leave.

Which I went to because I wanted to explore and spend time in another Mexican city.

Though, to be fair, living near Cuatro Caminos definitely got me out of any “touristy bubble.”

But enough small talk – let’s go into other scenarios I encountered that basically got me wanting to leave this area.

Though there’s more than three, these other three examples, mixed in with the police encounter, is what got me out of the area.

A Dead Body in Cuatro Caminos

At the time, I was dating this Mexican woman named Brenda.

Above the Cuatro Caminos metro station, there is this small little mall area.

Which, in the grand scheme of things, isn’t too bad.

It has a Chilis and other nice restaurants.

A very nice Chinese place also that fills you up for like 4 bucks!

Either way, we were chilling at the Starbucks in the area.

They often had nice music – usually bossa nova from what I remember.

For whatever reason – we aren’t in Brazil but it does sound nice in my opinion.

Plus, I really like me a good ice black tea and they have it well.

Anyway, it’s time for us to get going.

We ended up walking the other direction of my apartment to get some groceries at this other mall (or plaza like area) that is about a 5 to 10 minute walk from Cuatro Caminos when you go down some escalators.

And head back the other direction…

Passing by this large pile of trash in the street that is pretty damn huge and smells like shit.

Which, from what I was told, is where a bunch of the street food vendors dump shit at apparently but I’m not sure how accurate that is.

Either way, we get to the metro Cuatro Caminos and walking through that small shopping center area above the metro station…

We pass by this area that is blocked off.

We see some police there and some other professional looking dude..

And a woman who was on her knees crying her eyes out over a dead body.

Looked a little messy too from what I saw.

But, either way, we didn’t spend no time there obviously.

Felt sorry for her as he was probably her husband or whatever.

Brenda looked at her and muttered “pobrecita.”

As we start going down, I take another look at them.

And it hit me how sad it really is – to lose someone you clearly love.

And in this case, perhaps (most likely) due to some violent confrontation or whatever.

Either way, shit like that happens all the time for sure..

But it did open up my eyes a little bit to the area I was in and how it isn’t necessarily the nicest place to be obviously.

But that goes on to…

Well, friendly might not be the most appropriate term here obviously…

But one night I ended up taking my girlfriend to my apartment.

Where she cooked some food and we had some sex.

Chilled out in bed and it was time for her to go back to her apartment.

While I would get to work as I usually work in front of my computer during the night.

Just how I prefer to do things.

Either way, I take her to the metro station and drop her off by where the busses are at as she took the big purple bus to get back to where she lived.

Which was probably about a 10 or 15 minute bus ride from what I remember.

Either way, dropped her off there and my walk back to my apartment.

But before I do, I get myself a cup of tea from the nearby Starbucks to take with me home.

Along the walk now to my place…

It’s probably about 9 or maybe 10 PM at this point.

And as you get out of the metro…

You cross a street where there are some small vendors…

Go to the right and take a turn to the left.

Where there is a 2 or 3 minute walk under a bunch of darkness with no street lights.

That’s probably the sketchiest part of the walk from the metro station to the apartment.

Because at least there are some street lights afterwards that work.

So I’m walking along…

And I thought “oh fucking great, another drunk homeless person.”

This type of scene where a drunk or drugged out homeless person is just stumbling around and yelling shit at random people is not too rare in Latin America..

Be it Mexico, Bolivia, Colombia, etc…

Granted, it doesn’t happen most days but you see it every once in a blue moon…

But almost nothing ever happens.

Sometimes they are even nice to you!

But not nice to others…

And this homeless lady was yelling shit at everybody while blocking traffic and whatever else.

But the traffic goes on and she stands near the sidewalk…

Looks at me and nods and goes “hola.”

But, back to the story…

I cross paths with this homeless dude and he literally grabs my arm and pulls me aggressively to him in a way.

I ended up dropping my cup of tea and now I’m pissed.

And perhaps he grabbed me because of it…

The guy wasn’t all there from the looks of it and he couldn’t have seen what cup I had in the darkness.

But, suffice to say, we had a confrontation.

Punching and all – but it happened pretty damn quick.

Took a punch to the chin to the nose but that was it.

I ended up fighting the guy off me and punching back…

Which, keep in mind, I’m not Rocky Balboa or some shit like that.

So, not hard to fend off.

But that was another moment that made me think…

“You know, this area doesn’t seem like no Polanco.”

Almost Burning My Apartment Building Down

My Apartment Building Near Cuatro Caminos

Finally,  the last thing that got me going….

Was during the last month of my time in this place…

Around May or June from what I remember.

Anyway, I wake up and decide to go make myself some black tea.

In the process, I have to use the microwave for some minutes and plug it in and start using it.

I start noticing some strange smell….

And I look that there is smoke coming from where I plugged the microwave into!

I immediately unplug it..

And quite concerned that maybe some fire started and this isn’t the end of it.

So I knock on the door of the apartment owner…

This older woman who lived by herself.

And once I told her that there is a “fuego!” in the kitchen.

She responds “fuego?!” in a concerned voice of course.

And ends up taking a look at the issue with me.

Well, we end up notifying the other two people who lived there.

A young Mexican dude who got deported from the US for being there illegally..

And another Mexican dude.

Well, the older lady ended up getting a professional to look at it.

From what she told us, the professional said that the electrical wiring in the kitchen is all fucked up and a fire could start.

And she said that we will have to pay for it.

Later, we had a meeting amongst ourselves and basically concluded “fuck that, we ain’t paying for it.”

Because, after all, none of us broke anything and it is her property.

But, in practice, that meant that nothing would be fixed because she wasn’t going to put down the money…

And neither were we.

Suffice to say, I got out of there pretty fucking quick.

Especially as the encounter with the drunk or drugged out homeless dude happened not to long before this did.

As well did the police encounter.

I think the dead body incident happened a little bit earlier in my time over there.

Either way, with 3 of these incidents happening pretty close to each other…

And given that I managed to get off my lazy ass and learn how to make money online..

I basically took my money and got the fuck out of there.

It was a pretty shitty apartment in a below average neighborhood.

I say below average because it wasn’t really that bad looking compared to other areas I have seen in Latin America.

But it was kinda crappy – with abandoned warehouses along the street with broken windows as well.

But, mixed with the other issues I encountered in this area…

It was obvious that this wasn’t the place for me.

Got my shit and moved out.

Overall, it was an interesting experience at least.

Maybe others look for interesting experiences in other ways.

Or watching the movie Bad Santa for the 10th time.

In the end, it taught me pretty damn quick to get off my ass and start taking this whole “earn money online” thing a bit more seriously.

But my time there is the past now.

Anyway, if you have any comments, leave them below in the comment section.