What Causes Gringos to be in Deep Shit in Latin America? 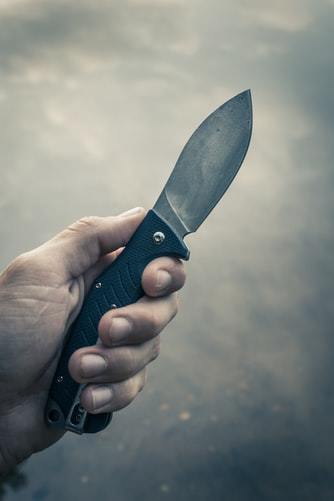 I was exiting a motel with some Dominican chick behind me…

Walking towards a taxi that I had set up to pick me up.

But before I could get out of there…

Another vehicle – a very trashy beat up car – sped right in and blocked the exit out of the motel.

With a skinny short Dominican dude hopping out with a knife in his hand….

Suffice to say, I was in some shit at that moment…

A story you can read more about here…

But, either way, I am obviously still alive today and didn’t get shanked in the kidney…

Which is nice because I appreciate having one.

Regardless, shit sometimes happens down here…

That was more bad luck on my end in that case.

Granted, you probably won’t be kidnapped by the cartels either or have any problem with them…

So don’t get carried away with your fears about living down here..

But don’t be naïve either.

Because shit can happen and just might if you live down here long enough.

But what does it usually take for someone to get into deep shit while living in Latin America?

Everyone has a different story.

But let’s get into some of the things that I have noticed that tend to more commonly get people into deep shit down here.

And if you have any insight of your own, let me know in the comment section below.

Sometimes you just have bad luck!

I remember years ago while living in Mexico City…

I happened to be living in La Roma at the time…

And I was sitting down working on my laptop…

The ending to that story is worth an article in of itself and will be something I will get into later..

Either way, I just happened to have bad luck, I guess you can say for being picked out.

In another incident, I got robbed by the cops in Mexico as you can read here.

Bad luck on my end.

But also a mix of living in a shitty area.

Which we will get to later…

Other folks happened to just mugged or robbed by chance.

Wrong place at the wrong time.

Now why would a gringo go visit or live in some shitty area of Latin America?

Well, as you can read about my case here…

I ended up living in a shitty area of Mexico City because I was running out of money and needed cheaper rent.

Suffice to say – I got my shit together, worked harder and got the fuck out.

But not until I ended up getting robbed by the police.

Other guys, such as myself at times, sometimes visit shitty areas of Latin America because of the pussy.

Years ago when I was living in the Dominican Republic…

I met this chick named Germania in Santo Domingo at a bar.

Quickly enough, we go to her place and I didn’t know where her place was.

Either way, my dick didn’t care – time to get that pussy!

“Shut up fool, we going to get some ass” says the dick.

Well, we go to her place anyway..

And suffice to say, it was the barrio.

Nothing bad happened to me.

And nothing bad has ever happened to me for visiting “the barrio” in pursuit of pussy.

Be it in the DR, Bolivia, Colombia, etc..

But it can and does happen to gringos who run across bad people going to those areas.

Years ago, I was living in Buenos Aires, Argentina for about 4 months..

And I knew another guy – a Canadian I think – named John.

Now John was a young white guy who was probably about 22 or 23 ish at the time.

And he was sitting down at a café in Buenos Aires in a nice area.

Well, he had his backpack behind his chair…

And before he knew it, someone snatched it and ran off.

Now, according to his story, he ran after the guy.

And John wasn’t fat or nothing – I’m sure he gave the guy a good run.

But the thief ended up in a car and they got away.

Now the thief ended up with a backpack that had, according to John, about 2,000 USD more or less in electronics.

Suffice to say, John was kinda stupid that day because he wasn’t watching over his shit.

And it’s not just a lack of common sense…

When I was in Brazil, I was walking with another American named Matt as well.

Well, while walking through a large city, I noticed some guy looking at Matt pretty carefully and at his backpack specifically.

The other Matt didn’t realize he was about to get hit so I told him to put his backpack over his chest and be careful.

Nothing happened there but being aware of your surroundings is part of common sense here.

If you don’t have common sense…

If you are not aware of your surroundings…

If you do stupid shit like walking down the barrio with a laptop in your hand, a phone in another, hundred dollar bills hanging out of your pants while blasting some music at 3 AM that yells in Spanish “tengo todo el dinero!!!”

So don’t be stupid.

This is kinda similar to the “going to the barrio for the pussy” factor above..

But it really does deserve its own mention since it’s not just pussy that we are talking about here….

But vices, like anywhere, can get you in deep shit.

Though, in my experience, I have seen quite a few gringos who have come down here for the vice lifestyle.

And, you know, you know people who are similar.

But I don’t think it’s just that.

I do think Latin America tends to attract that type of person who is looking for the fun in life – and sometimes the fun gets you exposed to some deep shit.

Either way, be it chasing pussy, drugs or taking too much booze or whatever else..

Is going to expose you to possibly getting scammed.

Be it you are chasing prostitutes..

Or going to the barrio for pussy with some random Tinder chick..

Or maybe you are too naïve and trusting and a chick tries to scam you as one tried to scam me in Buenos Aires, Argentina years ago as you can read here…

Though maybe you like the booze or the drugs too much and that gets you into a bad spot also.

Never been into drugs myself but I’ve heard of other gringos getting a bad time with the locals over it.

Just recently, a guy I know was telling me about how he got into a fucked situation when he took some cocaine in Mexico City…

Either way, shit is more likely to happen obviously when you get into that shit.

Just keep that in mind and try to be safe, you know.

Factor 5: Being an Integrated Target

There is this American woman who ended up buying a very nice house in Mexico and having a very tough time with squatters.

To issues with crime…

Then you can read this article here about the issue with integrating yourself more deeply into Latin society as the greater risk it poses..

Many do and don’t have issues.

Be it start a business, buy a house, etc…

There’s a difference in living down here between being the tourist on his 8th tourist visa and the guy trying to make a business work.

So keep that in mind.

As you can watch here below…

And also had an issue with a neighbor as well.

The fact is – the more you try to get focused on local political issues, the more risk you are exposing yourself down here.

Be it eventually getting deported, kidnapped, killed or whatever else.

And there’s plenty of examples of that online.

There very well are probably other reasons for why gringos get into deep shit down here..

But these are the ones I have noticed anyway to be common at least from what I have seen..

If you have any examples yourself or insight of your own, leave it below in the comment section.

And just keep in mind – if you avoid doing stupid shit and control your vices, you will probably be fine down here.

But bad luck can happen.