Sex with the Dominican Secretary in a Public Bathroom 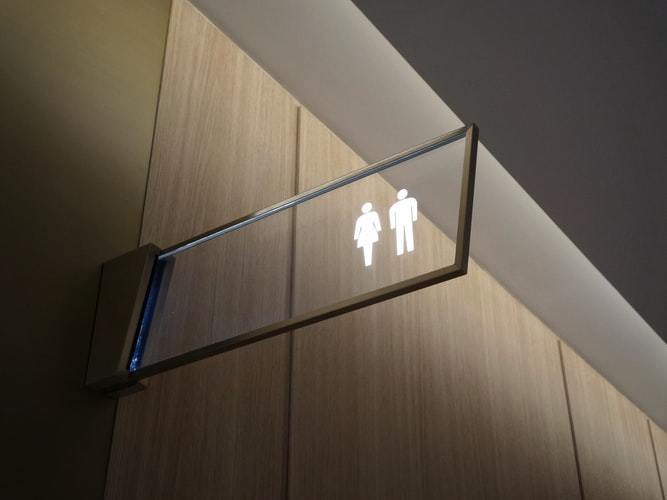 I was sitting in a hotel room in the neighborhood of Piantini in Santo Domingo, Dominican Republic.

Piantini, if I remember right, was some upper class neighborhood of the city.

Either way, sitting in my hotel room that is situated above a shopping mall in the city…

I had finished attending a conference early enough in the trip for where I could have fun any moment of the day for 2 weeks I had in this city.

Quickly enough, I realized that the women in the Dominican Republic are what a single man like me needs…

The women in this city, from my experience, are the easiest women anywhere that I have been to.

And being a man who likes his morenas, well, the DR has plenty of those.

But as I wrote in this article, Dominican Republic carries with it more sketchiness than some other Latin countries and you have to not be stupid either.

Though, being careful, you can have lots of fun in this city.

I was talking to different Dominican chicks that I met on Dominican Cupid.

Which, by the way, if you want to hookup over there, you need Dominican Cupid.

Getting pussy from that site is as easy as being a millionaire and walking into a store and taking whatever you feel like.

So I’m talking anyway to this one Dominican chick named Deborah.

A black Dominican chick with smooth hair that went beyond her shoulders, nice big lips and a skinny body about my height.

Now, I send her a photo of outside my hotel room looking down onto the neighborhood I was in..

And she goes “oh, I know where that is!”

Later in a day or two, she shows up to my hotel waiting for me in the entrance to the shopping mall below where my hotel was.

It was our first date and we were set to go to some bar called Shots if I remember right.

It was right across from the shopping mall but I forgot my passport to get in.

So we go back and I get it…

Now back to the bar Shots, we get inside and, as you can guess, the menu is mostly shots and a few beer options.

And after our time there, we decided to head out.

Now we head back across the street and into the shopping mall where the hotel is located.

At this hour – maybe 11 PM or 12 AM – the shopping mall is still open surprisingly enough because people who need to get to the hotel have to go in to reach the hotel by an elevator.

Now at this hour, I thought nobody else was in the shopping mall.

And previously back at Shots, we were making out and she asked if we had a place we could go to.

Well, the hotel I was at lied to me – over the phone their corporate HR in the US told me that they don’t charge for visitors.

But the hotel there told me that it costs 30 bucks for a visit when I tried bringing this other chick into the room when I arrived to the DR some days before.

So now we have an issue – where should I bring her.

Well, that was something to figure out…

Being that I don’t like to spend money, I wasn’t going to spend 30 bucks to fuck her and was not sure about a motel..

Either way, we go into the shopping mall and she has to go to the bathroom…

But as she opened the door to the female bathroom, something in my mind went “go in with her…”

We immediately start making out again…

And she wants to go into one of the stalls in case anyone walks in..

Making out again, I take out my dick and she grabs it…

And immediately bends over to put her head down and mouth around it..

Then I get her head back up so I can better get my hand around that pussy of hers..

Before she backs up to the wall…

And to this day, one of the sexiest things I had seen up to this point…

And a look of lust in her eyes that screamed “I want to be bred by your gringo seed.”

Suffice to say, I used to look back at that moment and think to myself…

Ultimately, she dropped back to her knees with ease…

In the moment, I did think about getting her up and bending over to fuck her.

And second, I didn’t have any condoms on me and wasn’t as comfortable as I am now with going in raw.

Back then, I would only do so with girlfriends –nowadays I’m a little more liberal with the condom use.

In hindsight, it was a great decision either way.

But, as the week went on after this incident, I made sure to bring her to a motel to get that pussy a few times…

Either way, I finish inside those fat lips and head out of the bathroom…

But there is a part of me that, in the moment, is thinking “fuck it, let’s take a risk.”

And once we get inside, we go into another bathroom stall…

But then, very quickly, we hear some noise…

Someone saying something outside the bathroom…

She immediately gets nervous and stands on the toilet.

We get dressed again and head out of the bathroom…

Who, from what I knew, were security guards for this shopping mall.

Then ends up threatening me with jail time for having sex in public.

At this point, I take out all the money from my pocket…

Which wasn’t much by that point since I didn’t take much with me.

And it was maybe 5 bucks in Dominican currency.

And I just go “this is all I have” in Spanish.

He takes it and I head out.

Now, in hindsight, maybe I didn’t need to offer him money but he caught me by surprise anyway.

After all, could a security guard put me in jail in the DR?

Which is the typical response that I have seen in Latin America..

In trouble? Just throw a little money at the problem and you will probably be alright, maybe..

More if you don’t speak Spanish or have experience down here.

Anyway, I head out and Deborah is on the outside ordering an uber or taxi..

And she asks me what happened.

Told her about the bribe and she nodded.

She got in the taxi and told me that she will tell me when she gets home.

Ultimately, we met up again a few times later…

Mostly on the way to a motel to be a little more discrete than a shopping mall bathroom, I guess you can say…

In the end, to this day, she was by far the best chick I ever fucked.

Better than Lizeth – a Bolivian chick you can read here.

And outside of fucking, she was a pretty cool chick.

Very easy to have a conversation with pretty chill.

Either way, she definitely made my trip to the DR memorable outside of the conference I had to attend.

Now which was more memorable – the conference or that moment in the bathroom?

Previous post: A Whore for Some & a Lady for One Next post: The Alcoholics, Sex & Drug Addicts of Latin America