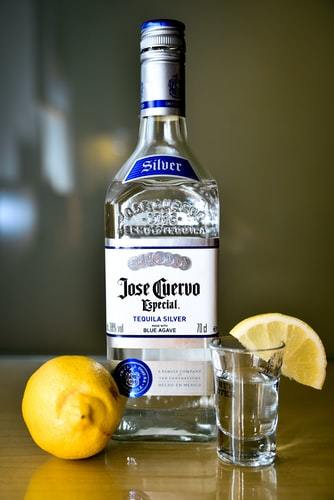 On a dark night in Cochabamba, Bolivia..

Her name was Mariana and we got along pretty well.

Hung out at bars often and occasionally back to this motel called "Americana" something whenever we had the time.

Well, tonight I am heading towards some bar in Cochabamba where we were set to meet.

“A bit rainy tonight” I thought.

Had there not been a thunderstorm, we would have met up a little bit earlier.

But nonetheless, I get there…

And in typical Latina fashion, she shows up late like she usually does by around 10 minutes more or less.

Finally, I see her come around the corner…

As she got up close, I could see those nice big lips of her.

“Oh, how I love those lips wrapped around my cock” I thought.

She knew how to make a man happy, I guess you can say.

Well, we stand there talking about whatever while still waiting on some of her friends come around.

This other Bolivian guy was going to be coming around and he brought with him a Canadian guy he knew.

A guy from Alberta named Liam.

Well, we get inside and leave behind the sketchy neighborhood where we were standing.

And sit ourselves down for a few drinks.

The place inside felt a little bit as sketchy as the area Mariana brought me to.

Well, sketchy by my standards back then – I was still a little bit new to Latin America.

Fortunately though, the drinks were cheap as hell at this place.

Her Bolivian friend – who I forgot the name of – was a about my height, bald, medium brown skin with dark eyes.

As the night ends, Liam – who I had gotten along with pretty well up to this point – asked if we wanted to go visit a place to take the fun elsewhere.

“There will be some of my friends there and some cocaine, pot, chicks, etc” he went on about.

I wasn’t really feeling it to be honest – I was more interested in taking Mariana back to a motel we often went to and I didn't care to go drugs with some random person.

But it was the first time down here in Latin America where someone offered me drugs from what I can remember.

I remembered meeting Liam another time and got more of his story out of curiosity.

Basically, the guy left Canada and wanted to travel around a bit.

He had somewhat of his own vices back home for sure – but over the time of being down here, he got deeper into it.

Mostly cocaine from what I know and a sex addition to Latinas also.

Which, funny enough, makes me wonder why he never ended up in a place like Colombia instead if he wants hot Latinas as well.

But regardless – that was basically his story.

He basically supported himself freelancing online and living in some shit neighborhood where cost of living was very low.

And could spend a majority of his days chasing Latina pussy and doing drugs.

A little bit similar to another guy I met in Bolivia…

During those same months in Bolivia…

I met another guy in Bolivia…

This one much older than Liam.

Liam was probably in his early to mid thirties if I remember right.

Whereas this other guy I met down there – a man probably in his 60s or so – named Richard.

An American guy from somewhere in the Midwest like me.

We both worked for the same NGO at the time in Cochabamba.

He ended up in Bolivia well over a decade from what he told me in order to “help the local people.”

Basically a “save the world” type of guy.

In his words, he never had much of a problem with addiction before.

But his time down here changed things little by little.

On his initial visit, he always considered the local people “oppressed by the policies of the US” and he was basically here to improve their lives.

A bit of a savior complex.

And a bit far left leaning as well in terms of his ideology.

Well, after a while of living down here…

Long enough to see how life really is…

All the inefficiencies of everything.

One day after another of being fucked over the locals in whatever latest scam someone pulls on him.

Even being fucked over by the same people he was there to “help out.”

To witnessing the locals fuck each other often enough as well.

Just one case of that happening time after time…

He got a bit jaded with life in Bolivia..

Soon enough, his fantasy of this country being some place of perfect people who could never do no wrong and who were simply these perpetual victims that needed saving…

Was fucking smashed into pieces.

Well, over time, he handled his more jaded attitude with some liquor from time to time..

And ultimately developed a bit of an addiction himself.

Now he stays in Cochabamba doing the same ol’ routine every day.

Drink a bit of liquor before heading off to work for the same NGO.

Have some liquor through the day and after work…

Maybe get some Latina prepago from time to time…

And go to bed.

Not So Ambitious Nathan

Next we have my time in Mexico City…

In my first year down here…

I was living at some apartment building that had cheap rooms for rent at around 5000 pesos I think per month in Roma Norte.

There were mostly other foreigners or wealthier Mexican chicks living there being funded by their parents while they go to some university.

Anyway, there was this American guy living there not much older than myself.

His name was Nathan.

And what was he doing in Latin America?

His basic story was he got tired of working the 9-5 and wanted to live a life of fun and travel.

Well, he ended up doing freelancer work similar to Liam from above in Bolivia.

What type of freelancer work – I never found out.

But now his life usually consists of the following…

Waking up from a hangover..

Doing whatever work he has to do very minimally.

Somehow is able to afford rent and all his expenses.

Calling some Latina over he knows to fuck.

While drinking away his days and running through one bottle of liquor after another….

Of course, similar to other people in this story, her name is not actually Carrie.

But I felt that Carrie goes well with “Cam” so that’s her nickname either way.

Was a chick I met years ago when I was spending time in Buenos Aires, Argentina.

She was just another American chick – quite young also.

Who was living in Buenos Aires at the time while enjoying the life of travel, liquor and casual sex.

She wasn’t a bad person to hang out with.

She often was fun and knew how to drink quite heavily.

Turns out, from what I later learned, she was a little bit of an alcoholic herself.

Usually drinking about a bottle a day.

And looking like she has aged pretty well already.

But she supports herself anyway living the easy life of not having to work very hard..

While having all the fun that she wants.

One of the few examples I have seen anyway of a chick down here as well like this.

Admittedly, most of the people I know who develop addictions down here are alcoholics or sex addicts.

I’ve never met too many drug addicts down here aside from seeing the occasional homeless crack head outside.

A lot of people assume that in order to be successful in Latin America, you have to be dedicated, determined, ambitious, etc.

The truth is that there are people like that who live in Latin America.

However, most of the expats I know who live down here are fucking lazy and that having to be ambitious or dedicated is complete fucking bullshit.

Be it the young drug addict guy to the cam girl coping with past sexual abuse and alcoholism to the older man drinking away his days and fucking prepagos until he kicks the bucket.

Truth is this – there’s a lot of shit that goes on in Latin America.

Lots of crime, feeling like an outsider, dealing with the inefficiencies of everything in life, always making sure you are not getting scammed, etc…

Mix that in with leaving behind friends and family back home..

And you have to ask yourself this question – “why the fuck would anyone want to live down here?”

Sure, maybe they want to travel for a year or two..

Like one guy I know in Mexico City named Bryan who is young and is planning his exit as he has had his few years of fun – travel, partying and hooking up.

Now he wants to move on and take life more seriously.

But to live down here and deal with all the bullshit that it involves – there has to be a more genuine reason.

Maybe said person is working for a business or government agency.

But, suffice to say, Latin America attracts more than its fair share from what I have seen of men (and some women) looking to live a more degenerate lifestyle.

It also doesn’t help when you manage to “make it” financially down here and you don’t have to work too hard.

And then you wonder to yourself – “what should I do with my free time?”

And that free time is often spent drinking a bit heavily and chasing Latina tail.

Because even if you didn’t have addictions before showing up..

It’s easy to develop it down here I think.

As some men learn they are more desirable among some of the women down here and end up chasing tail all day.

To having more than their fair share of liquor every day.

And the examples above are just a few I can think of regarding guys who end up in that lifestyle or bring it with them down here.

Similar to this guy named Jeff I met in Guatemala that you can read about here.

Who, after a nasty divorce, left the US and is now living his final years drinking himself silly and fucking all the local chicks he can.

Well, I never came here to live a more degenerate life but I do enjoying drinking every so often.

Similar to Nathan, I also enjoy the cheap cost of living.

As you can read here, one of the major reasons for why I live down here is because of the low cost of living.

I can work for myself and on my own time.

It’s very easy to not work hard down here once you got a gig going to support yourself.

Especially if that work is online and pays in dollars.

And so, with all the extra free time, I've had days spending it messing around casually with random chicks on Tinder.

Plenty of days going to the bar.

Though nothing too extreme like what you see with some gringos who legit become homeless down here, do harder drugs, etc.

And it’s a fact of life down here – live down here long enough and you will either fall into this lifestyle yourself and/or meet others who are like that as Latin America both attracts these types quite easily and it's quite easy for a more normal person to fall into that type of lifestyle down here.

But life goes on.

Anyway, if you have any experience yourself in this matter, write a comment below.

Previous post: Sex with the Dominican Secretary in a Public Bathroom Next post: Stranded On a Mountain in Peru