The Ingenious Dominican Plan To Get Your Money 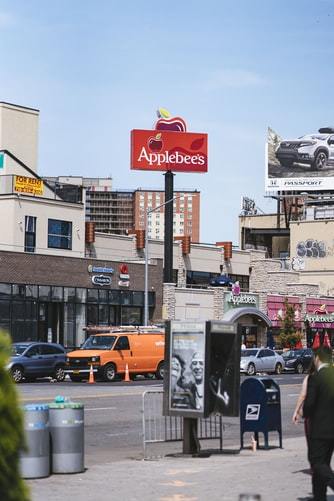 One day I was sitting down at an Applebees in Santo Domingo, Dominican Republic.

I was staying at a hotel in a neighborhood called Piantini.

And this hotel was right above a mall that also had an Applebees.

I often went to this Applebees during my time there because the food was, surprisingly, quite good.

But, in my experience, restaurants like Applebees or Chilis tend to be better outside the US than what you often find in the US.

The quality of the food is just much better usually.

I suspect it’s because an Applebees in the US is just an Applebees – it attracts normal customers who are not paying that much money relative to the local economy.

But go to an Applebees in the DR – spend 10 to 15 bucks for a meal – and that might be a little bit more than what a lot of small restaurants are asking for.

So then who eats there? Normally richer foreigners or locals who have a decent job.

That’s my theory anyway – they bring in more money relative to the local economy and can afford better service or food.

Either way, that’s just a theory…

But one night in particular…

I was sitting down at this Applebees eating an appetizer – mozzarella sticks.

When this little kid – not older than 10 – is knocking on the glass wall that separates us.

I nod at him and he puts his hand out in a way asking for money.

Well, obviously I can’t give him money because there is a wall separating us.

But then, to my surprise….

This relatively skinny man – who was probably younger than 30 – was doing the same thing!

So what’s going on here?

Is he retarded also in that he thinks I will interrupt my meal to go outside and hand him money?

And of course, after some time in Latin America now…

But this restaurant, like some, do a good job at keeping folks outside.

I remember throughout the remainder of my 2 weeks in the DR….

That I would see, always in the afternoon before night, these random grown men placing their faces up against the glass wall of this Applebees.

Every afternoon when I would exit the mall below my hotel, I would see this.

Lined up together and having their faces nearly pressed against the glass wall separating the Applebees and its customers from them.

So why are they doing this?

Why spend what was probably hours staring into this Applebees like this?

Well, I never understood it until a Dominican chick explained it to me…

Deborah was a Dominican woman I met up with a few times to hookup and go out drinking with basically.

And one of the best woman I have ever had sex with anywhere.

Even up to this writing.

And aside from the sex, she was fun to hang out with in general as well.

Anyway, we had a date set up where she showed up to the mall below my hotel..

Waiting for me at the entrance.

So I get down the elevator and meet up with her to head out somewhere.

“Why are these men staring into an Applebees? They’ve been doing this every day.”

She casually glances at them and says right away…

Basically once they see a customer finish their meal, they will go around to where one of the exits are of the mall and harass them for money.

Which is funny because  I remember getting asked for money plenty of times when I exited that mall.

Maybe they noticed someone becoming a regular customer of Applebees…

Now I don’t know if she is actually right..

But she is Dominican and it is the only excuse that I can see justifying this behavior..

Though, as well, it’s not the most logical way to get money I think.

And really shows just how retarded some of the folks can be down here.

To be fair, I always say that but we got retarded folks in the US also so just to be fair…

But this is a certain degree of idiotic behavior that it’s impressive.

Well, those same people have to leave eventually anyway…

And wouldn’t just about most folks (outside of the workers) have money on them if they went into a mall in Piantini?

Instead of waiting to harass the occasional 1 to 10 customers per hour (depending on how busy they are)….

Why not harass those folks and also everyone else leaving the mall who probably have money also?

Just harass anyone coming by and you will get those from Applebees also.

This isn’t really an “ingenious” way to make money.

Or just in public in general.

It happens everywhere in Latin America that I have seen.

Or most cities anyway.

Well, if you are curious to know more, then check out these 7 examples in this article here.

Or check out this example here of my time in Starbucks in Mexico City once.

And if you have any similar experiences, questions or comments…

Previous post: Do Latinos Hate White People? Next post: “Can I Grab Your Big Mexican Titties for 5 Dollars?”