“Can I Grab Your Big Mexican Titties for 5 Dollars?” 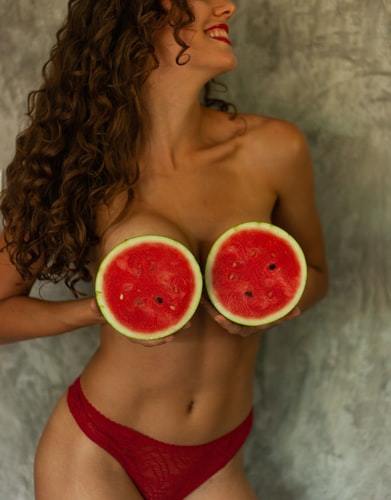 About a year ago or less…

A friend of mine named Mike who lives in California was telling me about a story he had when he was returning from Tijuana, Mexico to the US.

As they finished their trip to Tijuana…

It was time to go back home and they got stuck in heavy traffic.

You can see the border crossing here but it was somewhere near the border obviously.

And being stuck in heavy traffic, well they weren’t getting back home anytime soon.

While sitting down waiting, they saw different folks walking between vehicles yelling that they are selling stuff.

Like bags of chips, candies, bottles of water, etc.

Which is typical in Latin America to see people selling shit on the street for those who didn’t know.

Who they saw also selling water bottles and walking their way between vehicles.

And one of his friends in the back – who didn’t speak Spanish very well – just the basics….

Had a idea everyone found funny.

Offer to give her some money if he could grab her tits.

And some for some water as well obviously given it was pretty hot from what Mike told me.

Now, keep in mind, I don’t know how hot this chick was…

But I imagine not very hot.

Most women I see selling shit on the street are old, fat or just plain ugly.

Not all of them sure – maybe he met the Mexican Shakira of selling shit on the street.

Well, she agreed and he gave her maybe 10 bucks at most.

5 for the tits and 5 or less for some water.

Of course, she didn’t understand what he was saying very well at first about the tits.

He gave her money for the water and she handed him change.

And that’s when he tried to bring it up about the tits.

Of course, he started by trying to speak in English very slowly to see if that would help her understand him.

All the while Mike and others are laughing about it.

And if I had to imagine, she was probably looking at all of this and thinking “the fuck do they want?”

But Mike then pulled out his phone – and having some data or maybe he had an international plan for his phone – googled “tits” in Spanish.

And it rolled more easily from there.

Now I don’t know if this woman was pissed or annoyed when he offered to grab her tits.

But based on what happens soon after, I guess she was.

But she agreed to it!

She agreed to the 100 peso note and let him grab her tits.

Obviously – given that they were in public – she didn’t let him take them out of her bra and shit and fuck with them out in the open.

But, according to Mike, she leaned into the vehicle window of where his friend was and let him grab it for a handful of seconds.

Then she backed up after he was done and muttered “ok...”

And then Mike says to her in English something like “hey..hey…20 pesos ok?”

For another tit grabbing service.

But, from what I know, she ignored that apparently and just kept walking…

And that’s when she decided to fuck with them afterwards.

According to Mike, she then walked up to the closest cop she could find on that road…

But somebody with authority obviously.

And told him that they didn’t pay her money for the water.

So they run into trouble..

They eventually had a word with some guy about it.

And tried arguing their way out of it by saying that they paid her for the water.

But given they don’t have receipts for it obviously…

No real way to prove otherwise.

Now the cop did speak some English apparently so they were able to have a real conversation without Google Translate.

But then the cop was saying they violated some law or whatever by not paying and there is some big fine for it.

I’m not sure what the cop was asking for since I didn’t ask about that.

You know, some of these cops see gringos and they got dollar signs in their eyes.

But Mike did say he settled on giving the guy about 40 bucks more or less in pesos that he had between everyone in the car.

So it could be that the cop asked for around 40 initially or maybe Mike negotiated it.

But given he doesn’t have much experience down here, I’d assume the cop just asked for 40 USD in pesos and that was it.

And the lady probably got an extra 5 bucks or so out of that 40 and that was it.

Maybe more than 10 since the exchange rate would have been slightly less favorable as this happened around 5 to 6 years ago apparently.

Either way, they got back to the US in one piece.

Without the cops putting them in jail for “stealing a bottle of water.”

And the lady they met?

Instead of selling bottles of water for 5 dollars each.

She would probably get a lot more money if she formed a deal with the corrupt cop to hustle gringos out of money.

Continue to sell bottles of water but ask the occasional vehicle that has foreigners in it if they want to grab her tits for 5 bucks.

Or maybe just skip the tit grabbing part and accuse those with the nicest cars that they didn’t pay for the water.

But the tit grabbing would net her an extra 5 bucks on top of that – hell, if she is good looking, I’m sure she could get 10 or maybe 25 bucks even for it!

If she’s a vieja abuelita…

But the real money is working with the cop to get bribes out of gringos.

Split the profit and carry on.

Anyway, just an idea for a new business venture…

If you have any comments yourself, leave them below in the comment section.

Previous post: The Ingenious Dominican Plan To Get Your Money Next post: My First Trips to Patagonia: The Best Area of Latin America