Are All Latinos Catholic Jesus Freaks? 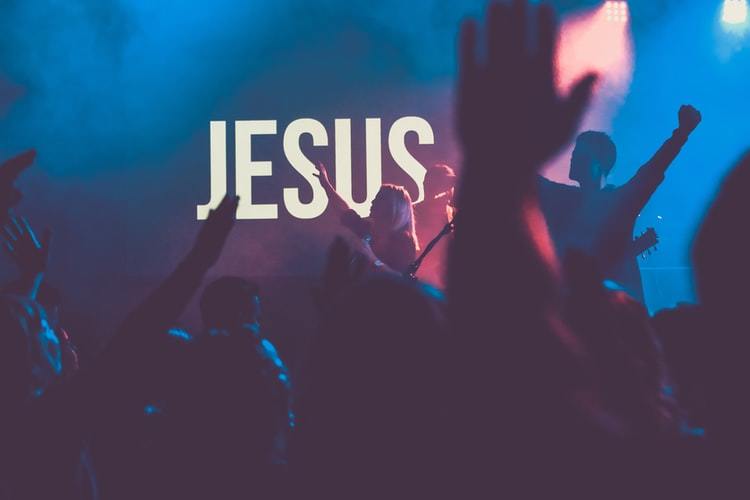 Before I ever left for Latin America…

If you had asked me to associate things with Latin America just by asking me what comes to mind..

Yeah, that sounds about right – not sure what else.

But you get the idea – stereotypical stuff and all.

I was like most folks actually – never had a burning passion for Latin America.

Which is ironic given how much time I have spent down here now.

But, suffice to say, beforehand, my knowledge about this region was severely lacking.

After some time down here now, I have noticed a common stereotype that other Americans have about Latinos that I never had growing up.

“They are all very Catholic.”

Almost like people in the US view Latinos to be the Muslims for people from the Middle East.

You know, how we assume everyone from the Middle East is Muslim (which isn’t true)…

To how all Latinos are these extreme Catholic Jesus freaks..

Just stumbling around yelling with foam at the mouth….

But is that true?

Are all Latinos these crazy religious folks stumbling around with Jesus on their mind 24/7 and just extremely religious?

Based on what I’ve heard from folks back home when they ask me questions about life down here..

Both family and friends.

This seems to be one of the common questions.

Outside of “how dangerous is it?”

“How big are the tits down there?”

Well, they are big – that is a stereotype where you will find fire behind the smoke.

You know, I remember a guy back home – a young friend of mine named Kevin went to my college…

Graduated with me and we caught up once.

He asked me out of curiosity “how religious are the people there? Do they invite you to Church?”

And then people in my own family – my dad and also my sister – both making comments or questions in that same area also.

So let’s get into it – just how religious are the folks down here?

Then go to my personal experiences.

First, let’s break down some common facts before I bring up my own experiences.

Because maybe my experiences are not representative of all of Latin America.

Or maybe they are.

So according to the grand source of Wikipedia here – I know, I know…

Not the most academic source but give me a break – it backs itself up with actual legit sources.

Apparently about 60% of folks in Latin America are Catholic..

While 19% are Protestant and 17% don’t identify with a particular religion.

And 4% are other basically.

That study was done in 2017 but other studies from years prior to 2017 show more or less similar numbers but slightly different.

Now, according to Pew Forum here…

And asked “how important is religion in your life?”

Here are the results from greatest to least in terms of how many said religion is very important in their lives:

A bunch of heathens…..

Though, in all seriousness…

Then this source here says 53% of Americans say religion is very important in their lives.

Which would put the US right below Paraguay but above Mexico.

Which is funny to be honest…

Because in all my time in Mexico, people always assumed Mexicans are much more religious than Americans.

Well, who knows for sure but these numbers suggest otherwise perhaps.

I mean, do they mean it?

How often do they practice their religion?

So, according to that same source from above that you can find here…

I will point out the numbers cited for that.

Percent of Latinos Who Have Weekly Church Attendance

For Americans overall, the number for this is 36% here.

Which would put us above Peru but below Ecuador.

According to this article here by the same source, about 55% of Americans pray daily.

So that puts us below Bolivia but above Peru.

For this one, I couldn’t find any number on where Americans as a whole would fit here by the same source.

What about young people versus people over 40?

According to this article here….

Which basically translates to saying that 63% of young adults consider religion to be important while 73% of adults older than 40 believe the same thing.

So about a 10% difference there.

Of course, that study only looked at the difference between those from 18 to 39 and those over 40.

As you all know, there isn’t much of a difference between someone 39 and 40.

I would wonder how much more religious those over 60 or 80 than those in that 18 to 39 group in Latin America.

So clearly it is important to me because the 18 to 39 group consists of over 99% of Latinos I hang out with.

Which will influence my own perception of how important religion is to Latinos as you will see below with my own experiences with this topic.

Anyway, all of the articles I am coming across initially in Spanish through Google are only giving me the difference between those from 18 to 39 and those over 40.

Like say those over 60 or 80 for those in Latin America, pass it my way and I will probably include it in this article.

Anyway, let’s leave it at that and go into my personal experiences.

Are Latinos really as super religious as folks up in the States sometimes believe?

Laying Out The Basics

So, before I begin…

As you saw in the statistics above…

It is clear that some countries have higher rates of religious importance than others.

Guatemala vs Uruguay for example..

So you get an idea of where I am coming from and how that might have influenced my personal experience with this topic.

First, I am a young man not older than 35 from the US.

Second, I am an atheist.

Third, most of my experience in Latin America have been in large cities that have millions of people (up to this point of writing).

Where, as you would know, would likely consists of less religious people.

Where I have spent 5 years so far down here – 3 of those have been in Mexico City and 4 months in Buenos Aires.

And then most of the rest in smaller cities that have less than a million people but are still urban.

With the occasional trip or visit to rural areas like the Zapatista indigenous communities of Mexico as you can read about here.

Fourth, most of the people I hang out with – like 99% of the Latinos I know – are in my age range under 40 obviously.

Fifth, I mostly hang out with other Latinos – these days, I only know just two or so actual foreigners down here like myself. Most are local Latinos.

So now you know all of that…

My experiences have been this…

In short, I haven’t noticed much difference in how religious people are down here versus the US.

Where I would say, as a whole, Latin America tends to be a little more religious than folks in the US but not really crazy so – not really that crazy of a difference.

First, I’d say that it largely depends on the country you are in according to the studies we have seen above.

But also depends as well on how urban the area is – the more urban, the less religious people seem to be.

The more rural – the more so they tend to be.

Second, nobody I know in my age range is that religious.

None of my Latina girlfriends down here – Colombian, Mexican, etc., went to church really.

The Colombian one never did and the Mexican only did when her parents took her to church.

But when she lived in Mexico City for a year, she never went to church.

Nor did she pray.

Third, do other Latinos get angry at me for being atheist?

Well, I don’t walk around announcing it but that’s because I’m a private person.

But no chick down here that knows about it really cared that much.

The only issue I had with that down here is when a Latina girlfriend doesn’t want you to mention that and wants you to say you are a Christian.

I once played that game years ago but I stopped. With the parents of my last girlfriend, they knew what I was and that was it.

But that does give me the impression that, generally speaking, there is a religious difference between younger Latinos my age and those who are older over 50 or so.

Fourth, does the importance of religion stop Latinos from doing bad things like infidelity, crime, etc?

There’s a shit ton of crime done down here by people who believe in a religion.

And as you can read in this article here, there’s tons of infidelity in this region.

But that same article I wrote shows that Argentines and Uruguayans are some of the more faithful people in Latin America despite the article you are reading now showing them to be relatively less religious.

Well, either way – as you can read in this article also here that goes into examples of infidelity down here…

The religious faith of Latinos doesn’t stop them from acting badly in relationships or in different scenarios.

Or at least I haven’t seen that.

To answer the question posed in the title of this article…

“Are All Latinos Catholic Jesus Freaks?”

The type you can read in this article I wrote here..

Where they stumble around yelling “JESUS!!! JESUS WILL BURN THE GAYS IN HELL! JESUS!! WHERE IS THE JESUS?!?!”

Again, in my experience, most Latinos have a religion but are not religious like folks in the US.

But that, again, is influenced by the fact I hang out in very urban cities with younger folks who are not older than 40.

But even for those above 40, most are not the type to shove their religion down your throat from what I have seen.

So that basically answers the question of the article.

Which is that most Latinos, despite the stereotype from those in the US…

Are not these crazy Catholic Jesus freaks running around and acting crazy in the name of religion.

But those are my experiences anyway.

I’m sure if you were to spend 5 years down here in a very religious town of 5,000 people where the topic of the day is finding a face of Jesus in your toast…

Then maybe your experiences would be different.

And if they are – leave them below in the comment section.