“The Gays Will Burn in Hell!” 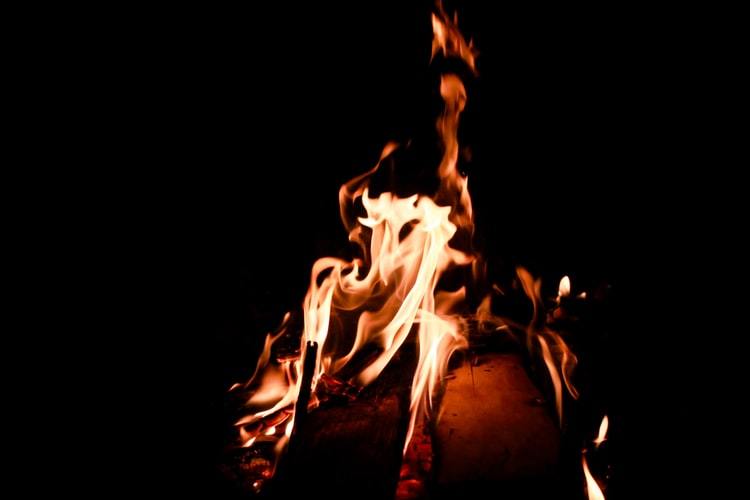 A few years ago, I was walking around El Centro of Mexico City…

With a Peruvian woman named Mary.

She was one of those Latinas with a more English sounding name.

Well, she was a cute woman – good heart and very easy to get along with.

All around liked her a bit.

Well, one night we’re walking around El Centro late at night and heading to get some ice cream at a McDonalds.

As we are walking along, I hear in the distance this demonic sounding voice screeching through the night.

Because, after enough time here, the immediate assumption is that it must be a crackhead who is going batshit insane.

It’s an older gentleman with a microphone and a bunch of books and pamphlets that he has to offer folks passing by.

And as we get closer, I understand now better what he is yelling about.

As he was literally just some odd feet away from the McDonalds window where we could get our ice cream.

If I remember right, I think he was standing at the beginning of Madero Street – which is a popular street with a bunch of shops.

At around 9 PM more or less.

Well, as we are waiting to order our ice cream given the line in front of us..

I’m listening to this guy and understanding what he is yelling about.

And I repeat – he had the most demonic sounding voice I ever heard.

But he was yelling a bunch of religious stuff – not for Satan but for Jesus.

Even though, based on how demonic his voice was and his screeching – you would think he was out here spreading the word of Satan.

But nope! He out here for our boy Jesus.

“Jesus is the lord of everything! He awesome! He cool! He all that!”

Well, he didn’t say it like that exactly but more or less the same idea – how cool Jesus is.

“Well, fuck – I already broke that rule by a thousand times” I thought.

“But can I fuck other dude’s chicks?” I thought.

And legit, he did say the f word…

The Spanish word for fag.

Which, for some reason, was the main thing he had a stick up his ass about.

Instead of giving us a 5 minute monologue on how adultery or premarital sex was bad..

He goes on and on about how being gay is a sin and how gays burn in hell, etc.

And my Peruvian chick that was with me muttered a comment about how he is homophobic and all but that was that.

But I was curious about this guy – and we had ice cream anyway – so I took one of his pamphlets that was free.

And walked off but continued my ice cream for a second while listening to his preaching for a little bit more.

Not because I agreed but just because I find public events like this interesting.

Well, anyway, that was the end of that – we went to Starbucks and left Mr. The-Gays-Will-Burn alone to continue his public speech for Jesus.

But, after some time here, I’ve noticed that this isn’t too uncommon in Latin America.

Where I am from – a small town in Iowa – I never came across any screeching preachers in public.

Even in bigger cities like Columbus, I never saw any.

Though we have them for sure as this would happen anywhere.

But over my entire time living in the US, I’ve never met one screeching preacher.

But in Latin America?

But let’s break down some thoughts on this subject below and end it since it’s a small aspect of living down here.

Ok, so I’ll break this down easily and get to the main points.

First, lots of people in the US, from what I have seen…

One thing I have noticed is they think “religious Catholic.”

Like all Latinos are these literal Jesus freaks running around going…

Now, the guy in the story above is like that for sure.

If Jesus were like “yo bro, give me yo girl, I want her pussy”

He’d probably give him a beer too for after they finish fucking.

But in all seriousness…

Most Latinos I have met are not religious freaks like this guy above.

But also keep in mind I mostly hang out with more urban Latinos from places like Mexico City who are younger around their 20s to 30s.

I rarely come across a truly religious person down here.

Most are like Americans in the US from what I have seen – Christian (or Catholic) in name but not really all that religious.

It might be different for those north of 40 or 50 years old but there’s plenty of folks in that age range who are not Jesus freaks either.

Especially in the cities.

Second, the amount of Jesus preachers though definitely seems higher down here than in the US.

Like I never saw a Jesus preacher in Buenos Aires, Argentina.

And if I had to guess, there are probably less of them in places like Argentina, Uruguay, Chile, etc…

In Colombia, I’d guess there are less of them (per capita basis) in Bogota than Barranquilla or Cali perhaps…

That’s an assumption to a degree but is based on what I have seen generally speaking.

Though it can happen anywhere obviously.

Third, most religious preachers are not as fun to watch like the guy above.

In Pachuca, I saw a few.

One lady preaching for Jesus but keeping it simple.

Another one who was at a park passing around pamphlets and just being very nice and sweet.

Either way, you do get the occasional batshit one like the guy above and I’ve seen a few of those in Mexico City, one in Guatemala City also, etc..

Regardless, those are just some of my thoughts on the topic.

It’s a small topic but worth mentioning as you will probably notice it eventually after living down here long enough..

My guess – if you really want to come across these folks more – is to stick to very touristy areas of large cities like Mexico City.

Because I’d imagine – if they are looking for attention to their cause – that would be the best place to preach since you have more foot traffic.

Same reason you got more hustlers there.

Because I’ve never seen one outside popular areas with plenty of people.

Anyway, like I said, this is all just a small aspect of living down here.

Got any experiences with it yourself?

Previous post: Are All Latinos Catholic Jesus Freaks? Next post: Exchanging USD on the Black Market in Buenos Aires