Exchanging USD on the Black Market in Buenos Aires 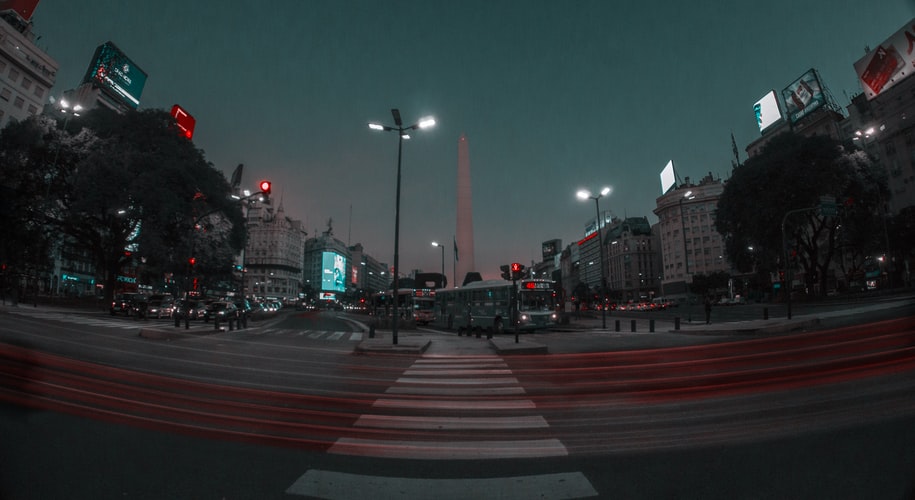 Back when I was living in Buenos Aires, Argentina years ago…

The financial situation in Argentina was a bit weird…

But hey, when is it ever normal?

Alright, I’ll walk myself out….

But in all seriousness, there was a bit of inflation back then from what I remember.

All of this would have been around 2015 if I remember right.

Back then, a sandwitch in Subway would have cost like around 70 to 80 Argentine pesos when I first arrived to Buenos Aires.

And I remember that near the end of my trip around December 2015, that a sandwich was worth around 120 to 130 Argentine pesos at the same Subway.

Granted, it included chips and a drink obviously.

But you get the idea.

Plus, there was another aspect of living down there that was interesting…

As you can read in this article here by a website called Eds Latin Travel Tips..

Apparently, it is super cheap to live in Buenos Aires, Argentina right now!

With the exception of São Paulo, Brazil perhaps…

But either way, it wasn’t cheap…

And one of those reasons was the exchange rate…

You see, the exchange rate is one of the bigger factors for why life can be very cheap down here in Latin America.

And why foreigners choose to live down here – low cost of living.

In the same way, the exchange rate in Mexico hasn’t always been 21 MXN to 1 USD.

Well, in Argentina back in 2015, if I remember right, the official exchange rate was around 9 Argentine pesos to 1 USD.

So if you were to withdraw cash from an ATM, that would be the exchange rate you get.

But there was a way to get another exchange rate…

Where in Argentina, and according to this website here, this apparently is still at thing over there…

They have this thing called the “Blue Dollar.”

Basically exchanging the USD on the black market rate.

And given I had a few hundred dollars on person, I decided to exchange for the “blue dollar” in Argentina.

Since, back then, the black market rate was around 15 Argentine pesos per 1 USD.

Want to know the difference as of now?

And, according to many, is apparently one of the best bang for your buck locations in Latin America.

But let’s get now to my experience exchanging USD on the black market in Buenos Aires in 2015.

So I did some research ahead of time…

And read it was around 15 Argentine pesos per USD.

You know, I say “exchanging USD on the black market.”

And that sounds sketchy and all…

Like you would have to go into some gangbanger paradise in some shitty neighborhood to get this deal done.

And the information was pretty public online about what the exchange rate was.

If I remember right, I think they even published the black market rate in some local newspaper I saw.

However, I did read online back in those days that it was technically illegal to do this…

Not sure if that is true or not but that is what I read.

But it definitely didn’t feel illegal because…

Now you would go up to one of these guys…

And say in Spanish obviously that you want to exchange USD for Argentine pesos.

And ask for their rate.

From what I remember, they had two different rates depending on how much you were exchanging.

If you exchanged more than say 100 USD or something like that, then the exchange rate would be a tiny bit better.

If below that threshold, then a tiny bit less better.

But I remember the difference was pretty tiny so it didn’t matter much to me then.

And the exchange rate below 100 USD or so was pretty close to 15 anyway.

And she told me how to spot a real or fake Argentine peso but I forgot how you do that.

You know, look for details on the bill and all.

Here’s a video below that goes into detail on how to do that apparently.

But either way, I remember going in twice or three times to exchange USD since I had over 200 bucks or so.

In each time, I got real bills.

The first time that I did exchange worked out like this…

I walked up to some random Argentine fat guy about exchanging as he was yelling CAMBIO CAMBIO.

I asked for the exchange rate in Spanish and he said something like 14.70 or something.

Just a little bit below 15 to give him some profit, I suppose.

So I agree with that and he walks me over some few feet away into a mini shopping building with different stores..

Where there was a lady who was probably somewhere between 35 and 40 sitting there with glasses..

She asks me how much I am exchanging and I pull out the bills I had.

I count them first and then give them to her.

She counts them and confirms how much I gave her and it was with what I counted.

And she does the math and asks me if I’m cool with it.

I go sure and she gets out some Argentine pesos and gives me the amount agreed upon.

I walked out and done.

At later incidents, I would walk around asking for different exchange rates to see what different people would say when I wanted to exchange again.

One lady I saw who worked inside a very small kiosk looking type building….

Told me like 9 Argentine pesos per USD and wouldn’t budge.

So I walked out and she seemed a bit pissed.

And I didn’t even argue with this one – I just walked away without saying anything and I heard her follow after me a few steps and yelled “13!”

But that was still below what others were offering.

Of course, they offer those exchange rates – 9, 11 and 13 – because they see a foreigner and assume we don’t know what the actual exchange rate is.

Similar to when Latinos try to do the “gringo price” for normal goods and services by wanting to charge us more than the locals.

Same thing, same mentality – instead of trying to win over a customer who could do business with you over various visits, try to fuck him over instead and earn a tiny bit more money…

Which turns out to be less than what you would earn if you made a loyal customer out of someone.

But hey, that type of logic doesn’t exist everywhere down here in Latin America – seems to be a difficult concept for some…

Or at least those with an IQ south of 90 and trust me, that’s not hard to find in Latin America.

Especially with dipshits trying to give you an exchange rate of 9 on the black market – when it’s 15!

And then of course…why is customer service so shit down here?

Anyway, that’s a bit of a ramble…

But back to the story to rap it up here…

Either way, back then, I just left that lady behind and easily enough found someone who could give me 15.

And given the amount of people on this street, you’ll find someone easily enough.

Also, one lesson you could learn here…

Or a few from this story…

First, ask a local for what the local prices are before doing any deals. That can help inform you.

Third, when looking to do different deals on the street – exchanging money or buying groceries in a market or some cheap stuff or whatever…

Just make sure to check out your options.

Don’t buy from the first person you talk with.

Just ask the price, nod and tell him or her you will be back later.

Check out what others are offering and make a decision then.

And finally, don’t be afraid to negotiate.

Either way, those are some basic lessons here.

Got any experiences or comments yourself about all of this?

Previous post: “The Gays Will Burn in Hell!” Next post: Homeless People Harassing You in Public in Latin America