The Gringo Desire for Homogeneous Society While Living in Latin America 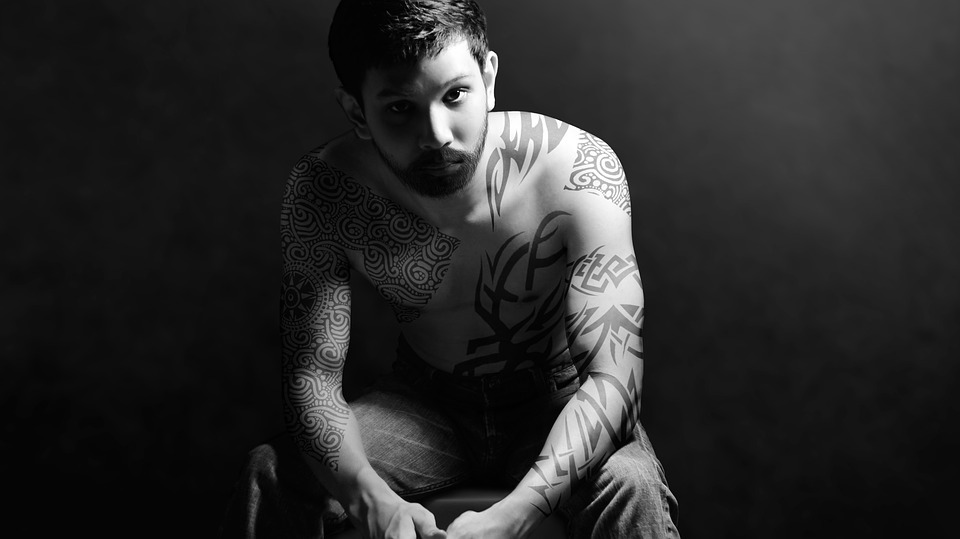 I have an American friend named Blayde.

He is from West Virginia.

And Blayde thinks that North Korea and "1930s Germany" are ideal examples of a society.

Well, as he puts it, he's a "national socialist" so to speak.

And believes that any society shouldn't have too many foreigners that are not like most of the locals.

He is also white and lives in Mexico where he owns a home in one of the most indigenous states of the country: Chiapas.

Now, to be fair, Blayde isn't running around hating on all of the non-white people of Mexico.

He doesn't attack them, spit on them, demand that they speak English, etc.

In fact, when it comes to English, he hates it when gringos don't learn Spanish in Mexico.

Love or hate his opinions but he is consistent to some degree.

Of course, you could argue his simple existence in Mexico isn't very consistent given he doesn't physically look like most Mexicans and doesn't come from the same culture as them.

To put it all together: A small-town, white guy from West Virginia who thinks "1930s Germany" was an ideal society but lives in Mexico.

And, for those curious, he also thinks the Earth is flat.

Flat earth belief? I don't give a shit. In fact, I got another friend Mike -- who likes BIG MEXICAN TITTIES as I wrote here -- who also believes as such.

I'm not the type to hold your political opinions against you as long as you treat me with respect.

Granted, given I am white, perhaps that helps him granting me more respect than otherwise but he is respectful towards any non-white Mexicans down here.

So, if you give me respect, we are cool.

You could believe that China should genocide all the non-white people off the planet.

But you still treat me with respect and make a great drinking buddy?

In fact, I actually enjoy more the people with "radical" or "extreme" ideas than non-radical or extreme ones because it's entertaining to listen to.

I enjoy listening to other people's perspectives.

If you told me that you GENUINELY believe that all of the planets revolve around a cosmic elephant that will bring us all to heaven only after all the gays of Pakistan are killed, I will grab my cheapest bottle of vodka and ask you to "tell me more" with genuine curiosity.

For all I know, maybe I'm wrong!

Maybe there is a need to focus on the "homosexual question" of Pakistan!

But, while you are not likely to convince me of such, sometimes I just like a good story!

Tell me about that monkey in the sky in the same way you'd tell me about flat earth or how "Hitler wasn't so bad."

Now, to be fair, perhaps one reason why I care so little about your opinions or don't take them so offensively is also I get most of you -- almost all of you -- will NEVER influence society with your opinions.

You could tell me how Blayde could vote for Trump and get him in office (despite him thinking Trump is a fake) but his individual vote won't change anything.

.....The vote of millions like him will but I'm not friends with millions of people. I'm not THAT popular.

But you get the point: I don't hold your personal opinions on politics against you for various reasons and mostly I just enjoy wacky opinions as if I'm listening to an interesting story.

The main point though that I want to bring up is how this type of character isn't so uncommon in Latin America to your surprise.

As I wrote here, you've actually had plenty of "white supremacist" colonies in Latin America over the centuries.

There are reasons for this perhaps.

Easier to set up a colony with limited government influence when the government is weak and police can be bribed.

Less taxes to be paid (in territorial tax countries and also governments weaker on tax collection).

Perhaps a perspective that race relations down here are more favorable to white people even in non-white majority countries.

That big desire to fuck Latina women that every single man loves (and even some married men perhaps -- who could blame them).

Regardless though, it's an irony, isn't it?

The individual who perhaps looks at more homogeneous societies as ideal with more authoritarian governments but yet lives in a society where the demographics are not homogeneous, the government is weak and where you are also a racial minority (being white).

Such is life -- there's a lot of inconsistencies in the beliefs of people.

Let's get into some more examples very briefly.

The Gringo Man Who Sticks to His Own

To be fair, I don't meet many people like this above.

More recently, I've met some in Blayde's circle whenever he brings a friend along to hang out with but it's not common.

Anyway, I remember going to some house party.

And there was an gringo man at the party that Blayde was leaving Mexico.

Had been here for quite some time but found it ready to go back home.

The guy in question felt it was just "time to go back to his people."

Just felt it was time to leave  them behind because he "doesn't feel like he belongs here" and "people really do better when they stick to themselves."

Not much more to say on the matter.

Our conversation on this topic didn't go too deep into detail but it did stick out to me.

Funny enough, Blayde was nodding away and even felt like in the time that he was ready to go back home.

But, funny enough, Blayde ended up falling in love, buying a house in Chiapas where people are even less white than in Mexico City, is still in Mexico City though and fell out of love with the chick he was with.

But, due to his belief that "America falling apart," he has chosen to stay in Mexico for now with his house in Chiapas.

The reasoning for why he believes it is falling apart is due to bad politicians, Covid restrictions and "too many immigrants."

So now he has a house in an area full of indigenous people and where white folks aren't too common compared to other parts of Mexico.

You'd think he'd have bought his house in the north of Mexico instead.

Outside of Mexico though, can we see anything like this reported online?

As you can see here, there's been a huge surge in German immigrants to Paraguay over the years to avoid Covid restrictions back home.

Similar to leftists also, you also have many issues influencing right-wing people also that merge together.

Instead of it being just about covid, it's also about "muslim immigrants" to Germany as you can read in this quote here.

"While Nietzsche and Förster envisioned an Aryan colony untouched by Jewish influence, El Paraíso Verde’s founder and leader Erwin Annau has spoken of preserving Germanic peoples from the presence of Islam and – on a website that was recently taken offline – questioned the blame allocated to Germany for the second world war. Advertisement

In a 2017 speech given before members of the Paraguayan government, Annau said: “Islam is not part of Germany. We are enlightened Christians, and we are concerned about our daughters. We see the Qur’an as [containing] an ideology of political domination, which is not compatible with democratic and Christian values.”

Paraguay itself has a small but well-established Muslim community in several major cities. Abdun Nur Baten, missionary for the Ahmadiyya Muslim Community of Paraguay, highlighted the apparent contradiction in Annau’s comments."

So there's obviously a bit of irony in it all as you can see in the quote above.

"Those muslims don't belong in our country but we belong in another country we are not from that also has muslims."

I enjoy a good story!

But let's wrap this up.

One other thing to mention is how people might get confused at what they would call a racist hanging out with people of another skin color.

So-called racists willing to hang out with people of other races and perceive them to be "just as racist as they are."

Reminds me of this documentary here where a white guy in South Africa who is a self-described racist is asked "what are you doing breaking bread with black people?"

To which he responds "well, they're just as racist as me!!"

There's irony in the behavior of these folks but I do agree that Latin Americans (or Africans in the case of above) can be "just as racist" as the white man.

Still, when you observe the behaviors of these folks and align them with their values, you can't but notice the irony in all of it.

But, given how intense the irony is, you can't hate it either and are more intrigued to learn more.

Anyway, it's a character that exists in Latin America anyhow that I've noticed over the years:

The type to dislike non-homogeneous societies and how his own country is taking in lots of immigrants and is increasingly less homogeneous but immigrates himself to a society where he is a racial minority.

The one thing I can say about these folks that is sometimes consistent among some of them -- such as in the case of Blayde -- is the dislike they have for "too many gringos" in their newfound community.

While Blayde mostly hangs though with other gringos ironically enough, he does live in a neighborhood away from most of them and does apply his "societies should be homogeneous" belief to them in how he hates seeing too many of them in Mexico after all his years living here.

....perhaps there is some consistency there.