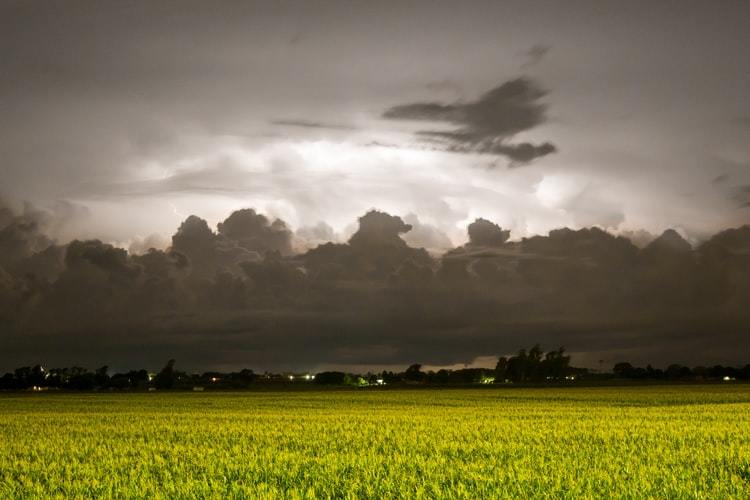 I figured I might as well look more broadly into the history of “white supremacy colonies” in Latin America.

Nazi individuals escaping to the region is one topic…

But how many folks who are white supremacists have moved down here to have their own communities promoting their ideology?

But I’m sure there’s plenty more I haven’t heard of.

And with any other examples that I can find online.

So let’s look into this together with what I can find out!

Since we started this article talking about Nazis, let’s keep up with the theme.

And this video goes on about a Nazi colony that was formed in 1961 in Chile called Colonia Dignidad.

What was Colonia Dignidad?

Well, after it was formed, its main leader for the longest time was a man named Paul Schäfer.

It was located in the Maule region of Chile near the Perquilauquén River with about 300 residents of German and Chilean nationality.

Much of the work on the colony involved agricultural production.

This colony became especially notorious for its role during the Pinochet Dictatorship in the 70s as it was used as a spot for the torture and murder of dissidents during that time period.

There was also child sexual abuse that occurred at this colony, which was later publicly revealed by an investigation by the Chilean government at later years.

The colony was fairly well secured with barbed wire, a watchtower and other tools to keep it isolated.

Ultimately, much of the abuse that occurred at this colony was later revealed.

In which the name of the colony eventually changed to Villa Baviera in 1991 with Paul Schäfer later being sentenced to prison in 2006.

Many of the other members who were involved in the human rights violations that occurred here were also sentenced to prison.

Here's also another video talking and showing in greater detail about Colonia Dignidad.

It actually wasn’t the first time that a white supremacy colony was formed in the region.

There’s an interesting example dating back decades before Colonia Dignidad.

This section is going to be more about “Colonia Nueva Australia.”

Or “New Australia Colony” in English.

This was a socialist colony with white supremacist influences that was established on September 28, 1893 with 238 people.

It was founded by an Australian man named William Lane.

However, he had some fundamental differences with other folks in the Australian labour movement, which caused him to establish his own socialist utopia outside of Australia.

As a result, he formed his colony in Paraguay.

The society that they built was intended to be founded on several different values, including communism and a brotherhood among white settlers only.

The colony itself was just about south-east of the Paraguayan capital of Asunción.

Moving forward, there were conflicts within the community regarding simple rules like the prohibition of alcohol.

On top of that, internal divisions grew even more in 1894 as a second wave of Australian immigrants moved to the colony.

As a result of the division, William Lane founded a new area called Cosme with other individuals.

Anyway, here's an interesting video about Australian socialists forming their colony in Paraguay.

Funny enough, it wasn’t just the Australians looking to form a colony in Paraguay.

Some German individuals tried the same!

With this colony, it was known as “Nueva Germania” and was founded in the San Pedro Department of Paraguay on August 23, 1887 by a German nationalist known as Bernhard Förster.

Much of the influence for Barnhard was to make a society that illustrated supremacy of German culture and the Aryan race in the Americas away from any Jewish influence.

However, the colony suffered quite a setback due to the environment that they decided to work in.

A lot of the original members died from diseases such as malaria for example.

Due to other problems as well, the colony ultimately was not very successful.

Many of the surviving individuals left the colony.

However, others continued to stay and the descendants of those who didn’t leave can be seen at where the colony is located today.

And the colony does actually exist today.

However, you could argue that it is not the same as what the founder intended.

There was apparently some study done on this website here (in German) that claims that only about 10% of the folks living in Nueva Germania are of German origin with about over 4,000 people living there.

With a lot of the inhabitants being fluent in Guarani also (an indigenous language).

Suffice to say, it’s not entirely an Aryan community nowadays.

But influences from German culture can obviously be seen today at the colony apparently.

Here’s a video anyway of this community today for those curious.

Personally, I always found the history of these colonies to be quite interesting.

First, it’s interesting to me to think where these white supremacists would choose to establish themselves in.

To be fair, countries like Argentina or Uruguay would make a lot more sense given the greater European heritage of the local inhabitants.

It just doesn’t seem like the whitest country in the world for them to settle themselves in.

If we had to pick a South American country for them, Argentina or Uruguay would make more sense.

And, from my understanding, there have been some white supremacists moving there also.

Though I would argue it would make even more sense for them to move to a more rural place in Eastern Europe.

But regardless, it’s just interesting to ponder why white supremacists would consider a country like Paraguay for example.

Would be like if black supremacists chose to form a colony in Uruguay.

Are there black Uruguayans?

Sure but not that many relative to the population as a whole.

Though, on that topic, you can read an article I wrote about visiting an Afro-Uruguayan cultural institute years ago.

Anyway, back on the subject…

Second, it’s interesting to me also just to consider individuals who moved to Latin America in those years.

As I wrote here, I had an aunt who spent time in Guatemala decades ago and all around lived abroad for decades.

It’s been interesting to me at times to consider the lives of foreigners who chose to move down here way before I ever did.

Just to get a better perspective on what life was like back then before the world became even more globalized.

Third, the idea of individuals escaping their home country because of fear due to persecution always seemed interesting.

Thus, I find myself living outside of my country ruined from the war and having to work with a new life in a foreign country.

Still, the idea of being, in this case, in “exile” from your home country after such a massive war always seemed like a life full of such huge stories.

I’m sure there must be an historian who has looked into their lives in greater detail.

Would be an interesting read.

All around, it’s an interesting little detail to the history of Latin America.

But then how many know about socialists also who moved to Paragauy?

And all the other similar colonies formed over the years in this region?

As I said, it makes for an interesting read.

I didn’t go into too much detail on each colony just to make sure this article doesn’t get too big.

As there’s a ton of history.

If you are curious to learn more, just Google any of the groups mentioned and watch the Youtube videos I provided.

And if you have any of your own thoughts regarding this…