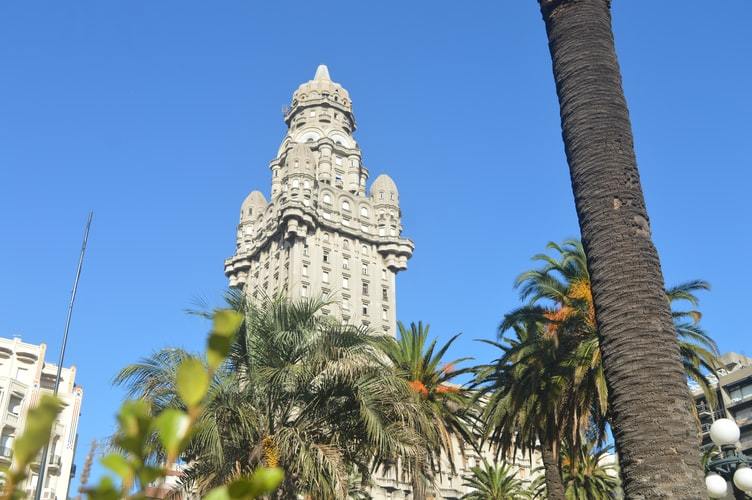 I took a trip to Montevideo, Uruguay with some other folks.

As I was living in Argentina, we often took trips around to other parts of this part of South America…

Mostly to look into the integration of different South American countries and their economies into the MERCOSUR trading bloc.

Which is one of the main trading blocs in this part of the world.

But given my time in Uruguay was going to be relatively short, I decided not to leave Montevideo to see what else exists outside of the capital.

Though, for sure, I’d love to see other parts of Uruguay one day but we will leave that for another day.

Once I arrived in Montevideo by taking a boat from Buenos Aires, Argentina to the capital of Uruguay…

I remember spending my first day or two basically enjoying the city for what it has to offer in terms of architecture, museums and parks mostly.

But then on one of those days I ended up visiting a place called “Casa de la Cultura Afrouruguaya.”

In English, that would be translated to “House of Afro Uruguayan Culture.”

Where I got to see some musical performances and learn a bit about some of the diversity in Uruguay..

So let’s get into it briefly as to what I saw with a video below here to show you what this place looks like inside.

Time at the House of Afro Uruguayan Culture

We were briefly given a tour of the place and showed around some of the history of it.

Of which you can read about here by the way.

And here you read about it in Spanish.

Here is also a picture of some of the art work that you can find in the building.

And also one here of a sculpture.

And speaking of music…

We ultimately were given a taste of some of the culture that this place promotes.

Where they had different musical groups perform in front of us.

It wasn’t just us though sitting down..

They had this event planned out obviously for a little bit of time and other members of the community showed up and sat down.

Mostly Uruguayans obviously – we were the only other foreigners there from what I could tell.

And so now here are some pictures of the different performances that they gave.

With also another video I will post here below for those interested in getting more of a look of this place and some performance they seem to be doing here.

And so when it comes to my time here – that’s most of what I have to say about this place specifically.

It has been around 5 and a half or maybe 6 years since I was there so that is the basics of my memory of what happened.

But the reason for why I wrote this brief article is actually a bit more than to just talk about this place..

And to also bring up a bigger point that I think this trip helps represent.

The Point: Example of Diversity in Latin America

One thing you will notice is that a lot of people tend to think of all of Latin America as basically just a giant extension of Mexico for the most part.

For whatever reason Mexico seems to be the representation of this region for lots of people.

And even though Mexico has plenty of its own religious, racial, ethnic and linguistic diversity…

All Mexicans tend to be grouped under being brown mestizos.

Even Mexicans themselves will do that by claiming that Mexico is a country of “mestizos.”

Which, from a foreign perspective after some years down here now…

It’d be like saying that the US is a country of “white people.”

Though, funny enough, when you are dealing with more ignorant Latinos from more rural backgrounds who have never been to the US…

Some of them do tend to group all white people as being “Americans” even though obviously there are white people from other countries also..

Regardless, there are obviously plenty of Mexicans who are not mestizo – white, black, indigenous, Asian, etc.

And a mix of those as well.

And the same can be said of all of Latin America and it is one of the reasons for why I like this region – the amount of cultural diversity comparing places like Bolivia to the Dominican Republic.

They might think all of Uruguay as being a bunch of white European descended folks when that’s not entirely true either.

And so really the purpose of this article is to illustrate just that – that there is an abundance of diversity in this region given the huge movement of people over centuries from all of the world to this region.

Be it the different waves of indigenous folks who showed up (and who are not all the same and have their own diversity from each other obviously).

To the Spaniards and Portuguese who colonized everything.

Who brought with them black slaves.

To the different waves of migration from every part of the world in centuries after, such as Europe, Asia, etc.

And so ultimately this article – though very brief – helped serve as a useful example in terms of some of the diversity you will find down here.

Now here is another video anyway of the place discussed – the House of Afro Uruguayan Culture.

Got any questions or comments?

Enjoy this picture here also of a Uruguayan flag that I took.