Sex with an Indigenous Woman in Chiapas 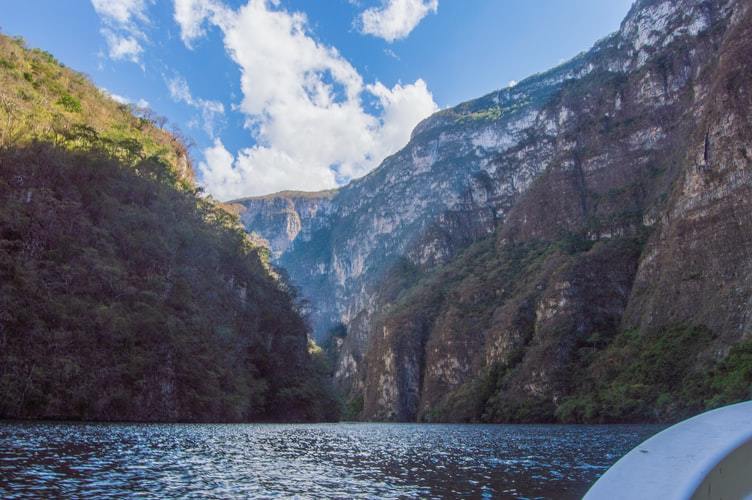 As I wrote about here…

My very first trip to Latin America some odd years ago was to visit a rural social movement in Chiapas, Mexico.

At the time, I was involved in getting some work done on the movement to write up a report about what was going on there at the time.

A project I took on again a few years later when I had to write up a thesis of a few hundred pages on the same topic.

Something I plan on writing more about in the future whenever I can finish putting out a book I have been working on.

Once in Villahermosa, I remember some of my initial thoughts about Mexico.

“Why are people so loud?” was a first thought as there were guys yelling shit I couldn’t understand well in a bus station.

In hindsight, they were probably yelling out “our combi goes to x destination! 10 pesos 10 pesos!”

“Why you yelling, motherfucker? We heard you the first time!”

To also how crowded Villahermosa seemed in the markets coming from the perspective of someone born and raised in a small town up north.

Which is funny to think about because nowadays it doesn’t leave any impression on me or bother me.

To also going to some restaurant in Villahermosa with a guide named Peter who warned us not to sit down at a particular place because of concerns for food poisoning.

Other impressions included seeing so much intense security in the streets at nights with literally a cop vehicle going down the road in front of our hotel with some heavy ass looking machine gun.

Among other things I could go on about…

But once in Villahermosa…

We found our guide – a guy named Peter as I said – who did social work in the area for an important social movement.

For example, he often raised money from people who donate to their organization and also those who buy products like organic coffee and other things.

Anyway, I remember our arrival to Chiapas in some small van and eventually we settled for a night in some rural hotel looking spot.

Where later into the night…

Peter and I were sitting down at a table alone as other gringos that came along had gone to bed by that point.

Ultimately, I started having a conversation with Peter about life in general in Chiapas.

Since this was a guy who has spent a few decades in this region and really has some eye-opening experiences.

Much more than your typical gringo.

Well, the conversation went on about the security in the area…

How paramilitary groups exist in the region that sometimes attack some of the more rural communities.

To efforts by the Mexican government to destabilize the movement as well.

For more interesting information on this topic, check out this source here.

Really worth checking out – there’s tons of interesting information out there that I could go all day about.

But this article is more about a funny little story I remember from Peter that is less serious perhaps than paramilitary groups and other heavy topics.

As the conversation continued…

Peter bought me a shot of some type of liquor before we carried on.

Where then I asked him if he had seen any weird shit from all of the foreigners he brings into this region.

Because that has been part of his job also in organizing these trips to visit these communities in this part of Chiapas.

In part because of bringing awareness to the situation there and also maybe bring some extra money to the cause he was interested in.

A part from funny misunderstandings between those who don’t speak Spanish and the locals..

Was also a story about some foreign dude…

I think some white Canadian if I remember right…

Who basically was brought along a trip to see some of the nearby villages that were part of this social movement also.

Even attend their language skill classes to learn some indigenous language called Tzotzil if I remember right..

So the guy was going to be spending what I imagine to be maybe a month there more or less or however long..

But a little bit longer than our trip which was just a week or so more or less.

I suppose the dude was a real conquistador or something.

Because with the limited time he did have in this area of maybe a month or whatever..

Apparently the dude literally got caught fucking one of the local indigenous chicks in this small ass community.

But, from what I remember of the story, he apparently was caught fucking her at some nearby lake or maybe it was a small river.

Near a body of water basically where someone caught both of them butt naked fucking.

When I heard the story, I wish I had asked more interesting questions.

At the time, I was just amazed that this random dude went into a rural area and managed to get one of the local chicks to fuck with the limited time he had.

But questions I would have is…

“Did they both speak Spanish or what language did he have to speak to her in?”

“Did he really improve his Tzotzil that quickly that he was able to be smooth in her language to seduce her?”

“Did they wear condoms? Any unwanted pregnancies?”

“Did she get kicked out of the community afterwards by an angry family and judgmental neighbors in rural ass Chiapas?”

“Did the dude get hung from a tree by an angry father?”

“Or did the father force his hand in marrying her, having kids with her and raising them in a nice little house in rural Chiapas by the mountains?”

So many questions I have nowadays about it!

I was talking with a friend about it recently and he mentioned it sounded like something “from the 1400s..”

I mean we’ve been through this lesson before…

Literally in this case!

Unfortunately, I can’t find any supporting documentation from the news for the legitimacy of this story.

I tried looking stuff up in Spanish in the news if maybe some news company from Chiapas might have published a story about it..

But I guess they wanted to keep it out of the papers.

If someone finds something that looks similar to this…

In Mexico or hell even in some other Latin country…

Send it my way!

But ultimately it’s just a funny little story I suppose and we will have to leave it at that.

Like this article here where I wrote about encountering the occasional gringo who is full of shit about his past life prior to Latin America.

Though, in this case, I don’t think this story about the Canadian dude fucking the local indigenous lady in Chiapas is full of shit.

Peter wasn’t the type from my impression to make shit up.

And he has seen plenty of shit – much more than the average gringo down here.

Plus, the idea isn’t too ludicrous…

A common theme in human history – the desire to break pussy walls.

But that’s all the details Peter did have.

I remember him saying he heard about it but wasn’t really part of the story so his knowledge is limited on everything that happened.

Anyway, like I said, if you have any similar stories, pass them my way.

I figured I might as well end this article with some more documented and verified stories of folks fucking in public.

So here’s a video on Facebook of a couple getting caught fucking in public in Chiapas.

And here’s some similar scandals below here.