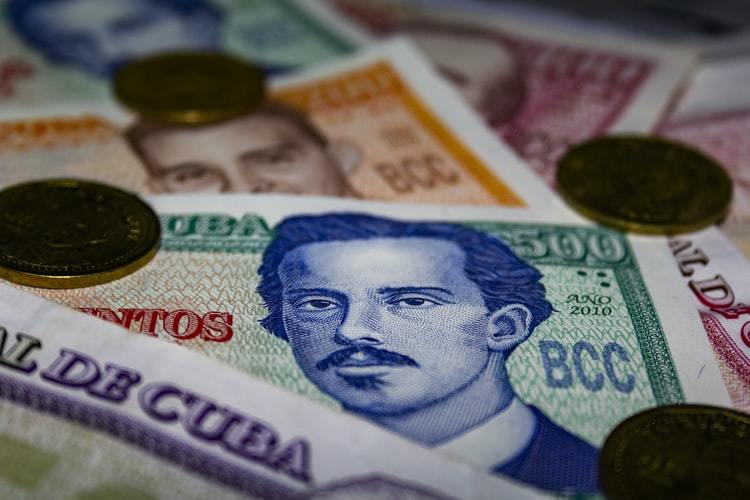 And so on and so on…

It’s impossible to not completely feel like an outsider.

Granted, in Latin America, it also depends on a few other factors…

Such as if you are consistently traveling – “digital nomadism” – or settling roots somewhere.

Additionally, it depends on your personal behavior wherever you are.

The degree to which you actually work to meet new people.

And when I say meet new people…

Ideally that means something a little more than looking for the next chick to fuck from Tinder.

Why not both, right?

I feel that everyone will know what that means.

Despite your behavior and so forth.

It comes with the package of living down here.

And so foreigners tend to take it a bit bizarre where they will try to act like the locals.

Some people might call that “going full Latino” as this article here goes into more detail on such behavior.

Personally, I feel it is a bit silly to do so.

Nobody will ever consider you to be “one of the locals” no matter how much effort you put into it.

Where you dye your hair black, perfect the local accent through accent training classes…

While publishing the next “Great Latin American novel.”

In that sense, if you do all of that, then maybe you will get accepted as one of the locals.

Otherwise, it’s just part of life and you have to be cool with it.

For me, I’m fine with it overall. I don’t strive to “be one of the locals” and am proud of where I came from.

No matter your behavior…

Can sometimes impact your mindset in a more negative way.

Perhaps you get angry about the locals after one too many try to fuck you over or you get tired of dealing with inefficient shit happening all the time.

Thus, you hang out with the other local gringos and talk shit about the locals all day while you’re the bartender (who happens to be a local who speaks English) serves you the 12th beer and 4th shot of the night.

Bitching about the locals all day everyday!

Don’t get me wrong.

But I have an equal distaste for some of the behaviors seen in other gringos as well.

Plenty of disdain for everyone!

One of those behaviors though…

Or perhaps a better word is “mentality”

Is when said gringo falls into a rabbit hole of always disliking the locals and saying shit without ever having anything positive to say.

As the effect of feeling like an outsider lasts for a long time and they never get around to being comfortable with it.

You might end up for a long time with this mentality that is hostile towards the locals with different thoughts that come by your mind.

Is this idea that the locals “don’t care about you and only want you for superficial reasons.”

The most typical of those reasons being money.

Perhaps other reasons that might cross the mind include…

“They only want to use me to learn English!”

“These gringo hunters only want sex! They don’t want to know me personally”

“She just wants a greencard!”

Anyway, those would probably be the main things – money, English and sex.

Ultimately, I feel this is a very toxic mentality.

I’ve heard a few gringos think this way or have some mentality that is similar to this mindset.

And I’ve had similar thoughts myself.

You will have your days…

Before vomiting on his own shoes.

To which you keep walking…

Some street hustler approaches you “friend…friend…where you from friend?!?” while trying to sell you a balloon for 20 bucks when he would normally sell it to the locals for a dollar.

Afterwards, you need to take a taxi somewhere…

And one taxi after another continually tries to rip you off.

You get inside one that agrees on a normal price.

Then maybe he tries to fuck you after you are already in with some bullshit.

Afterwards, you get out of the taxi after getting into a heated argument with him and telling him to shove the 100 pesos up his ass.

And maybe the barista at Starbucks to the bartender in some bar or whoever tries opening up in broken English because they assume you suck at Spanish due to being a foreigner.

To which you get your drink and start talking with some chicks.

One who just seems to want to treat you like a free tutor to learn English.

You do, however, have some side chicks who seem down to fuck and that is nice.

Who you might meet after meeting up with some gringo friend to shoot the shit with and that’s it.

Well, there might be some other inconveniences in there also but you get the idea.

Ultimately, while many of these things are either exaggerated (like the homeless guy vomiting) or just minor and annoying in the moment…

Happens consistently enough where some annoying shit occurs here and there.

It might be minor but eventually it builds up that mentality that I was talking about.

Where if you don’t hang out with enough locals that are actual friends.

Well, I mean you can do that.

But I also feel you get a warped sense of how the locals can be.

A much more negative view that isn’t aligned with reality.

Most of the locals don’t really give a fuck if you are a foreigner and are not looking to “use you” in any particular way.

They have their own lives and that is it.

On top of that, there’s quite a few who actually have a strong curiosity about foreigners!

For more genuine reasons outside of trying to get money from you or use you as a way to sharpen their English skills.

You will see that even more so in areas of Latin America that are not at all touristy.

At least in my experience, the locals in non-touristy areas from Pachuca to Quilla to Cochabamba tend to be friendlier in that regard.

Or more curious in general about foreigners and wanting to befriend one.

The ones who do “want to use you” are usually in a relative minority for the most part.

You have less of them than you have of those who are very curious about you for genuine reasons.

With most in the middle – not giving a fuck about you as they have their own lives.

My advice here is simple….

First, try to get over the “you are the outsider” mentality. I plan on writing a much more elaborate article on this topic another day as it really deserves more discussion.

That comes anyway with being proud of where you come from and accepting that it is very unlikely you will ever be seen as one of the locals despite the investment you put into wherever you live.

To come to terms with it and to be happy with it.

Second, do vent when needed. Have someone who you can shoot the shit with so you can get stuff off your chest and blow smoke into the air. The minor shit gets to you over time.

Like I said, everything in that “Outsider’s Day” section above is just minor shit but it adds up after a while.

So learn how to not let the annoyance from dealing with it build up over time.

Third, look to actually get real local friends who you are not just trying to fuck.

Nothing wrong with fucking!

But I think it would help discourage the more toxic mentality that some foreigners can have right after their “honeymoon” phase is over.

The “honeymoon phase” that I wrote more about here.

Which this all goes back to “developing roots” into whatever community you live in.

Nothing wrong with traveling around and being a “digital nomad” or whatever.

And I’m curious to traveling for a tiny bit in a year or so.

I would say it is a lot harder to achieve the third point here above if you are constantly on the move.

At the very least, if you do travel, try to establish a base whenever you do move.

Like you live somewhere for a year without moving again for another year at least.

That would satisfy your need to travel and let you spend more time with new cool people wherever you end up.

And even if you do all of this…

You might still have that mentality once in a while…

However it develops in your head or how you frame it yourself.

Be it “they just want money, English or sex”

Or “they’re always looking to fuck over foreigners!”

Or however you end up framing it…

I feel for most foreigners that this is a thought that might cross your head regardless from time to time.

But hopefully you follow the advice here and learn how to mature a bit when it comes to thoughts like that.

Because it’s really about maturing with your time living in a foreign country.

Where you are beyond the “honeymoon phase” and not in some dark “fuck the locals” phase.

And can enjoy life here without being naïve but also while not being overly pessimistic and at peace with “being the outsider.”

Anyway, that’s all I got to say for now.

Any relevant experiences, comments or questions?

Previous post: A Few Weeks in Santo Domingo Next post: Sex with an Indigenous Woman in Chiapas