Ideal Latin Countries for the New Gringo on a Tourist Visa 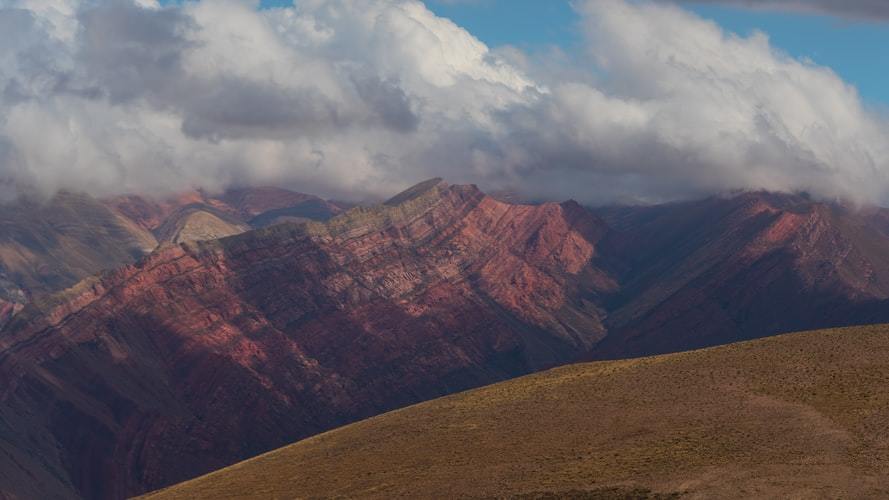 It was basically just me hopping around from country to country for the most part.

With some countries getting much more of my time than others…

With others like Paraguay, Uruguay, Nicaragua or whatever getting a lot less time.

But that initial year really helped give me a broad introduction to the region.

Beyond that, I ended up in Mexico soon afterwards…

I only chose Mexico because I was set to finish a project I was working on in regards to a movement in Mexico called the Zapatistas.

It was either that…

Or maybe spend a year in China as a guy I know was offering a job to teach English there.

But ultimately I decided against that because I really wasn’t that excited about living in China..

Perhaps Pereira or Manizales maybe mostly because of the cheaper cost of living, plenty of nice hiking trails and mountains nearby….

And also, if we are being honest, because I found the women there before to be pretty good looking and I wouldn’t mind a year having fun in a city like Pereira perhaps…

However, some might say women in Pereira are better looking but now I’m rambling a bit…

Anyway, back to the topic….

Which is that, ultimately, Mexico was a better choice for me long term over Colombia for getting my feet back in Latin America.

Because, as you can read here, I was unfocused in my first year back in this region as I was mostly out and about drinking and hooking up.

Given that Colombia, from what I know, only allows you in the country for 6 months out of the calendar year…

Yet alone after the first 6 months.

The huge benefit to picking Mexico…

Outside of the cheaper airfare…

6 months in the country and then you have to leave and come back in for another 6 month time period.

Whereas, with Colombia, I understand it as you have to wait until the New Year starts again to get your next 6 months.

Which would have let me stay in the country for an entire year as I had left the US for good by June 2017 if I remember right.

I’m not sure that’s a game I would’ve wanted to play back then.

Or head back home for 6 months or whatever really.

So, like I said, I’m glad I chose Mexico as a starting point for getting my feet back into the water down here.

And that’s the point of this article!

To break down some ideas for those interested in moving ot Latin America but you want a place that is more legally convenient….

When it comes to tourism visas and the like.

Because some countries down here are much less convenient than others.

And just want a place that is more legally convenient for getting your feet in the water with living down here.

In my opinion, Mexico really is the best option in Latin America for getting your feet in the water.

If you are a North American, it is literally the closest country to you!

Much cheaper airfare then most likely…

Good food all around.

The people tend to speak English a little bit better than most other nationalities of Latinos in my experience (in case your Spanish is weak).

It has a good exchange rate (though most Latin countries do) with a great value for what you get with your money.

Better than plenty of other Latin countries in my opinion.

The flights there are not as long.

If you come from Chicago area, it’s literally just a day to get there.

Plus, as I said, they are very relaxed on the time a tourist can stay there.

With an entire 6 months given to you and then you can renew it by leaving and coming back in.

Though, from what I remember, it’s recommended you stay out of the country for 72 hours before coming back in but still.

While some of them, like Costa Rica, tend to be smaller in size with less places to visit.

Anyway, Mexico City is one of the better options in my opinion in this country if you like the big city.

Want a smaller city that is less chaotic?

I’ll be honest – I’ve never been to a beach in all of my time in Mexico.

I’m not a beach person to be honest.

But I’ve heard Mazatlan is good for it.

Otherwise, here’s a video on the best beaches in Mexico to see.

I don’t know if it is legit but it has a good thumbs up to thumbs down ratio so I guess it’s cool.

More helpful than any advice I can give on beaches in this country.

Argentina is not perfect by any means…

It is very far away.

So the cost of a flight and the length of that flight is a bit worse.

I remember English levels were higher there in places like Buenos Aires than other parts of Latin America for those with limited Spanish.

Nightlife is some of the best of the whole region.

Very safe in my opinion and much safer than most of Latin America in my experience.

Some of the best scenery of Latin America in my opinion also outside of Buenos Aires as you can read here.

And, according to this article here, the Argentine peso has crashed in the exchange rates.

And from what I have heard by other travelers, it is now relatively cheaper to live in Argentina.

Apparently one of the better deals for having a low cost of living in a high quality of living environment.

While Argentina only lets tourists in for 90 days…

The process to do a visa run isn’t as much of a pain in the ass if you happen to live in Buenos Aires.

Because, as you can read here, plenty of people just take a boat ride that is an hour or two over to Uruguay.

Then come back and done!

Though, as some of the people in that source caution, there has been more pushback by Argentine authorities on those who do visa runs to Uruguay.

But, technically speaking, you should be able to do it from my understanding.

I did that once – not so much a visa run but just to check out Uruguay from Buenos Aires by boat.

It was easy and cheap.

I don’t remember the cost of the trip but it wasn’t much either.

So there you go!

Anyway, if you don’t like the big city life, then I guess Buenos Aires wouldn’t do it for you.

I’m much more familiar though with the northern part of southern parts of the country.

If you want a warmer climate with some good sightseeing in the countryside, then try Misiones.

Or Corrientes next door – both have some of the nicer people too and cost of living isn’t high either.

I liked that city quite a bit.

I haven’t lived there – only visited.

But I was told cost of living can be higher in that region due to all of the tourism and so forth.

Anyway, that’s where I would go in that region.

I always assumed that their English levels are better on average than other Latin countries.

That’s an assumption though so take it with a grain of salt.

Also, it’s more comfortable in general and less violent from what I’ve heard.

They only allow you in the country though for 90 days…

But a visa run, as you can read in this great article here, is not too difficult to do and plenty of people do it.

After reading that article, it seems most folks tend to go to Nicaragua or Panama for that visa run.

Fair enough – it’s right next door and I imagine the trip isn’t too long as most of these countries in Central America tend to be smaller in size.

Also, Costa Rica isn’t very far from the US or Canada if you happen to be from there.

So cheaper flight costs and flights that are not as lengthy.

Where should you go?

Well, since I don’t know Costa Rica and am not a beach person…

I have no idea but a quick Google search shows that a place called Jaco is a good option.

So there you go!

This article is getting lengthy and I figured it is time to wrap it up soon.

However, I want to mention also that, as I implied before, you can also just do country rotations if you want.

I know one guy who does that – spends his time between Colombia, Brazil and the Dominican Republic.

But he makes good money online and can afford to do so.

That wouldn’t have been an option due to the fact I was just getting my feet wet with making money online.

Though nowadays it wouldn’t be so difficult (ignoring the travel restrictions we have with Covid).

But, like I said, if you are more comfortable with money as well and have something going for you…

Then keep this idea in your mind also.

It would be similar I suppose to my first two years in Latin America where I basically just went from country to country.

And, in my opinion, was a great and broad introduction to the region.

So I recommend it if you happen to have the money and time for it.

Finally, though I don’t recommend you do this….

I just want to point out that plenty of people choose to live illegally down here as tourists!

By overstaying the visa.

Again, I can’t recommend this whatsoever!

But I just want to say that I know people like this in Mexico.

Who are here illegally of over 2 years or more…

And they have no issue.

Some of them have left the country even and only paid 25 bucks as a fine when they left.

Though, on the books, fines in Mexico for being illegal can be as high as 300 bucks if I remember right.

Still cheaper than a flight out of the country usually…

Something you’d have to research yourself.

I suspect there are other countries with a similar liberal attitude to foreigners staying here illegally and who happen to have money.

Again, not encouraging this in anyway whatsoever!

But it is a path some people happen to choose when they want to live in Latin America for a long time.

Like I said, there are other countries where the visa run is allowed.

So I don’t want to make it seem like Mexico, Argentina or Costa Rica are the only options…

But, assuming you are a foreigner with no experience in Latin America and no Spanish or Portuguese…

Then I’d recommend those areas as I feel they are easier to adjust to life down here perhaps for beginners.

In Mexico’s case, easier to fly into.

And the big point being that they are easier to stay in long term with visa runs.

Veneuela being an obvious one.

Also, from what I’ve heard, apparently Colombia is difficult as you can read here.

So is Brazil according to this article here.

Among maybe some others as well.

Anyway, if you have any questions about some countries or cities down here…

Write a comment below and hopefully I can help.

Or if you have any comments or experiences…