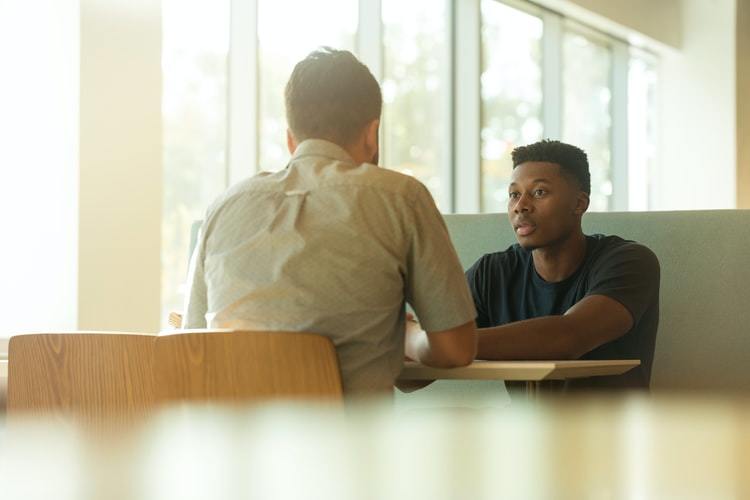 Back when I was living in Cochabamba, Bolivia working for this NGO…

As you can read here.

I was sitting down on a couch in some living room area of the NGO’s main building where there were mostly other foreigners and a few local Bolivians also.

Anyway, there was this one Bolivian woman named Yara.

And some gringo dude whose name I forgot but let’s call him Steven.

Well, Yara and Steven were beginning to have a conversation about whatever…

I forgot what it was exactly but I think it was Steven asking about this process the NGO had to request funds to support a certain project he was working on.

But there was something peculiar about the conversation that seemed kinda funny to me at the time.

Steven was talking in Spanish and Yara was throwing down her best English.

It was some weird bilingual conversation where both parties decided they would rather speak the native language of the other person.

And neither one of them spoke the language all too well.

If I had to guess, I’d say maybe Steven’s Spanish was slightly better but not by much really.

But they could both communicate to each other fine enough in each other’s language.

It was one of those weird moments you have in Latin America where the Latino is insistent on speaking English and the gringo is hellbent on speaking Spanish.

It was pretty weird to see.

And even more so in that I feel it hindered to a degree their ability to have a more understandable conversation.

Because how could you when both parties have difficulty in the other person’s language and they are both speaking in a different language?

And to be honest…

I’ve been there also!

He was insistent on speaking in English and I wanted to speak in Spanish.

And though I haven’t been in this situation for some odd time now….

I got reminded of it briefly when I saw some gringo recently engage in a similar conversation with a local in Mexico City.

Here’s some thoughts on the subject.

From what I have observed, the main reason why this happens in my opinion is that both parties want to practice a new language.

The gringo probably spent maybe 600 bucks to fly into some part of Latin America and is spending maybe a few thousand in total for this trip for what is probably a rare opportunity to practice with the locals.

And the Latino guy also wants to practice his English out of the fact that learning English does open more opportunities for people in general (travel, work, etc).

Said person still might have that perception that it could be useful someday (even if it never turns out to be) and also the association some Latinos make between speaking English and being “more educado.”

And neither will back down.

Ultimately, you get that type of conversation – a Latino with broken English and a gringo with broken Spanish.

There are other things to say also…

I feel also there is a degree of stubbornness mixed into this equation sometimes also.

Not always but sometimes.

Where maybe one or both parties feels that the other person trying to speak in their language is somehow indirectly saying “your way of speaking my language is so shit, I must speak in your language.”

I know most people don’t process it that way…

This one landlord in particular some odd months ago.

And I texted back in Spanish.

And somehow accused me of thinking she isn’t “smart enough” to speak English.

When I just wanted to ask this landlord some questions about the place she was renting.

But, to be fair, I’m sure there are gringos who think the same also when confronted with a situation like this.

So either one or both parties decide to double down in the other person’s language.

And while people will be stubborn sometimes…

There are situations where I feel it would be appropriate to back down and people need to realize it.

The Person With Broken Language Skills

One such incident is when you are dealing with a Latino whose English is so shit that you literally can’t understand what he wants to say.

Or they might assume you don’t speak Spanish because you are a foreigner even though you just opened up to the guy in Spanish.

And it goes both ways.

The occasional gringo who goes to Latin America with basically no Spanish beyond “hola.”

So, to be fair, it goes both ways.

When basically one party essentially has no understanding of the other person’s language.

In that case, in most situations, it makes sense for both parties to revert to the language that both parties can speak in.

Or at least use Google Translate if needed if neither party speaks the other person’s language.

It’s not my native language and I don’t think I will ever be perfect in it.

Superior to whatever Gabriel Garcia Marquez wrote and the other greats..

Despite how comfortable I feel in Spanish…

You also will meet the occasional person whose command of English down here is so great that it is basically fluency.

Years ago I met a chick named Tami in Buenos Aires.

Who studied English for a year in either Kansas or Kentucky.

One of those K states.

Anyway, her English was perfect.

She didn’t have an accent from someone in Latin America when she spoke English.

Never had difficulty remembering any words either.

But she was Argentine.

Her English was so perfect that you could literally drop her in the middle of Iowa and she would pass as an Iowan.

Just get her in some sexy boots, a bra and panties in American flag colors with a gun in hand and a barbeque behind her next to a corn field and a truck nearby…

Her English was so perfect that we always spoke in English.

She was one of the few Latinos down here that I have met whose English is so perfect that it wouldn’t make sense for me to speak in Spanish with her.

I don’t feel the need to practice my Spanish. I’ve done that plenty and feel comfortable with my Spanish skills.

And here she is speaking perfect English so obviously we will resort to speaking English.

Though it’s extremely rare in my experience for you to find a person down here whose English was as good as hers.

It’s almost always, in my experience, someone who is from the upper class who learned English from a very young age.

Usually someone who I would say is very “gringoized” if that is the right way to put it.

With that year in Kansas or Kentucky to help.

And a few international trips to other countries as her dad was some very successful doctor or whatever.

So in that case…

I would say it makes sense to resort to English…

Or in Spanish if your command of Spanish is quite significant compared to the English levels of whoever.

My only advice is simple here – use common sense.

Just ask them if you can practice with them.

Any relevant experiences, questions or comments?

One of my favorite sites. I am currently learning Spanish.

Recommendable post. I learn something more challenging on different blogs everyday. Helpful stimulating to see content from other writers and study a little something there. Let me apply certain of your content on my blog on hand mind. Natually Ill give you a link time for your web page. Appreciate your sharing.