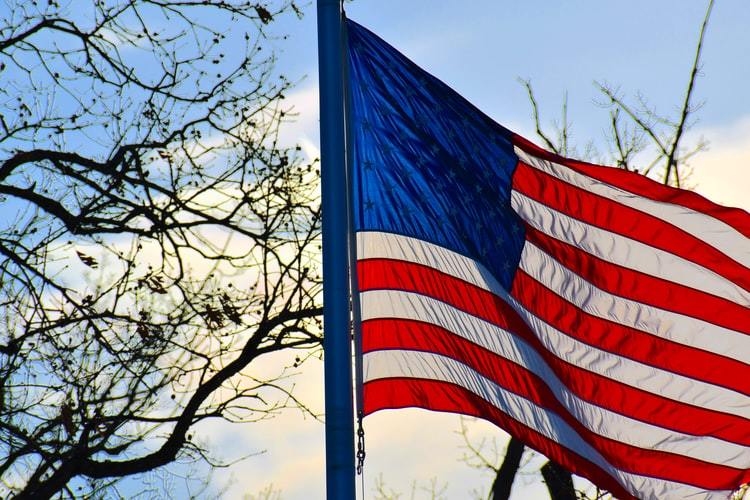 A few odd months ago, I was going through Facebook a bit bored…

When I saw someone posted a job offer in some group for people who travel around the world.

Anyway, the job offer had something to do with marketing or something along those lines…

But the person offering the job wrote that she wants the applicant to speak “USA Spanish.”

Suffice to say, that pulled out a little bit of a reaction.

With some people confused and other people trying to explain what they think she meant by “USA Spanish.”

To be fair, I find the requirement a little bit weird also but I guess it kinda makes sense.

If she is going to post marketing stuff geared towards US Latinos, then it would make sense that you don’t want your marketing material produced in Argentine Spanish for example.

That might sound weird to most US Latinos who are more commonly of Mexican, Central American or Caribbean descent.

Though, to be fair, we obviously have US Latinos of Argentine descent…

That was the explanation some tried to give…

With even one person showing some screenshot of how their laptop has the option “US Spanish” for the language settings!

With other types of Spanish also available obviously…

Nonetheless, there were others who pushed back against the idea that “US Spanish” is a thing.

Asking then if such a thing like “German Quechua” exists?

Well, I’m sure there are Germans of indigenous Peruvian descent…

But I get his point.

But in all seriousness…

It is interesting to think about because the US is such a large country where even English has its various accents from the south to NYC to Iowa to California and everything in between.

Which is the first point.

Where you have it even more complicated by the fact that our country has so many Latino immigrants from all over the world and some parts of the US tend to have more certain types of Latinos in general.

For example, you have more Mexican and Central American (specifically Honduran, Salvadorian and Guatemalan) Spanish all over the place but more concentrated especially in places like Texas or California from what I’ve heard.

You have Florida which has plenty of Cubans I have heard!

And I imagine then that, in those examples, the “Gringo Spanish” is going to sound different from Texas to Florida given the different type of influences that weigh heavier in some areas than others.

From Mexican to Cuban influences on how Spanish is spoken.

Now some people might try to argue that this doesn’t qualify as “Gringo Spanish.”

Because these folks aren’t American…

Which I find to be a weird argument because I imagine a certain number of the folks saying this would argue, when it comes to debating immigration policies in the US, that they are American.

Which plenty are without question!

Many of them having spent decades in our country and many others born here.

So why aren’t they American?

Well, he’d be considered a gringo by plenty of the locals down here.

Or at least he won’t necessarily be seen the same as a person born in Mexico by many of the locals.

On top of that…

It isn’t just Latinos in the US who speak Spanish.

You have plenty of non-Latinos – such as myself – who speak Spanish also!

Maybe not always perfectly but there are plenty with Spanish sufficiency well beyond a high school Spanish course where they can engage in the Spanish language.

And I imagine – though I can only imagine – that the local influences by the Mexican or Cuban immigrants living there would have an effect on the Spanish learned by the non-Latinos.

We didn’t have that many Latinos in the town relative to the whole population.

So the Spanish we learned in high school is, from what I remember, more influenced by some idea of “Standard Spanish.”

Where I know they had an issue with some of the Spanish taught in this school.

Or at least the wife named Maria did.

Where Maria one time had an issue with my use of the words “te helado” for ice tea.

Telling me it is “te frio.”

Well, that might be how it is used where she is from because I have seen some restaurants use the term “te helado” in Latin America.

But she might’ve had a point that maybe it’s used more by “the Spanish” and by upper class folks.

Though, to be fair, I’m not too familiar with Spain Spanish outside of their lisp…

I don’t remember all the details but I think maybe one of them was the fact that they taught pool as “piscina” and not “alberca.”

I imagine then that probably the Latino influence on how Spanish should be spoken would be higher in places with more significant Latino populations like Texas or Florida.

And the demographics of where those Latinos came from on average would then influence how the non-Latinos learn Spanish.

Thereby influencing what could be or is “Gringo Spanish.”

But that also complicates the definition of whatever “Gringo Spanish” could be as Latino demographics can be different depending on where you are in the US.

Though, as I said, there are certain groups (Mexican, Guatemalan, Cuban) that tend to dominate more than others (Paraguayan, Argentine, Bolivian, etc).

Being that there would obviously be a heavy mix of “English” into whatever “Gringo Spanish” would be.

Similar to how I have noticed that some parts of Latin America that have more American influence tend to have more Spanglish in my experience.

But I have seen this even more prevalent in some American Latinos when I lived in the US.

The few anyway that I met that were almost always near my age.

Who tended to not only mix more English into their Spanish…

But they would – as I have done sometimes – use phrases that work in English for their Spanish.

For example, being a gringo who speaks Spanish myself…

I remember in my first year living in Mexico City and going to a 7-11 with a Mexican friend named Angie.

Meaning in English “can you break this?”

Angie, who speaks good English, had a laugh about that.

Because she knew what I wanted to ask but found it funny since she never heard anyone ask in Spanish to “break a bill.”

So it’s not just the extra English words but also the phrases from English that would be part of whatever is “Gringo Spanish.”

I tried to look it up to see if other people have written about this.

According to this article here, much of what I said does exist in what is called “US Spanish.”

But they also included another detail that I forgot about as I was writing this.

Which, according to this article here, apparently it’s not uncommon for US Spanish to drop the “s” in certain words. Here’s an example.

“Phonetically speaking, the “z” and “c” before the vowels “e” and “i” are pronounced /s/. This differs for example from the pronunciation of European speakers who instead pronounce “th” aka [θ]. Some U.S. Spanish speakers even drop the “s” in some words: “etá ahí” where in writing it’s read “está ahí”.”

So if I had to define “Gringo Spanish.”

I’d say it is Spanish with typically heavier Mexican and Central American influences (and sometimes Caribbean ) where there is also some use of English words and phrases in the mix.

That to mean is what makes the most sense.

So now comes the big question…

Is this legit or is Gringo Spanish just Spanglish?

Is it the same as saying “German Quechua?”

Where German Quechua would be, as we would assume, just a regular German dude who learned Quechua…

Well, I think the situation is different.

First, I feel that the acknowledgement of “US Spanish” or “Gringo Spanish” is seen as too personal for some Latinos…

Where, from my perspective reading the comments by some on this topic, it seems some Latinos see it as gringos “co-opting” the Spanish language.

Not sure if “co-opting” would be the right word here but basically people who are not Latino trying to say that their Spanish is more legitimate and a real variant of Spanish than just “Spanglish.”

And how people can naturally hold onto their cultures and say “this is mine, you are the outsider.”

By saying “US Spanish” exists, how does that work out when “Gringolandia” is seen as outside to Latin America and a place where non-Latinos live?

I could be tripping here but that is my theory as to why some of the pushback exists against the idea of a “US Spanish” variant.

Which, in normal circumstances, I would agree with this approach for the most part.

Where many of those Latinos were born in the US also and have their own way of speaking….

In that context, I feel it is very different than saying “German Quechua” exists.

I’m going to see the two as fundamentally different as the situation is entirely different.

Because ultimately geography changes over time.

Ultimately, over that drastic event of colonization and the eventual splitting up of countries…

We have now Spanish of different varieties such as Argentine, Bolivian, Mexican, Peruvian, etc.

And even in those countries, there are regional varieties.

So why can’t it be the same in the US?

It doesn’t take a process of centuries long colonization to change the demographics and language of a country.

Give it enough time over decades and centuries actually…

Yeah, I would stand by the view that we do have “Gringo Spanish” or “US Spanish.”

But I feel that eventually “US Spanish” will be more recognized by the common person in the world as those changes continue to cement and the culture continues to change with it.

Either way, don’t take just my word for it…

Supposedly, we have some academy for North American Spanish that includes the US also as you can see here.

Known as the North American Academy of the Spanish Language.

According to this article here…

“The ANLE currently plans to produce a concise list of U.S. Spanish terms to submit for recognition by the Royal Spanish Academy, the world’s official authority on the Spanish language based in Madrid, Spain. The purpose of this is to validate the use of approved words for Spanish speakers living in the United States.”

And this article makes a similar point that I was trying to make above about how the changes in demographics, culture and language in the US might just pave the way for a more official recognition of US Spanish in the future.

“When Spanish was first introduced in Latin America, it blended with and borrowed words from indigenous regional languages, ultimately changing the way it was spoken in each of its adopted homelands. This is very similar to what is happening with the Spanish of those that immigrated to the United States – a new fusion language was created from the two existing languages, English and Spanish.”

With a final sentence here worth pondering…

“The future of U.S. Spanish remains uncertain for now, but who knows, it may come to be accepted as a separate form of Spanish.”

Anyway, that’s just my opinion anyway and my take on an interesting question.

Does US Spanish exist?

Well, throw your opinion in the comment section what you think.

And here's a video to end this article with because ending an article with a video always looks more professional.

I tried to find one relevant to the topic here but Youtube didn't have any so here's a funny vid of a Eddie Murphy standup on languages.

He does talk about Spanish too in the end so it is kinda relevant...