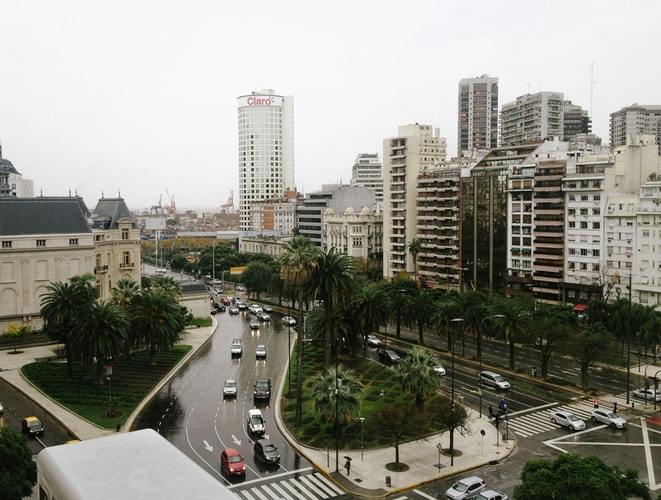 Today seems to be the day to finish up all of the thoughts or stories I have on top of my head about “Gringo Spanish.”

As I just finished writing these last two articles here and here on the subject.

There are also situations where “Gringo Spanish” presents funny situations in Latin America.

They both speak English natively and neither one of them speaks Spanish with absolute fluency.

But they speak Spanish in large part because there are other Latinos in the room with no English ability and so the two gringos decide to speak Spanish so that everyone else can understand them.

However, it can sometimes come across as an awkward or funny exchange…

For example, I remember how some odd years ago when I was living in Guatemala with a host stay family.

And we have one other gringo living in the same host stay.

A guy named Adam who was from Massachusetts if I remember right.

Who I wrote more about here.

Anyway, there’s the Guatemalan family in the room – the husband and wife.

Who spoke no English whatsoever.

So we are speaking in Spanish as we always do whenever there is another Latino in the room for the reasoning above.

Though we only speak English when it’s just us in the room.

Anyway, with the Guatemalan family there, we are speaking Spanish.

And, at the time, we were both very novice when it came to Spanish.

Mine was absolute shit for the most part and so was his.

So while we are talking in Spanish…

It came across as robotic also the way we were speaking to each other.

It was almost comical.

Even to the point the mom started laughing a little bit as it was happening.

Like two kids in Spanish class who are made to speak in a language they’d rather switch away from.

Almost seemed unnatural for the most part.

But for some reason this particular moment of us speaking Spanish…

Reminds me a bit of this funny scene from The Office here.

But it’s not the only peculiarity when gringos are speaking Spanish.

There are some other thoughts that come to mind also…

“Gringo Spanish is a Secret Language”

A month or so ago, I was in the kitchen area of this apartment building that I am in…

And there were two other people in the kitchen.

A Mexican named Vicente and a gringo named Alex.

Anyway, Alex is relatively new to Latin America and is still learning Spanish.

But he has been learning it well as a fast enough pace.

Though he is from Florida so I imagine he always has had some Spanish ability to a degree.

Anyway, they are both cooking some meat pasta or whatever it was…

When Alex says something in Spanish about needing to buy some more groceries and all.

Anyway, I understood him fine enough.

But Vicente had a funny face when Alex said it and asked in Spanish “did you understand what he said?”

I don’t think he was trying to be rude by it.

Because afterwards he got curious about if we could understand each other better than trying to understand a local speak Spanish.

Which is similar a conversation I had with a guy I know down here named Blayde.

He asked me actually recently around the same time if I can understand other gringos in Spanish easier than the locals.

And to be honest…

I suspect this might be the same for other gringos as well.

But I think the reasoning is pretty simple.

Second, gringos tend to speak slower in general even if their Spanish is quite good.

Third, their vocabulary is usually (though not always) more basic and simple.

Fourth, on the topic of vocabulary, I suspect gringos tend to start learning the same vocabulary also assuming they took actual Spanish classes. A difference here would be either if they didn’t and/or they use different slang based on where they lived down here (a gringo with more Mexican Spanish versus one with Argentine Spanish).

Fifth, both parties are more likely to use some Spanglish in general.

Another funny peculiarity is when the rare Latino here or there speaks shit in Spanish about you assuming you don’t speak English.

In my experience, I feel this is slightly more common in the US than in Latin America funny enough.

Or at least I have seen it slightly more up there than down here.

I feel part of the reason is the locals I do hang out with down here know I understand them.

But also people you hang out with are less likely to do that also.

Either way, it can happen in either part of the world obviously.

But it’s funny when it happens.

I remember years ago in college some dude was in a café of this building and there were two Latina chicks in the same café.

It was a small café too so everyone could hear everyone and there wasn’t much space to walk around.

With just one table to sit down at that I was using.

Anyway, everyone else was standing up waiting for the food or drinks to be provided.

When one of the Latina chicks was saying good shit about the dude in the room.

Something like he looks handsome or whatever in Spanish and that was it.

But I guess the dude spoke Spanish because he opened up on them in Spanish saying something.

I forgot what he said but it got them laughing and also taken aback that he understood what she said.

When I left South America to go live in Mexico…

I still had aspects of Argentine Spanish in how I spoke.

Particularly the use of “vos” in my Spanish.

I simply liked using it more than “tu.”

Anyway, I stuck with it for some odd months before I made an effort to stop using it when most people don’t use “vos” in Mexico City.

But I remember some chicks down here finding it funny that I used it and also made for a little conversation about my travels in Latin America.

When I was living in Colombia, I somehow learned that chicks found it funny when I would integrate stereotypical Mexican phrases into my Spanish like “que onda” or “es muy padre.”

And I wasn’t even trying to be funny when I said it – it was just something that stuck with me somehow when I got there.

But it got recognized as “Mexican Spanish” by some of the Tinder chicks there.

Who liked it and found it funny.

Something that made for light conversation also before setting up a date.

Where you pick up Spanish in one area and have to drop some of the minor things you learned from another area as you live somewhere else.

Going back to Argentina…

Same thing happened when I walked into a little café in Buenos Aires on my first day there.

But the dude behind the counter didn’t understand “galleta” while I said it a few times.

Before I realized what I had been told before – that they pronounce words differently in Argentina.

Or “JAJAJAJAJA” I guess technically.

If he was Brazilian, maybe “KKKKKKKKK”

When speaking in Spanish as a gringo, that’s another funny little aspect when you happen to be traveling around a bit.

Probably something I will notice again when I leave Mexico City in a few years to travel around Latin America again.

The plan is to eventually spend more significant time in the DR, Colombia, Brazil, Venezuela, Panama and Peru.

Enough “Gringo Spanish” as a topic for the time being.

But if you got any similar experiences, relevant comments or questions…