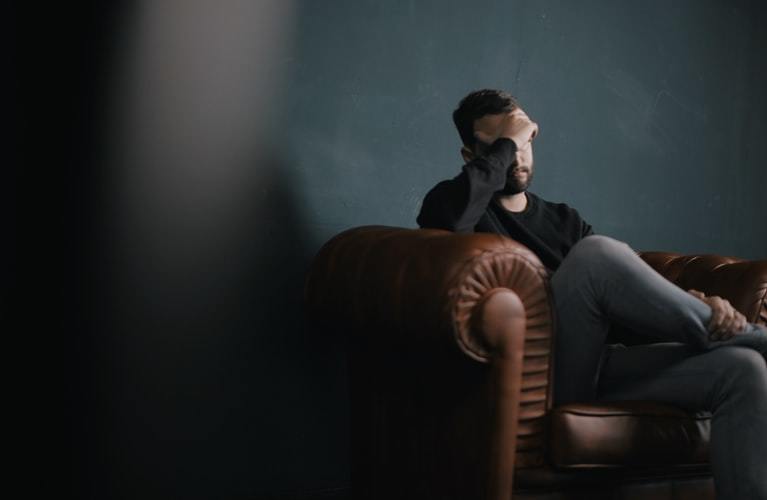 Years ago before I had left to travel around South America…

I remember I was with my parents for a few months and decided to go upstairs for a second to get some dinner.

Well, as I walked out, I remember my mom sitting on the couch sounding annoyed at what she saw on the TV.

I don’t remember the full details but basically there was a Football game where one team was playing against a Football team from Iowa.

If I remember right, I think the opposing team was from California or it was at least somewhere along the Eastern or Western Coast.

But I think it was California.

Anyway, supposedly this California team did something during or before the game that insulted my mom.

Again, I’m fuzzy on the details but I think maybe some song or chant was played that basically insulted Iowa as a state.

That’s basically what was it – I’m not familiar with how they insulted Iowa exactly….

But it was one of those typical “we’re from the coasts, you’re a fly over state, haha you rural backwards people you.”

And my mom started talking about how “they think they are better than us because they’re from the coast” or whatever she said.

I’m paraphrasing since it’s been some odd years since this happened but that’s the basic idea behind what she said.

A group of people in a certain area feel insecure about being stereotypically perceived as being “backwards” or “rural” or “uneducated” or “less then” when compared to a group of people from another area.

Like how people in rural towns might feel they are perceived by those in nearby bigger cities perhaps.

Or how some Latinos in Latin America might feel perceived by people in the US.

Or how, internally, similar insecurities at times exist amongst Latinos between themselves.

You also have some US Latinos that I have noticed be insecure about some things also in my opinion.

We will cover all of that below.

From Iowa to LATAM

So the story about that Iowa football game is fairly similar to some of the broader insecurities that you see Latinos have in regards to how they feel perceived by the US.

Where basically people are tired of being perceived in a similar way to how Iowans sometimes might feel perceived by “big town folk” or those on the coasts anyway.

This insecurity with being perceived as “rural,” “backwards,” “stupid,” “uneducated,” “poor” and whatever else.

Criminals too I suppose – though nobody assumes Iowans to be criminals.

That’s more specific to how some folks see Latino immigrants, I suppose.

Either way, this insecurity translates into real world behavior from what I have seen.

For example, I have often seen Latinos sometimes trip over themselves to be perceived as “eDuCaDoOoOoOoOoOoOoOoO!!!”

Even though the perception by many as to what “educated” means sometimes feels very superficial in many ways.

As I wrote many times over in other articles on this website.

One practice anyway by locals down here is this obsession with learning English in circumstances where it makes no sense.

For example, I remember one time talking with this landlord over Whatsapp when I was asking questions about her apartment…

When she asked me “hey, you’re from the US right? How come you don’t speak English?”

Well, I told her that I speak both languages. That there are people in the US who speak Spanish also.

She didn’t believe me.

She then tried giving me her best Google Translated English (it was pretty obvious) and I just ignored it and kept responding to her messages in Spanish.

It became one of those games where the gringo speaks Spanish and the Latino speaks English for whatever dumb reason.

So anyway, she started to get angry at me and was like “why the fuck don’t you speak English?!? I speak English perfectly!”

And I just wanted a fucking apartment to live in – I don’t care how well her English is (even though it was obviously Google Translat in my opinion).

Anyway, she started to feel offended…

And, for whatever reason, she starts telling me how she speaks some random number of languages…

I think it was either 4 or 8 but whatever really…

I just want a damn place to live in.

But she literally started tripping over how I must think she isn’t “educated” enough to speak foreign languages even though I didn’t say that.

She mistook me speaking Spanish as me trying to say that she doesn’t speak other languages outside of Spanish.

And perhaps feels insecure that my Spanish is better than her English.

And their face gets red – “uhhhh shit, now I don’t look very educated because the professional English speaker doesn’t understand my English.”

Anyway, the Latino obsession with English can be explained with other reasons outside of trying to be perceived as educated…

Such as jobs requiring English when it’s not necessary to perform the job….

Which I don’t blame most of the locals for – that’s more of an issue with the employers.

Regardless, this is just one example.

It extends to as well with local people feeling insecure about being perceived as “poor” as well.

Basically, we met in Pachuca, Mexico and had sex…

Then she noticed something odd….

“Why do you have so much soap in your apartment?”

Well, I explained to her how my mom thought they “must not have good soap in Mexico” and bought me a shit ton of soap to take with me.

I promise you I’m old enough and have enough money to buy my own soap!

But she was insistent so I took it with me anyway.

Either way, when I told Nidia that, she took that offensively to say the least.

She then became insistent on showing me “that we Mexicans are not poor!”

So, no joke, she took me to the closest Burger King, pulled out her credit card and told me “order whatever you want.”

As to show me that “we Mexicans ain’t poor….we can afford Burger King damn it!”

On a full stomach, I was convinced that Mexicans are rich enough to afford a bacon burger with fries…

So probably they can afford soap too, right?

Anyway, that’s a funny little story but it shows again what I’m talking about to a degree…

The insecurity runs so deep that you even have gringos monetizing this insecurity!

Such as you can see in the video below here…

Where you have gringos who run Youtube channels basically just saying over and over again “I love Colombia” in Spanish.

To which now they can see some gringo talk nicely over and over again about how nice your country is in Spanish.

While mostly just trying to target Latinos who will watch those videos and give them some decent fame and/or Youtube ad revenue.

Which, to be fair, isn't a bad hustle -- doesn't seem like too many gringos have tried doing this and it sure seems like a good way to make money on Youtube if you get popular enough.

Well, that is what I am assuming is happening anyway.

Hell, you might even get put on national TV as you can see here….

But let’s move on.

You also have some insecurity between Latinos.

For example, you have what is called “colorism.”

Basically, the darker your skin, the worse you are treated.

Even if the person treating you badly is also not white.

Particularly, you have plenty of discrimination in this part of the world (or like in plenty other parts of the world too outside of LATAM) against black and indigenous folks.

In short, you then have insecurities by said folks in regards to how they perceive how others might view them.

One time when I was sitting in a park bench in Pachuca, Hidalgo on a date with a white Mexican chick named Mar…

Some random dude came up to us and asked if we want to buy whatever he was selling.

I forgot what it was but I think they were bracelets.

I told him no quickly as I was more focused on trying to fuck this chick than buy a bracelet.

He immediately said in a soft spoken voice “why? Is it because I’m black?”

Which was odd for a few reasons…

First, he didn’t look black and so I took a second look at the guy like “wait…you black?”

Second, it’s funny to see locals try to play the race card on you. Americans are experts at it so it’s weird to see locals do it down here also.

Either way, I didn’t say anything if I remember right and he just stared at us before walking off a few seconds later.

Maybe he felt insecure about that for real – that he thinks people won’t buy his shit due to his skin color and people thinking he doesn’t deserve customers.

Either way, you do see actual acts of racism against certain groups of people in Latin America as I wrote here.

Or when you go to Mexico City and see once in a blue moon some indigenous person being mistreated.

Either way, this is just one example of how Latinos might have insecurities when it comes to how they feel perceived by other Latinos.

Latinos in rural areas feeling insecure about how they are perceived by big city folks in places like Mexico City, Bogota, Santiago, etc.

Also, there is another insecurity I can remember…

Which is how Latinos in a lot of Latin countries feel towards Argentina.

Where they feel that Argentines perceive themselves to be “better than the rest of Latin America” and “we Argentines are not Latinos, we’re Europeans!”

There are actual Argentines (and some Brazilians) who believe that as I wrote here for example.

So you do have some Latinos who have a general animosity towards Argentina.

Otherwise, the only other insecurity that comes to mind that I can remember is having this feeling when I was in Bolivia that some Bolivians feel insecure in regards to how they perceive themselves relative to Chile.

I had an old friend named Mau who was a Bolivian in Cochabamba….

Who, after one too many drinks at this small bar we went to often, would sometimes complain about Chile…

“Oh they think they are better than us!”

“They stole our land!”

Otherwise, if I had to guess, I’d imagine there’s probably a similar insecurity some Venezuelans would have these days as their country has gone to shit and you do have animosity towards Venezuelans in a variety of Latin countries.

Either way, that’s all I can think of when it comes to this topic.

Outside of one other thing….

While I have less experience dealing with US Latinos in general…

I do feel, from my minimal experience, that some of them can sometimes be insecure.

More specifically US Latinos who were born and raised in the US and have spent either zero time or just a tiny bit in Latin America.

Who  also don’t speak Spanish at all or imperfectly.

Wherever their family came from at whatever point in time.

But again, I’m not Latino nor an American Latino so I can’t comment too much on this one.

Either way, that’s just an observation I have made over the years when dealing once in a blue moon with some US Latinos.

Anyway, that’s everything I can think of in the moment when it comes to this topic.

If you have any relevant observations, comments or questions…