Winter Holidays in Mexico City in 2020 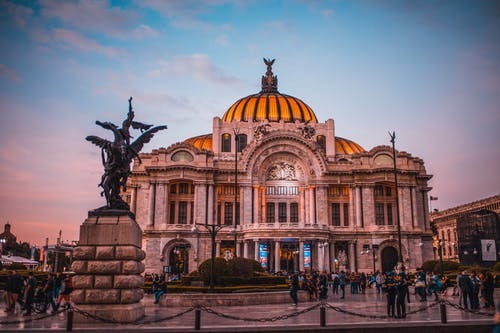 The large ass sound of some generator or whatever the fuck it is woke me up.

Usually around 9 AM or so most days of the week we have this large generator outside of the window that turns on and makes a bunch of noise when it starts up.

Anyway, I woke up nonetheless.

And like most days, I woke up stretching and trying to fall back asleep.

I don’t have too many folks to celebrate it with these days except some friends.

Living in Mexico City, it ain’t like I’m having some large Xmas party like I did growing up when with family in the states.

Well, less so these days anyway with Covid and all.

From what I know, my parents didn’t want to host one with a family gathering due to that.

So it wouldn’t have mattered either way.

Regardless, I get up and ready for the day.

A few hours later, I figured I might as well buy some stuff.

After that, I went to buy some large pizza and another bottle of Oso Negro vodka.

Have to do that now before 6 or 7 AM since that is when all stores in Mexico City have to stop selling liquor for the weekend due to Covid concerns.

If people are going to die from Covid, we want to make sure they can’t enjoy their last few hours with a bottle.

I get both items as I am walking outside….

And there is basically nobody outside.

All the stores are closed due to Xmas probably but also probably because of Covid as Mexico City just recently went into Code Red.

It was surprising seeing so few people outside in such a large city of over 20 million.

Anyway, I get my pizza first….

Which didn’t involve anything annoying….

There’s this pizza place named Ceasers or something that offers large pizzas for like 4 bucks a piece.

Though I feel they sometimes bullshit you out of hopes that you will buy a more expensive pizza.

Why do I say that?

Because it’s not uncommon for me to go there and ask for the large pepperoni pizza….

Then they will tell me that they are all out but have these “other more expensive options.”

You then tell them “oh, that’s ok. I can wait. How long until you can make the pepperoni pizza?”

Then you get some annoyed face from them as I think “oh you fucker….spend the extra few dollars…we know you got the money gringo!!!”

And you know what happens after?

I pay for the large pepperoni pizza and they give me the change….

And then they turn around and grab a large pepperoni pizza right then and there without making me wait 20 to 30 minutes.

So obviously they had it ready anyway but just wanted me to spend the extra few dollars for a more expensive one.

I feel they often use the cheap ass pepperoni pizza they have to bring people in but they probably don’t make much profit with it….

But they keep it to draw interest and then bullshit people about not having it and encouraging them to spend a few extra dollars.

Anyway, most of my days are not that exciting so I got plenty of time to wait the extra 10 minutes or whatever if they actually don’t have a pepperoni pizza…

I grab it and then buy my bottle of vodka.

Walking through the sunny streets of Mexico City.

Not an inch of snow in sight.

Which, on one hand, I don’t mind as snow and cold gets annoying after a few days of it.

But it would be nice to have some snow for the day and maybe a few days after….

Though of course it never works like that and you end up getting a shit ton of snow for weeks or months on end….

Always having to scrape the damn ice off the truck and other annoying issues.

Anyway, I get back to my place and up to my room on the top floor near the balcony.

I see a few folks near the top floor.

An older Mexican woman, a young Venezuelan guy and another American named Alex.

Alex was cooking some sandwich with eggs and other ingredients and some rice on the side.

And the other two were just looking through what they had to cook for later tonight.

Anyway, it ended up becoming a time to hang out for some odd amount of hours until like 4 PM or so.

Before I ultimately went to take a nap.

Bad Santa and Wedding Crashers to be specific.

Here’s some funny clips of both movies below here.

And that was it!

Not a very eventful Xmas but pretty chill all around.

It would have been more fun but all of the bars are closed due to the Code Red situation we have with Covid in Mexico City for right now.

If it wasn’t for that, I’d probably have gone out with a few folks I know – Angie, Bryan or whoever….

Well, the drunk part happened anyway. Got enough vodka for that.

To celebrate the winter holidays – head out to the bars and have a good time.

Though sometimes you can see cool winter events down here like some big celebration I saw in the Mexican city of Pachuca.

But this year was fine overall.

For New Years, I might go out and get some wings and liquor with a few friends and chill out inside instead.

There’s something being talked about in that regards so we’ll see.

Anyway, that’s an update for my time for these winter holidays in 2020 in CDMX.

But I think I have enough of those articles on this website that I’m not sure anyone wants to read another lol.

Regardless, I’d like to end this article by saying this will be my last article for 2020.

Outside of an article that I posted a while ago but is offline because I need to edit it, which you can find by clicking here when I post it in a few days under the Venezuela section…

I’m going to take a small break from article writing.

I wrote about 80 or more articles in this month of December.

I’m tired of writing and need to take a small break.

I feel like I just shat out a 20 inch thick as fuck Lincoln log after writing so much in the last month.

I got a little more than 50 article ideas I have in the arsenal right now that I could write about until I have to think of new topics about life in Latin America to write about.

So if you have any ideas for stuff you want to hear my thoughts on, drop it below. I’ll probably add it to the list if it is relevant to LATAM.

I need to take a break and get back to watching movies, calling chicks over and emptying my vodka bottles out.

Anyway, here’s a few videos showing the celebration of New Years in Latin America in different cities down here.

With some interesting facts about different historical events that have happened on January 1st in Latin America according to this source here.

In 1502, the Portuguese came across the area that is now known as Rio de Janeiro.

In 1869, Paraguay’s capital was captured by Brazilian forces in the War of Triple Alliance.

In 1880, the construction of the Panama Canal began.

In 1959, Cuban dictator Batista fled Cuba to the Dominican Republic.

In 1976, Venezuela nationalized its oil fields.

In 1982, Peruvian Javier Pérez de Cuéllar becomes the 5th Secretary-General of the UN.

In 1987, 60 bodies are recovered in Puerto Rico in the Dupont Plaza Hotel.

In 1994, the Zapatista Army of National Liberation starts an uprising in Chiapas in revolt against NAFTA in Chiapas, Mexico (read more about this movement that I wrote about here).

In 1995, Fernando Henrique Cardoso becomes the President of Brazil.

In 2013, 13 FARC members in Colombia were killed by an airstrike by the Colombian military.