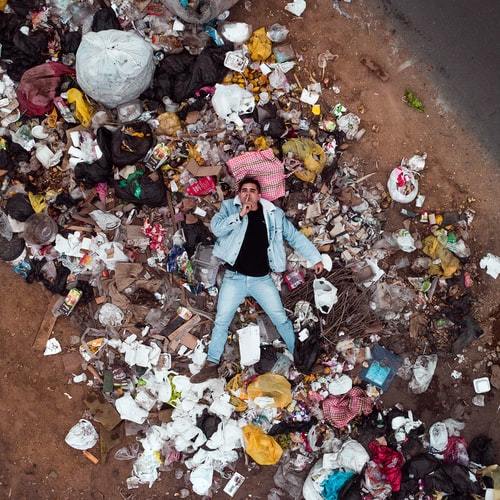 I remember when I was a kid in the US…

While my dad was driving the family around..

We stop by some fast food place in Iowa in another nearby town.

I think it was McDonalds or something.

Anyway, we buy some food and drive off.

But as we exit the parking lot, my dad throws out a cup of whatever soda out the window and that was it.

I didn’t think anything of it.

As I have gotten older..

Life in the US has changed.

I haven’t seen my dad or anyone do that in the US in quite some time now.

I’m sure there are folks who do that but I haven’t ever seen it.

Even my mindset has changed.

When I was a kid, it looked like a normal thing to do watching my parents do it a few times around then.

Even in Latin America..

If I have some small ass trash or whatever it is – no matter how big or small – I carry it on person until I find somewhere to dispose of it properly.

Life changes and so does society..

But, after moving to Latin America…

And after having been to a variety – over half – of the countries down here.

I can confidently say that the issue of littering is worse down here and waste disposal seems worse overall for some reason.

I’m sure the issue of littering is mostly cultural and it varies by country – in some places more people will tgake issue against littering than in others as not all of Latin America is the same.

Though the issue of proper waste disposal and why it seems to be a problem is beyond me – I’m not sure why that is the case as I have no personal experience being a trash man down here.

Though I did do some research on the topic of why disposal issues might be a problem down here.

Here’s some articles that you can read if you want here, here and here.

You can read them if you want and take from it what you can.

But now going back to my own experiences..

Here is what I have seen down here when it comes to just dirty ass shit in the streets.

As I said before, not all of Latin America is the same.

I always repeat that to emphasize how different things can be by country and because so many people don’t seem to get that.

Like if I spent all my time down here in Montevideo, Uruguay thinking all of Latin America is like that one city.

Some so-called “expats” can be like that sometimes in my experience.

And having more minimal time in Central America from Guatemala to Nicaragua and Panama….

First, I’d say Panama was relatively clean from what I saw but I only went to Panama City to be honest.

Then there is Nicaragua – which you can read about my minimal time there.

I went to Managua and Masaya.

And while there, I noticed before on this website that one of my impressions was that it seemed relatively dirty.

Definitly a bit dirty with trash in the streets without any question.

I spent most of my time in Xela and also a tiny bit in Guate City and other areas.

Then you have Mexico City…

I remember when I lived near Cuatro Caminos…

Where I would sometimes have to walk from the metro to a nearby shopping mall.

Along the way, there was always a shit ton of trash piled on a side of the street…

Much more than you could believe.

Worse than anything I saw anywhere in the Latin America.

Just one big ass pile as bigger than you can imagine.

That would get cleaned up every so often and quickly build up again.

Maybe by the street vendors or whoever…

Now on top of that…

You do see trash in other parts of Mexico City…

Though in the areas of Roma and Condesa, I’d say less so.

But even in those areas, it’s not rare to see a rat at night.

Just a week ago more or less, I saw one running about in Roma Norte.

Then you have Santo Domingo de Pedregal – I never saw any rats there but some trash here and there for sure.

Then you El Centro – that area actually seemed pretty bad to me.

Overall, thinking as well about other parts of Mexico City I know…

Mexico City can be a relatively dirty place without question.

Though other parts of Mexico – such as Pachuca de Soto in Hidalgo – seemed much cleaner.

So that’s mostly what I got to say on that.

I only really know the Dominican Republic very briefly and that is it.

And despite some of my complaints I have about that place such as the amount of people trying to scam you….

It really isn’t that bad.

In the grand scheme of things when it comes to trash and litter.

At least compared to places like Guatemala or Mexico City…

Not perfect but not terrible.

From Colombia to Argentina…

How do you generalize such a broad region into one when it comes to this topic?

Well, I will try to be nuanced about it.

To be fair, the only country I don’t know in that region is Ecuador as of this writing in 2020.

You can also check the amount of time I have spent in each South American country by clicking here if you want.

Now having said that…

That was just my impression.

In Colombia for example…

I spent most of my time in Barranquilla but that place did seem a little bit worse than some places like Bogota for example.

Then you have Bolivia – the country as a whole, based on my memory, was one of the worse ones in South America for littering issues.

Paraguay wasn’t too bad despite being one of the poorest countries in South America.

Then Argentina, Chile, Uruguay – well, yeah, they seemed to have the issue handled pretty well relative to all of Latin America.

I have minimal experience in Brazil as well but I actually spent most of my time in Brazil up to this point in relatively poorer areas.

And I do remember Brazil not being very clean when it comes to littering – it wasn’t very good.

But I guess that’d be like me visiting the poorest areas of the US and making the same judgment.

I’ll leave it at that since I’d be more cautious about judging Brazil from what I saw.

Venezela? Despite the immense economic issues, it wasn’t as bad as what you’d expect. Similar to Paraguay almost.

Of course, a lot of broad generalizations in this article.

Maybe in Buenos Aires, things were OK but I’m sure other parts of Argentina perhaps have worse issues with littering and all.

Paraguay? Spent minimal time there up to the point of this writing so who knows about the rest of the country.

Colombia? Most of my time was spent on the Caribbean Coast so that might influence my thinking on that country.

And of course – given my amount of time in Mexico City relative to the rest of Mexico – perhaps that also gives me a worst perception of Mexico when it comes to this topic.

Either way, that’s all obvious and should be taken into account when reading about my observations on this topic in regards to how bad different parts of Latin America are when it comes to littering.

This article really only serves to touch briefly the topic of littering and trash in the streets in this part of the world..

Just to give those who haven’t lived down here a heads up that it can be an issue in some parts.

Though truthfully, for me, it isn’t an issue.

I’m used to it and I remember a time in the US when littering was much more common.

As I hinted at in the start of this article.

So it doesn’t bother me at all.

Even the giant trash pile near Cuatro Caminos – whatever.

But if this type of thing would bother you – public littering and trash in the streets – then yeah, choose your area of Latin America to live in wisely.

As some parts are much worse than others.

If it was such a big issue for me, I’d probably go live in Argentina, Uruguay or Chile perhaps.

But that’s just how I see it.

It would help if Latin America put up more trash cans around different parts of the region to help those not wanting to litter to throw them away there.

But I heard that sometimes some folks steal those – not sure if it is true or not though.

Anyway, that’s all this article is – just to briefly touch on a topic that can be part of life down here.

Got any thoughts or comments yourself related to this topic?