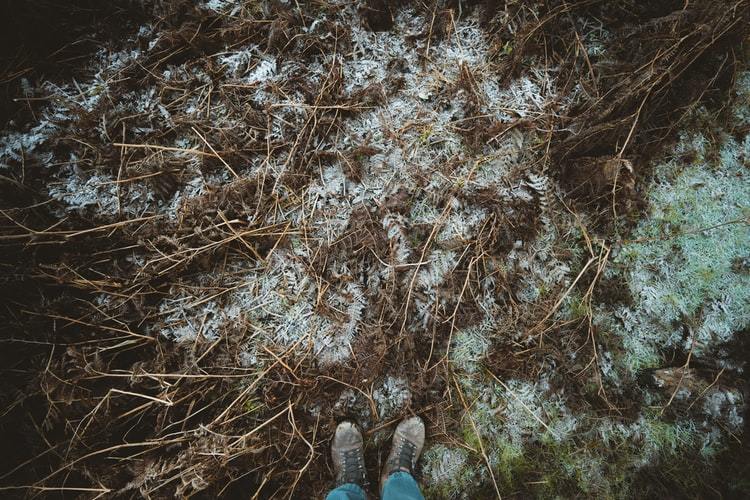 Back when I started spending a few months in a Guatemalan city named Quetzaltenango.

Also known as Xela for short.

As you can read about some of my experiences there here…

Well, I was there basically to practice my Spanish and to work for some local NGO.

But I also had plenty of free time and – to be honest – Xela isn’t the most fun city on the planet.

It is a nice place for sure – the people are nice for example – but it’s not exactly the most active city in terms of nightlife and touristy things to see.

However, one thing I like to do is hike mountains.

Which, fortunately for me at the time, Guatemala had plenty of those.

Now in Xela, there are a decent amount of tourism agencies that will give you a guide to go up any of the nearby mountains or volcanoes.

One of the most popular places to hike though is Santa Maria Volcano.

Now, from what I understand, Santa Maria Volcano isn’t actually active anymore – despite the intense activity it has had historically – which we will get to.

However, there is a volcano next to it called Santiaguito – which I hiked also – that you can read about my time hiking it here.

That volcano is active and you can see it below when you have hiked to the top of Santa Maria.

But let’s cover it briefly some history on the volcano before talking about my brief time hiking it.

Located near Xela in the western highlands of Guatemala, Santa Maria was initially known as Gagxanul in an indigenous language known as K’iche’.

However, it later changed to Santa Maria due to the Spanish influence in the region during colonialism.

Furthermore, Santa Maria is part of the Sierra Madre range of volcanoes .

One of the most notable eruptions of Santa Maria’s history – and also one of the five biggest eruptions of the past 200 years – occurred in October 1902.

About 5,000 people died from the eruption and the event caused agricultural and cattle ruin in the region as well.

With devastating effects on the local population close to the eruption obviously.

As a result of the eruption, there was a new lava dome complex called Santiaguito that was formed, which is still quite active today.

Which has become its own touristy attraction due to the constant activity you can see at Santiaguito.

Most tourists tend to look at Santiaguito from some distance on tours but you can read about my hike getting closer to Santiaguito here.

Now let’s get to my experience hiking it.

So if my memory is right, I went with a NGO called Quetzaltrekkers.

From memory, they were basically some volunteer group of a lot of foreigners who have hiking experience in the mountains around the area.

So why not hike during the full moon on a particular night?

That’s what we did anyway.

Started the hike late at night around midnight if my memory serves me well.

Where we started at this little village like area as you can see in the photo below.

Except obviously this photo (and almost all of them you will see below) were taken as we were heading back to Xela later after the hike was over during the afternoon.

Anyway, I remember very early into the hike…

There was some chick in our group that got sick – was feeling like she was going to throw up or something.

There was another dude there – an Asian guy I think – who was with her and they decided to end the hike early and head back.

If I remember right, I think one of the guides escorted them back to Xela and the other one led us along the hike.

Outside of that, the Santa Maria hike really wasn’t challenging in anyway.

Fairly easy for the most part – according to my notes – hikes to other mountains like Santiaguito – which you can read about here.

Or my hike to Tajumulco – which you can read about here – were most challenging overall.

Probably the more challenging aspect of this hike was doing it late at night and not getting really any rest overall.

Anyway, here is a photo of the moon during this hike – I assume it is the photo anyway – it’s been some years but this is the only photo I have during my time in Guatemala that is of the moon.

Either way, we finish the hike and get to the top.

And I felt there was plenty of amazing scenery like always on these trips.

Which is one thing I really enjoy about hiking is all the scenery and also the feeling of accomplishment.

Below are some photos of what we saw on top – including a photo of Santiaguito Volcano while looking down on it.

Afterwards, we had a small snack on top of the mountain and then decided to head back.

I included below plenty of photos of the hike back to Xela – which will give you an idea of what the hike in general looks like to and from the mountain.

According to my notes, this was my last hike in Guatemala.

I definitely had a blast hiking different mountains in the area.

One of my favorite things about Latin America really is the immense beauty you can find in the countryside.

While often I write about some of the negative aspects of living down here for sure – crime, poverty, corruption, inefficiencies, etc.

And though it might seem like I write too much about it – and to a degree – sometimes I feel that way since there is a balance of course.

It’s not all bad down here.

There’s definitely plenty of great things about this region.

And the natural scenery is, as I wrote about before in other articles, one of the initial attractions that drew me to this region.

Among other reasons, of course.

Either way, the hike to Santa Maria is just one more example of the immense beauty of this region.

If you have any experiences or questions related to this, drop them below in the comment section.