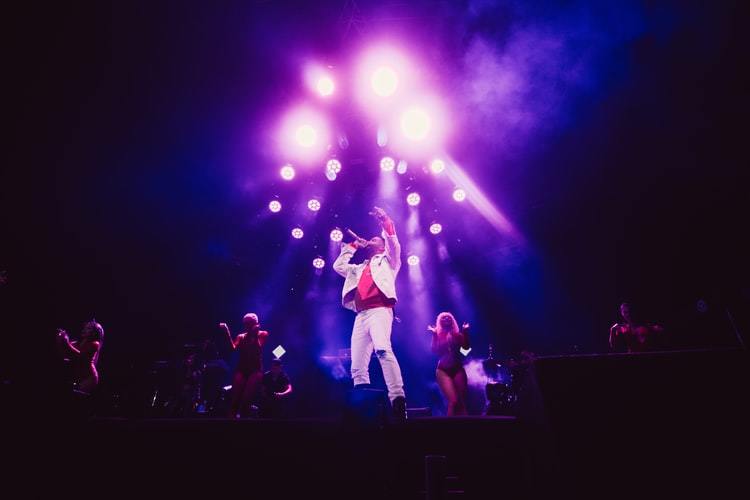 I guess it’s a question, right?

Well, I’ve been here for about 5 years so far as of this writing.

And you sometimes hear expats say – perhaps even myself at times – that “if you don’t like the culture and are here for only superifical reasons, then you won’t make it.”

Well, it depends on the individual.

I would say that if your only reason for being here is to fuck a bunch of chicks – prepagos or normal ones – and drink and do drugs – then you will probably be out the door eventually.

As that might get tiring and old after a while – especially as you get older.

However, being honest for a second…

I’m not really all that into “Latin culture.”

I remember back in college, we had some “Latinx” college group that would host Latin culture events.

And I never went to one – I simply never cared for “Latin culture” growing up.

But then again, I’m not Latino – so that makes sense.

But over the years of living down here…

While there are things about Latin America that piss me off – as I wrote about here for example.

There are aspects of Latin America that I like..

And some of those aspects have to do with the culture down here – to a degree, some of it I do like.

Of course, one could ask – “what does that even mean?”

What aspects of Latin culture?

Because, as I will repeat in other articles on this website, not all of Latin America is the same.

The cultures down here vary quite greatly from country to country.

Uruguay is definitely not the DR.

Cuba is definitely not Paraguay.

Brazil is not Guatemala.

Mexico is not Argentina.

Bolivia is not Panama.

The cultures in all of those places do vary quite a bit.

So when talking about “Latin culture,” we have to get specific here.

I have come across cultural things in different countries that I like.

So let’s get to it – what aspects of Latin culture do I like the most?

So the first thing that I can think of are the carnivals you get in some parts of Latin America.

Though, of course, when I say carnivals, I know everyone is thinking of the big one in Rio.

I have been to one in Barranquilla though – it is apparently one of the biggest in Latin America right behind Rio.

And also some in Bolivia…

Either way, I like these carnival events – they can be fun and exciting.

A great time to celebrate, have some beer, enjoy music and maybe get laid too.

And speaking of carnivals like the one in Barranquilla, Colombia…

Being non-Christian, I don’t really follow too much into the history behind it.

But I do enjoy this week when it comes around in Latin America – usually around Easter time more or less in March or April.

Not only because you get more carnivals like the Barranquilla one above..

But in general more public events are held outside of carnivals and life can be more fun during these times.

Whenever the Latin American country I am in has its independence day, it is a fun day.

Fiesta and all that – can be a fun time!

Now, to be honest, most Latin countries I have been to have shit food.

Not all of them though!

The countries I have been to that didn’t have shit food were:

Then you have two countries I can think of that have alright food – it’s not bad but it’s not remarkable.

Then you have every other Latin American country I have been to that either has not remarkable or shit food.

Though, with great honor, I will say that the countries with the worst food that I have noticed were Bolivia and Colombia.

Bolivia is definitely number one on that list of shitty foods!

Though, having said that…

Even countries that don’t have great food on average do have some food items that are decent.

Colombia, for example, has arepas.

It also has some Arab influence on its cuisine in the Caribbean Coast – and the food in their Arab restaurants is pretty damn good.

When it comes to Bolivia? The only thing I can think of that was good were their potatoes.

You then have El Salvador as another example – I’m not too familiar with El Salvador since I have never been there personally but only been to some restaurants that serve food from El Salvador.

The only thing I ever liked was the pupusa.

Now getting to the positive real quick…

Like I said, there are some Latin American countries that have pretty remarkable foods – and it shows – because you can find their food in most countries of the world.

So that’s another thing I like about Latin America – the food is pretty damn good in some places.

I don’t like banda from Mexico – that shit sucks. I don’t get how anyone could dance to it.

You also have vallenato, which isn’t very good.

Well, I like salsa a bit – despite Colombia having shit food (on average), they do have great salsa music!

As they say, the Colombian city Cali is the salsa capital of the world, no?

Well, salsa from Colombia and from other Latin countries can be very enjoyable.

Then also I like Latin rock music as well.

I included about 5 videos below of songs I like. Check them out.

If you want any Latin band suggestions, let me know.

To be honest, I don’t check out Latin American movies often.

Mostly because I just don’t go to the movie theaters often – and sometimes when I do, it ends up being an American film with Spanish subtitles.

I always liked it.

Haven’t had a bad experience yet.

Though most of the time it seems to come from Argentina.

I’m not an expert on the film industry in Latin America – but if I had to guess – maybe Argentina does it very well?

Either way, the last film I saw down here that I liked was about some dude who had cancer and was struggling with accepting his death.

And enjoying every last moment he had with his dog before saying goodbye to his dog.

People Not Obsessed with Politics

Though I’m not sure this really fits into culture…

I suppose it does – how people are in general when it comes to politics.

One thing I like about people in Latin America…

Something I have written about before.

Is that most folks don’t seem obsessed with politics bringing it up all the time – unlike folks in the US for example.

Which is the informality of things.

Where, on one hand, people and businesses can be very informal with you.

And sometimes that is bad – can result in inefficiencies in how things are done as I wrote here.

However, it can also mean things can be done easily down here as well in some ways…

Such as when you need to bribe a cop because you genuinely fucked up and don’t want to go to jail..

Though that can bite you if you didn’t do anything wrong and the cop accuses you of a crime for a bribe.

It goes both ways.

But like I wrote in this article here as an example, I was able to bribe my way out of being caught having sex in public.

Also, you see this when it comes to apartments..

In the US, they might have an application to fill if you want to rent some place…

They might want two deposits perhaps or whatever else…

Down here, there is no application process…

No two deposits – sometimes not even one (though that is rare)

Generally speaking, it seems the process to get a place is more relaxed and less requirements.

Again, the informality of everything down here.

Another example of this is when people show up late to everything.

Again, it cuts both ways.

On one hand, I don’t feel stress about getting somewhere quick.

But then also I can get annoyed if some local takes the liberty to show up very late just because.

So it cuts both ways – sometimes it’s nice.

Those are just some examples.

Not necessarily sure if this falls under “cultural” but I would say so – culture is also a way of behavior and how people behave.

But either way, it’s something to mention that I like about life in Latin America.

Day of the Dead

Just a small thing here – I like the Day of the Dead celebration in Mexico.

It usually comes with those day of the dead breads that are tasty.

And bars usually have promotions with more activity making it even more fun to go out.

Plus, the celebration of it all anyway is enjoyable.

To be honest, I was never that much into sports growing up.

But usually would just casually watch it – not overly into it.

And the same could be said for soccer as of now – which is popular in Latin America.

But after living down here, soccer has grown on me more to be fair.

But on top of that…

As I wrote about in this article here…

One thing I really like about sports in Latin America is sometimes you find places that really celebrate it.

Like in Bolivia as you can read about here where they had this big screen for everyone to enjoy watching some live soccer matches.

To also going to the stadiums and watching games unfold.

But I like it when American culture penetrates and influences the local culture down here.

Of course, some might find this weird for different reasons…

There are foreigners down here who want to avoid places that are “Americanized” for a variety of reasons.

I’m not like that – I like my country and its culture and I’m not looking to run from it.

Nah, I’m good – I like some aspects of Latin culture but don’t care to constantly engage with every aspect of it 24/7.

And as well, give that I miss home at times..

I like finding places that have influences of American culture or, dare I say, “Americanized.”

Of course, some might say that has nothing to do with Latin culture and I get your point.

But I disagree – it’s a part of life down here and the locals take in it as well.

Such as finding a Mexican who asks me what my favorite football or baseball team is because he likes sports in the US also.

To putting on some American music at a party.

More so in some areas than others obviously.

Of course, it’s not your typical LATIN CULTURE WITH SAMBA AND TANGO AND CUBA LIBRES TO DRINK AND CUBAN CIGARS WITH SOME PUPUSAS TO EAT AND LATIN CULTURE MAAAAN

Like I said, it’s part of the culture in some parts down here because the locals accept it and engage with it also.

It just may not originate from here.

And speaking of cultures that originate from here…

Finally, one other thing I like about “Latin culture” is the diversity of it.

From Bolivia to the DR

From Argentina to Brazil

From Mexico to Paraguay

From Cuba to Guatemala

From Colombia to Chile

And so much more.

Is exciting to learn about and experience as you travel through the region.

Where I got a good glimpse at how diverse everything is down here.

And not even at just a country to country level.

But also at a local level – take Colombia – the difference from Quilla to Bogota to Pereira and more.

That’s the summary of everything I can think of so far that I like about the culture down here.