Do Latinos in Latin America Use Latinx? 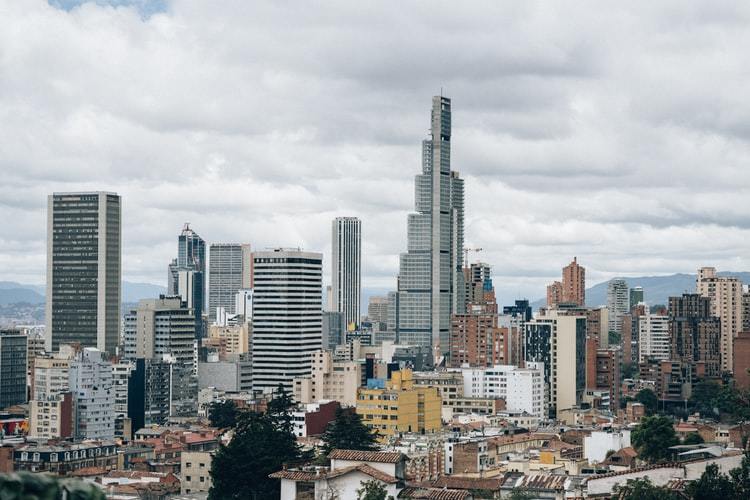 Many years ago when I was in college…

I remember I was attending some Spanish class where we basically had to have a conversation with the person sitting next to us in Spanish about whatever.

Basically to just get some experience practicing to speak Spanish.

Well, I had a young Guatemalan chick – actual Guatemalan – not a US Latino – sit next to me.

She came from a wealthier family I assumed since she shared photos of her life back home once for a class presentation and her house looked quite nice.

Plus, her parents could afford to send her to a private college in the US from Guatemala – so that usually implies some wealth.

Either way, she was a bit more Americanized as well given the extensive time she had spent in the US up to this point.

English was perfect – without an accent.

So now we are practicing Spanish having a basic conversation about whatever.

When I used the word “Latino” in a sentence.

I forgot what the context was but it was a basic sentence like “mi amigo Pedro es latino.”

I just nodded that one off the second I heard it because I didn’t get what she was getting at because I never heard “Latinx” before.

But maybe then – based on my apparent lack of a care for her correction – seemed to trigger her even more.

And she had a weird face that looked like she was trying to force a smile but she looked irritated like she wanted to stab me.

At this point, I noticed that and thought “what….did I call her mom a puta or something?”

Well, anyway, that was the end of that – we went on with our basic conversation practicing Spanish and that was it.

Later in my college years, I learned we had a group on campus for Latinos that called themselves the Latinx group.

I never engaged with that college club to be honest but, if I remember right, it was a mixed bag of US Latinos and wealthier upper class Latinos from Latin America that had parents who could send them to a private college in the US.

But they also called themselves “Latinx.”

Now that is a trend in the US that I noticed when I was living up there – that more people seem to call themselves or use the term “Latinx.”

However, over the last month or so, I have been thinking of new article ideas to write about for this website.

And I stumbled upon someone posting something on Facebook that used the term “Latinx.”

When I first read it, I assumed the person miswrote the term “Latin” or their autocorrect fucked it up.

That also crossed my mind because the person who wrote it wasn’t even Latino and had no experience in Latin America.

It was some post about how “we white people need to be in solidarity with our Latinx friends who get deported from the US illegally.”

But then that’s when it hit me – that word!

I haven’t seen that term in years.

Or better said – I haven’t seen that term while I have been living in Latin America.

I simply forgot it existed.

Which is funny too that a non-Latino used that term in the example above – you know, to try and appear woke to Latinos.

Reminds me of this funny image here below.

Source for where I got this image here.

But we will get into more nuance about that below.

Because while it is clear that US Latinos – some of them anyway – the younger ones in college especially – like the term.

What about actual Latinos born in Latin America?

So let’s get into that!

Use of the Term Latinx in Latin America

Obviously some Latinos use the term – the Guatemalan chick mentioned above was born in Latin America obviously.

And clearly had a stick up her ass about it as well.

Though perhaps she also had a stick up her ass because she felt empowered trying to correct the Spanish of a non-fluent speaker….

You get those in every language….

People who want to be an ass about minor nuances or errors when speaking Spanish or English or any language.

Though in that example, what I said wasn’t even grammatically incorrect – her frustration was more rooted in wanting to change the Spanish language to replace Latino/Latina with Latinx.

But either way, I digress…

Clearly, some Latinos use the term Latinx.

However, my experience has been this…

And keep in mind – that even among these two groups of people – I don’t think the term Latinx is used that often.

For example, take the activist types.

Some do use the term for sure – but I tried finding examples of that term used by the Zapatista movement – a movement I know well in Mexico – and I couldn’t find any.

Even though I’m 60% confident I know I have seen that term used before by them in their written publications.

But then you see all the activists marching in the streets from time to time in protests – be it Ni Una Menos or something – and I don’t remember ever seeing that term before.

But if there was a group to use it, I would assume leftist activists would because I have met a few – like maybe two – who have used it from that crowd.

Then you have the upper class university types – like the Guatemalan chick above.

Even in that crowd -- unless said upper class Latino is more to the left politically speaking – it’s not likely they will use the term Latinx.

So, in short, even among Latinos who are more likely to use the term down here – it just doesn’t seem that common as what you would see in the US.

Otherwise, the only people I meet who say Latinx down here are gringos who tend to be more to the left and have a burning desire to appear woke constantly.

These types are the same people, by the way, who if they saw a random Latino dude fucking their wife, they’d go “ok, this is ok! If I get upset, it would be racist! No, please, help yourself Mr. Latinx!”

Or was that a joke?

Either way, I just don’t meet anyone in real life who uses the term Latinx.

And so that basically answers the question – no, 99% of Latinos down here don’t seem to use the term.

Either way, we all have our own experiences with this topic.