The Gringo Break From Latin America 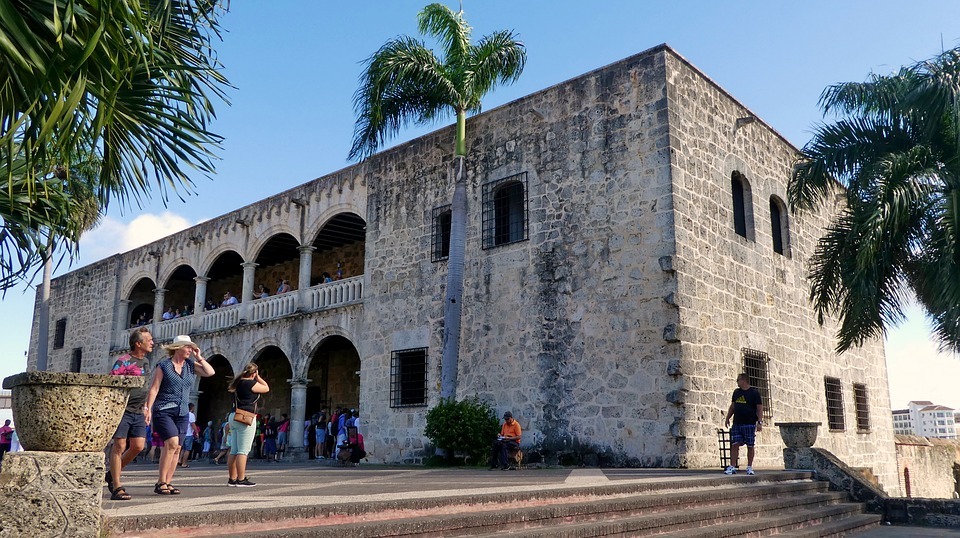 I was not enjoying my time there so much as you can read about here or here.

Basically, the apartment I was in was terrible and I got harassed by the cops (among other issues).

Suffice to say, I was ready to leave Mexico for a little bit.

I was ready to take a trip back home to see family and friends.

And keep in mind, it doesn’t have to be so extreme as getting robbed by the police for me to want to go back home.

Just other minor things as well that get under your skin…

Another day walking outside and a random group of Mexicans are blocking the side walk and people behind them, such as myself, have to walk onto the street and back onto the side walk to get around their slow asses.

To speaking a foreign language every day (no matter how good it is), which can be a little bit tiring to a degree…

To dealing with the occasional case of xenophobia…

Or the occasional hassle of getting something done down here given how inefficient everything is as you can read about here..

Or even getting tired of minor cultural differences that can annoy you like mañana time.

Which is basically when Latinos show up late to something for no good reason – eh, just because – who needs to be responsible for once?

Among any other minor inconvenience that can annoy you.

Most likely speaking, you don’t hate your country.

And on top of that, you probably miss it.

So mixed with all of the issues you might encounter down here – both small and big.

And missing family, friends and the familiar life back home..

There will come a day where you crave taking a “gringo break” from Latin America.

Now the “Gringo Break” sometimes comes in for different reasons…

Back when I first started traveling around Latin America…

I was basically just hopping around from country to country…

From Bolivia to Argentina to Colombia and so much more..

However, while I had the funds to travel, I didn’t have any online income nor did I have a solid paying job down here in Latin America during those days.

And basically having to take a break from Latin America because they simply don’t have the money to continue.

It can also happen when they might have the money or a job down here to continue..

Either way, they are not making much money but could continue living down here if they wanted to…

But have concluded it would make more sense to live on and off in Latin America – making USD back home in a much better paying job while taking the occasional trip down below for an x amount of time.

Or maybe they didn’t have any income down here – online or local – and are forced to leave because the money is running out.

Either one but this type of “Gringo Break” is different in that it is basically forced or has some financial motive to it.

And to be honest – over my 3 years in Mexico – I have given serious thought to this as well.

Especially when I was living near Cuatro Caminos of Mexico City.

Because, and this might seem like a surprise, life kinda sucks ass down here if you don’t have money.

Granted, you can have plenty of fun for sure since living is cheap down here for sure – I know I have.

But the stress from no money isn’t very fun.

And those USD paying jobs in the US always do look quite nice….

And you look at videos like this one below here where apparently you can make lots of money in the oil fields in Texas.

Granted, I’m not sure how legit this job opportunity is for normal folks like myself but sure sounds nice for the money.

You know – work my ass off for a year and come back down loaded with cash.

But nowadays my income is a bit better than before so I have less incentive.

But either way – this is an aspect of living down here – do you leave and come back later to make money in your home country?

Not a terrible idea if it pays well.

This is the break where you simply are getting tired of the bullshit down here.

Mixed in with missing family, friends and the familiar life up there…

And you want to go back home for a tiny bit.

I find myself missing those things.

And truthfully, this Coronavirus shit we are having now is annoying me.

Because I would like to go home now for a month or two – which is the usual amount of time that feels appropriate….

But given the uncertainty surrounding travel due to Coronavirus, I’m not sure I will be back home for a little bit.

I prefer to take things safe and just wait it out a little bit longer.

But it has been a little bit since I’ve been home and I am missing it.

You know – needing that “Gringo Break” for one or two months to catch up with life back home and escape some of the bullshit down here.

Which, funny enough, after a month or two back home, I start to miss life back in Latin America and want to go back.

Which is what I prefer.

Works perfectly for me.

So there are reasons for why gringos have to take a break from Latin America.

Be it for financial reasons or they miss life back home.

But perhaps there are other reasons as well that I didn’t mention here.

I suppose, such as this guy below here, some get deported and forced to take a “break” that way.

I’ve heard of a few who have been forced to take a break so to speak.

Assuming they ever come back, which some do from what I know personally from others I have met…

But if you have any thoughts your own, then just drop them below in the comment section.

Previous post: “Give Me Money or My Dominican Brother Will Fuck You Up!” Next post: The “Nothing Will Change” Mentality in Latin America