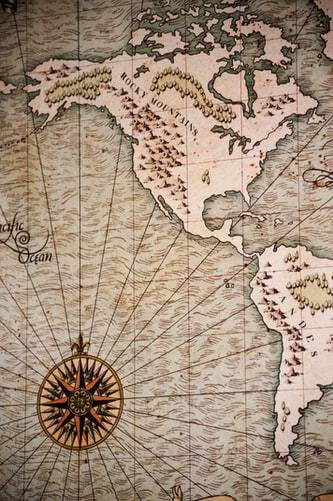 When living in Latin America…

You come across different types of people over your time living down here.

But beyond that, if you move around, you start to meet people from different countries down here.

And with enough time down here…

You realize pretty fucking quick that, at least in my opinion, most of the countries down here are not really that much like each other outside of speaking Spanish (excluding Brazil).

And that very obviously each country has its own culture…

Though you don’t even have to look at all of Latin America to realize that.

People from Chiapas, Mexico are very obviously different from those from Mexico City.

So even when looking at individual countries, you see these major differences.

Similar to how if a foreigner were go to go the US, he would see some considerable differences between someone from Iowa to someone from Hawaii.

Yeah, they both speak English but who gives a shit?

So over time, in my experience anyway, you start to like certain groups of Latinos more than others.

Which, if we are being honest, is all based on limited experiences of course.

It’s not like I have spent 5 years in every place I am going to mention below.

But, based on my limited experiences in various parts of Latin America, I do have areas where I like the people more than in other areas.

Based on those limited experiences again – to be fair.

So what are those areas of Latin America where I have found the friendliest and more relatable people?

Let’s get into that.

Probably out of all types of Latinos..

From Guatemalans to Paraguayans…

Now, they are not perfect obviously as nobody is.

Mexicans, in my experience, have the highest concentration of incel retards who have a stick up their ass about gringos just because.

To always having some issue with gringos in general and blaming all their life problems on us.

Either way, from my experience, Mexicans are most accustomed to American culture in general..

And are generally speaking easier to relate to.

On top of that, there’s plenty of cool folks down here.

Which is perhaps one reason why I have stuck down here so long compared to other Latin countries.

So for the most part, Mexicans are pretty cool from what I have experienced.

In all of my travels, Bolivians are probably some of the friendliest people I have ever met.

Compared to other Latin countries, it was so much easier to make friends there than anywhere else.

In particular, I often found the friendliest people to be from the Bolivian cities of Cochabamba and Santa Cruz de la Sierra.

Similar to Mexicans, they seem to have a hint of xenophobia among them.

But it didn’t seem as directed towards Americans as what I rarely found in Mexico.

And, as you would expect, was more among people in the rural areas than anywhere else.

Despite that, Bolivia was a very memorable country for me in terms of how friendly the general population was.

And for that reason, it deserves a mention on this list.

As with any country, people in Colombia depend on where they are from.

In my experience, people from areas like Popayan were generally friendlier than people in other areas of the country by far.

However, people from the Caribbean Coast as well were very friendly in my experience.

My only complaint regarding Colombians is that they seem more eager, as a whole, to fuck people over on small scams and the like.

Compare that to Mexicans where I found the average Mexican to be much more honest on average when compared to the average Colombian in general business dealings.

Despite that, it wasn’t all too bad – there’s plenty of Colombians who are cool as well.

Just don’t be stupid and you will find plenty of cool people in this country.

I had very limited experience in this country as of this writing.

However, it definitely sticks out in my mind because of how nice the average person was.

Just generally speaking, I found the average person in Nicaragua to be more humble in general and easy to get along with.

It was almost like the Iowa of Central America – humble, nice people who I didn’t feel were constantly trying to cheat me.

I have some Brazilians in my limited time in Brazil..

And also quite a handful in Buenos Aires, Argentina when I was spending time there.

Probably more Brazilians in my travels around Latin America outside of Brazil than inside to be honest.

In short, I found Brazilians to be more fun at parties and not stupid.

Just overall very chill and easy to get along with.

The only complaint I have about Brazilians is that there are a minor few I found to have a very strong “anti-white people” chip on their shoulder.

But, to be fair, that’s pretty rare among everyone I met from Brazil.

Either way, I’ve met some cool folks from that country for sure.

Argentina and Uruguay are different countries…

Truth is, they both have a lot of similarities…

Which is that out of all of the Latin American countries….

I have found the people in this area to be the most cunt like out of anywhere else.

The type to have a stick so deep up their ass and to walk around thinking they are better than anyone else.

I know that is a stereotype about Argentines in general…

At least from my experience.

But to be fair, it does depend on how close they live to the capital of their respective countries in my experience.

Someone who is from Ushuaia is more chill than a cunt from Buenos Aires.

And though I don’t have experience outside of Montevideo, I’d have to guess that is probably true for Uruguay as well.

Either way, it was an annoying thing for me to live in Argentina…

Or on my visit to Uruguay…

To come across so many folks with cunt like attitudes.

I have met a handful of Costa Ricans abroad…

And so my experience is based entirely on that with them…

And my issues with them is similar to Argentineans and Uruguayans…

In that they, broadly speaking, tend to have a stick up their ass and pretend to be better than others in my limited experience with them.

Anyone who has this attitude tends to rub me the wrong way and I found it quite common among the handful of folks from Costa Rica that I have met.

From my few months living in Guatemala…

The one major issue I had with folks from here is that they often tried to scam me on the most basic ass shit.

Generally speaking, Guatemalans are OK and I met a few who were cool.

The one positive thing I can say about them is that they are more likely to be humble than other folks.

But outside of that, my experience there has taught me so many of the folks there have a mindset of “if he a foreigner, fuck him over.”

Which got annoying after a while of spending enough time there.

Again, there are some nice folks there but that was the impression I had after a few months in Guatemala.

In my very limited experience in the DR…

To the one time I got scammed by some crack hustler in some motel as you can read about here.

The one thing I can say about Dominicans that is positive is that they seem more real and not so dumb similar to Colombians in general.

The difference though is that I don’t feel the need to watch over my back every single fucking second with Colombians when compared to Dominicans.

In short, Dominicans, in my limited experience there, seem much more ready to scam or cheat someone over than Colombians.

Something that got really fucking annoying when you have to say no for the 50th fucking time to the same street hustler begging for money over there.

Either way, though I am a fan of Dominican women as I wrote about here…

For how easy they are..

Not so much a fan of the folks I met there in general.

Finally, when we are talking about difference types of Latinos…

One difference I often came across was folks who came from poor or rich backgrounds.

Folks who came from poorer backgrounds in my experience were often more relatable and likeable in general..

But if they were to come from a more rural area…

Then more xenophobic in general.

So if the person came from a more poor to middle class background in a urban city, then no problem.

To then the rich upper class folks…

Who, like anywhere else, are more pretentious, classist and elitist…

Though, to a degree, they are a little more relatable in that they are more likely to have spent time in the US, Canada or elsewhere…

But outside of that, their classist attitudes can be annoying to deal with in general…

Overall, I like people from any background – poor, rich, any nationality.

There are also some Mexican folks who will try to fuck you over.

So just keep that in mind – I laid out which types of Latinos I like the most but you got good and bad folks in any group.

And these impressions are all laid out on limited experiences as I mentioned in the beginning of this article.

Anyway, if you have any experience with this topic or any questions…

Previous post: Learning Spanish with a Latina Girlfriend Next post: The Ignorance Regarding Foreigners in Latin America