Learning Spanish with a Latina Girlfriend 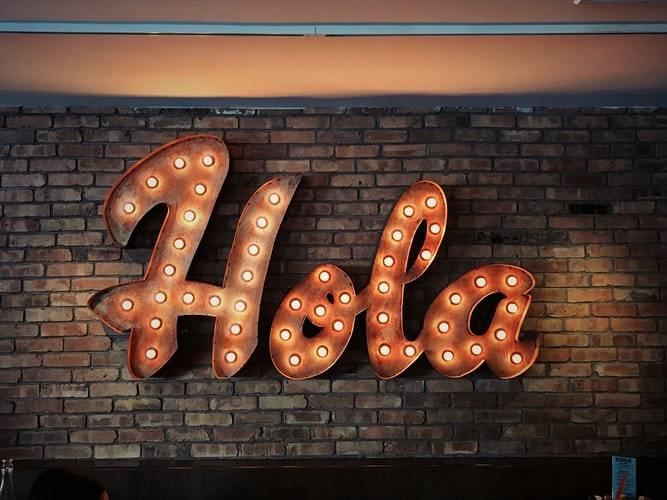 I remember many years ago..

Now to graduate, we had to take about 2 or more years or foreign language classes.

We only had French or Spanish to learn.

I wanted to learn French and signed up for that – for some reason, French sounded more elite and sophisticated than Spanish at the time.

That’s just how I thought about it back then.

Well, I was out of luck – I signed up too late and they put me in the Spanish class because they simply didn’t have room left for French.

Which, in hindsight, I am very fucking glad they did that.

Because I can’t see myself living in France, Quebec, some countries in Africa where they speak French or wherever else.

No offensive to those places – there’s just nothing there that interests me.

And in hindsight, I know I wouldn’t have gotten the proper funding years down the road to travel to those places as extensively as I did to Latin America.

So, in a way, it worked out great that they put me in Spanish.

And I took 4 years of it in high school.

Where basically each year was just repeating the same grammar rules and learning new vocabulary.

Which, thinking about those days, I don’t get why they made us take 2 years of it required when the second year, if I remember right, was basically the same as first year.

But regardless – that’s how it was.

And after those first 4 years, I did decently in class – got A’s and B’s.

But with the textbook alone, I didn’t become anywhere near conversational despite doing well in Spanish for 4 years of learning it.

If you forced me to try and understand what some Latino guy was saying, there was no way I would catch it beyond “hola, Buenos dias. Mucho gusto. Como esta usted?”

Then I went into college and took 4 years of Spanish there as well.

Where I also got A’s in all of my Spanish classes.

Now, I remember one of my first trips to Latin America…

Then I went to Guatemala for some few odd months…

And I was living there in a city called Xela.

No Gringo Bubble for me.

And in those first few weeks to a month, I remember very well how a Spanish conversation would go…

My head was basically just a textbook.

Someone would say to me – “Hola Mateo, tienes el dinero?”

And I would process it in my head before responding “ok, is it tengo, tuviera, tuvimos, tuvieron or follar? Which one is it?!”

Before, on a 50/50 basis, getting the right word out in and going from there..

And most of my conversations were like that initially where it would be like a grammar quiz from Who Wants to be a Millionaire here below.

Well, fortunately, my Spanish has gotten a lot better from those days years ago…

Through my time in Guatemala, I got past the “thinking about which way to form the word would be best?”

And ultimately becoming much more comfortable by the time I was done with Argentina and then Colombia after that….

Getting a Colombian Girlfriend

Now, granted, I had messed around with a handful of Latina chicks in Latin America before I got to Colombia…

Some in Bolivia, some in Argentina…

But none of them were ever “actual girlfriends” I guess you can call it that.

There was one that almost became a girlfriend…

But by the time I got to Colombia..

I was staying in Barranquilla and met a chick named Marcela about 2 months into my 7 months there.

And I noticed it – over the next 5 months, my Spanish just skyrocketed.

Now keep in mind she didn’t speak any English from what I remember or it was very basic.

And like with other Latina girlfriends I have had since then, we only spoke Spanish.

Similar to all the chicks I met before Marcela in other areas of Latin America.

I’ve rarely had a girl – be it a hookup friend or a girlfriend – that spoke English with me down here.

And now with Marcela – someone I was seeing most days of the week and talking with every day over the phone and text – my Spanish just had a lot more opportunity to be practiced.

Suffice to say, my Spanish improved pretty damn quick because of that practice.

And funny enough – my Spanish in my first initial year traveling around Latin America grew literally a hundred times faster than the 8 years of learning Spanish combined.

In total, I probably relearned the Spanish grammar about 7 or 8 different times.

And you know what?

Didn’t make a fucking difference in improving my Spanish.

You can have a Spanish textbook shoved into your head and it isn’t going to make you any better at speaking and listening in Spanish.

Which is what’s most important for you to actually be able to live down here in Latin America obviously.

And that’s nice and all but really an hour of practice 3 times a week just doesn’t compare to the practice you get down here.

So, in a way, it’s a pretty inefficient way of making people learn Spanish by just sticking to the textbook and repeating it over and over.

Your brain has to get used to listening to people speak Spanish for you to more naturally process what you are hearing and being able to respond instantly without turning your head into a Who  Wants to be a Millionaire question for which is the right word to use.

So my advice to those wanting to learn Spanish is this…

Maybe go to college if you have a real idea of how it will help you career wise.

But not for learning Spanish.

Instead, pick up a Spanish textbook, get Duolingo and…

If you really need a tutor, I’m sure you can find someone either in person if you live in a big enough city or online that will help you get through the stickier grammar points at a fraction of what college costs.

Once you have the grammar covered and enough vocabulary words..

Immediately switch to practicing the language.

Just google for it.

Or you can maybe join some online dating website like Latin American Cupid where you can meet hot Latina chicks online, get their Whatsapp and practice over text that way.

Perhaps you live in a big city where there’s ton of people you can practice with in some club or event or whatever.

And, when you can afford to and have the time for it, go to Latin America and practice there as well.

Plus, if you can get a Latina girlfriend (ideally one who doesn’t speak English very well), then you are golden.

Because like I said, that helped skyrocket my Spanish much quicker than anything else was the practice I got from speaking everyday with a Colombian girlfriend in that instance.

In those 5 months, my Spanish improved faster than my first 4 years of high school Spanish.

So it is what it is.

Anyway, if you have any tips on learning Spanish or your own experiences, leave them in the comment section.