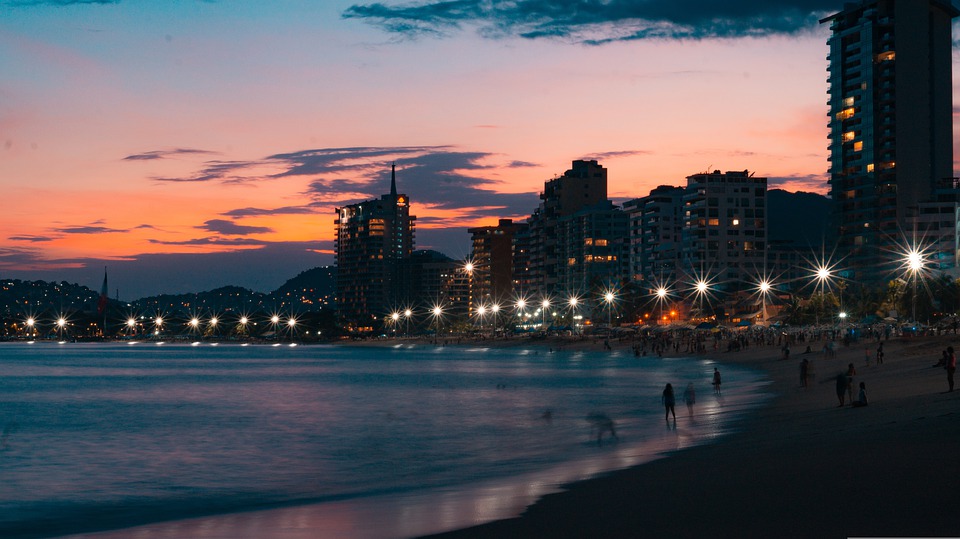 I have a friend of mine from the US that is seriously thinking of getting Mexican citizenship.

He is a current permanent resident of Mexico and has been for over a year.

And is just going through the years until he can apply.

Thinking about studying up on Mexican history in case they give him some culture/history exam or whatever.

He speaks Spanish pretty well so there's no need to brush up on that for any Spanish language exam to be a citizen.

He has that down well.

I've known him for some time.

Back when he even was just a tourist doing visa runs.

His name is Blayde.

But there's an odd thing about him that I've noticed over the last 6 months or so.

Where he will seemingly go up to plate defending odd things about Mexican culture that basically everyone agrees is shit.

Don't get me wrong.

There's a lot of great stuff about Mexican culture.

But there's a few turds in the mix.

One of those turds is a music called banda.

You can hear it in this video.

Who the fuck would listen to that voluntarily?

As I wrote here, it's even a type of music some Mexicans will put on to end a party.

They use it to end the party because they know, subconsciously, that it is shit music that nobody wants to listen to.

So it was to my surprise the other day when, hanging out with Blayde, he mentioned casually that he likes banda.

There was some artist he came across.

I have no idea nor do I remember the name of it or the song.

We were sitting in a bar and I was just nodding away thinking "hmmmm, right OK. If we're going to listen to this, I need another michelada."

I do remember too how he used to not like banda so much.

His opinion seemed to change.

But another thing that has changed, coincidentally enough, is that he is aiming to get citizenship.

He's been going up the ladder legally to permanent resident and has his eyes on the prize.

I am of the theory that the two go together.

As I wrote here, sometimes we gringos get into the mud of learning about the culture of the country we moved to better than the locals.

Well, the locals near our age anyway.

Where we get stuck listening to old music like this song here.

Simply out of curiosity to know more about the culture of the country we moved to.

And so that might mean listening to Mexican boomer music.

Or it could be traveling all over the country to places most Mexicans haven't been to.

Trying a wide variety of foods that some Mexicans haven't tried like you can read about here.

But I think some gringos go deeper than that.

There was some other foreigner that I met very briefly that gave me the same vibe.

I forgot his name as of this writing but he was some dude who liked to hike and knew well the trails around the city.

I think his name was Jacob if I remember right and he was Dutch or some type of European.

At any rate, as far as I remember, he actually did earn the Mexican citizenship.

Has a Mexican wife.

And he came across the same way.

Above all, it reminds me of something I call the steps.

There's that first step where some gringos come down here and they don't give a flying fuck about Spanish, the local culture or anything.

Then you have those who get into the mud and learn quite a bit about it.

Some go the exact opposite end and almost seem like they are literally trying to be Mexican but end up looking like a clown.

"Gringos roleplaying as Latinos" as I wrote here.

Same thing with Latinos trying to be like gringos as I wrote here too.

But these gringos who are getting Mexican citizenship are not necessarily trying to pass as Mexican.

That's not what I'm saying.

But some of them do end up going that extra mile than the "second step" gringos that just get into the mud.

And some of them, in my opinion, start to feel a patriotic like for Mexico and many things Mexican culture.

Where that growing patriotic feel for the country that they took on a new life in also, in my opinion, starts to cloud any reasonable judgement and they begin liking cultural stuff that most people agree sounds like shit.

It has to be that patriotic feeling that comes from moving to a new country, spending lots of time there, establishing roots there (like having kids) and eventually getting either permanent residency or quite possibly citizenship.

Of course, I think there are other things that encourage the gringo to effectively become a public representative of "all things Mexican culture" and that clouds his judgement on things like banda.

And those things are, in my opinion, basically tied to how deep his roots go into the country beyond his legal status.

Like if he has a kid here that he plans on raising and obviously sees then a long future ahead of him here.

To having a girlfriend or wife.

He's not in a serious relationship right now.

For him, I think it's just the effect of integrating deeper into "the new country."

For someone like Jacob, maybe his wife has something to do with it and/or maybe its his earned Mexican citizenship that influences how he feels and what he says about certain aspects of Mexican culture too that many might agree suck or are not that impressive but that he claims to like.

Like I said, it's just a theory of mine.

And, to be honest, it probably doesn't apply to just gringos immigrating to Latin America.

But to a lot of immigrants who move permanently to a new country where they begin to take on an appreciation of all things to do with that culture.

And, like I said, don't be surprised if that appreciation gets intense enough to blind them from some cold hard realities.

Still, it is what it is.

Previous post: Latin Americans Would Bitch More if Gringos Left the Bubble Next post: The Gringo Who Becomes Bitter Against Latin America