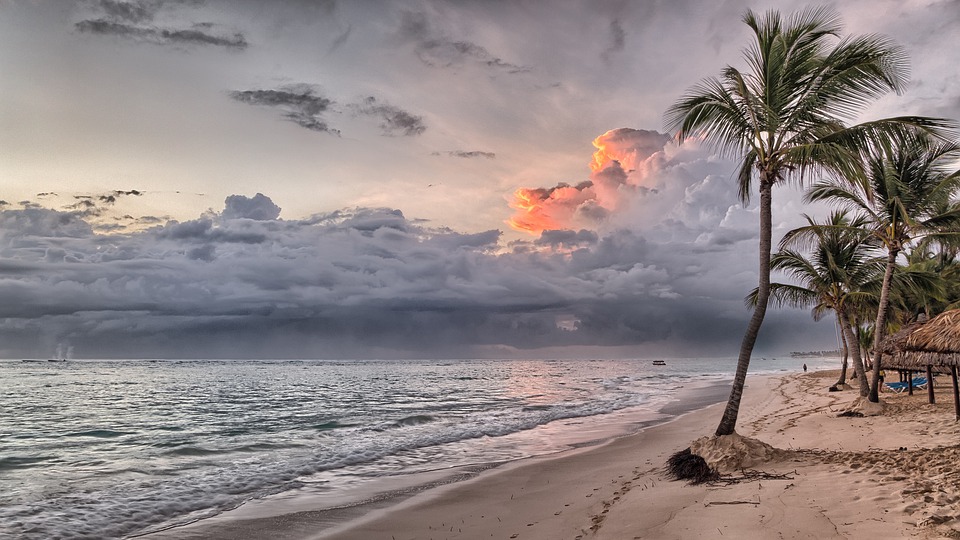 Not too long ago, I was on the water in Xochimilco of Mexico City as I had been visiting the place on several occasions from different points.

I really enjoy being on the water these days after so many years in Mexico City.

I've never been the type to care for the beach or the lakes but it grows on you as you miss it after being away from the water for so long.

It's not to say that Mexico City doesn't have any lakes or bodies of water.

It's just that, compared to other cities in Latin America, it's not the most friendly place for people who want to be near the water with a few spots scattered about the city that serve best for being near or on the water.

Therefore, over the last year or so, I've gotten to know better the different spots in the city where one can be near a lake or whatever body of water to enjoy a nice afternoon by.

While on Xochimilco with some other folks, there was a foreign dude I was talking to that seemed a bit bitter about life here in Latin America.

I wrote about that experience here where there just seemed something bitter about the dude and it isn't uncommon to find that type of gringo once in a while who seems overly bitter about the place.

Anyway, despite being bitter, he did have supposedly a secret paradise in Mexico City that he quite liked.

It somehow came into conversation different points of the city to check out.

And, with that said, obviously the topic of all the gringos flooding into the city came up as well.

How so many of them are ruining areas like Roma Norte or Condesa.

And, in the middle of the conversation, Edward mentioned how there's another body of water in the northern part of the city that is his favorite.

When I asked him which one it is, he refused to say.

Had a laugh along with saying something how "he doesn't want to let the word out" where "if other gringos found out about it, it'd be ruined."

Something along those lines.

But, having been all over the city and with the limited amount of water in these parts, I could easily guess which area he was talking about.

Well, even if the first guess was wrong, I could've guessed it easy enough after another attempt or two.

Not more than that needed given that, if it's in the city like he said, there are only a very few spots that he could be talking about.

And so I threw it out there -- "Bicentenario?"

His eyes opened and his attention was mine.

And I thought maybe he just misunderstood my pronunciation of the word at first.

And, with the facial expression he had, you could tell I hit the ball out of the park with the first guess.

There was a change in his face, a pause and he muttered something about "no, no, no. In some other park."

Which, given the lack of water up there, I could only guess he then means the pond in Bosque de San Aragon.

It's either that or the pond you find in Parque Bicentenario.

If he's talking about some magical pond of water that NO OTHER gringo visits and it is within city limits but somewhere in the northern part of the city, then it has to be one of those two.

Though, as you can see here, they are working on improving and modernizing some lake part in the northern bit of the area but that project won't be done until 2023 supposedly.

Still, unless there's a fountain in some random park that he miscalled a pond or unless there's some lake in the State of Mexico on the northern end, then I'm 100% confident that I guessed the place accurately.

In fact, I go to Bicentenario whenever I can and never mind a visit to Bosque de San Aragon.

I also enjoy them quite a bit due to the water and Bicentenario is my favorite park in Mexico City.

When it comes to the lack of gringos though, he's fairly right on that.

I'm sure there is the occasional gringo who visits given both have some popularity among locals but I've never seen a single gringo that I can recall in either park.

At any rate, life went.

The conversation about whatever other topics was to be had.

And we all continued to enjoy the view of Xochimilco.

On the other hand, some of the gringos out there are dorky as fuck with how they talk about some secret area of Latin America that they claim nobody else knows about.

No matter how much I've written on this topic before, I figured I'd document another example #852 of a different gringo with this "I got a hidden paradise and nobody knows about it" mentality.

It's weird to me when gringos are like this because they act like some Christopher Columbus type who has "discovered" some area of Latin America that NOBODY knows about.

It's dorky as fuck when you get that vibe from them.

Having said that, my thoughts on the matter have been written about before so I'll keep it simple here.

For one, I get why some don't like it.

The cost of living goes up in the place.

If they are sex tourists visiting a certain area, they'll think the local women will find them less interesting to fuck if more gringos show up.

Though I think there's some truth to that, I think it's a bit exaggerated as I wrote about here.

Also, perhaps they found a place that literally has few to no locals visiting but they personally like it.

For example, I enjoyed Lagunas de Xico in Mexico City despite it having no tourism infrastructure.

Plenty of locals know about it but you don't see anyone else visiting to look at it (at least not when I went).

You can read more about it here with photos.

There's also this archeological spot in Mexico City I liked that had no locals visiting as I wrote about here.

And, when it comes to Xochimilco, I enjoyed other lakes similar to Xochimilco but even better because, on some experiences, you had few other locals and more peace and quiet.

So I get many of the reasons above for why you wouldn't want a place to be overly touristy or whatever else.

On top of that, you also have a lot less hustlers trying to make a buck and they are less aggressive.

Furthermore, the locals in said areas tend to be friendlier and see you more as a real person than just another buck or someone to practice English with as I wrote about here.

More down to Earth.

So there are numerous reasons (including others probably) where I get why the gringo wants to keep his paradise a secret.

Having said that, sometimes the gringo is stupid as I said.

Where he truly thinks his hidden paradise is hidden when it's really not.

Or that casually telling a random person on a boat about it will lead to a horde of gringos showing up tomorrow.

Also, some of these gringo types are, as I wrote about here, simply those who hate the sight of other gringos despite being one.

They have their reasons.

Some legitimate perhaps and others not so much.

Personally, I think some of them are just anti-social losers who hate the sight of people they left home from because they were not doing well back home.

I know that's a stereotype of gringos but it does fit the bill for some and I do truly believe some hate having gringos in "their paradise" because it reminds them of the people they left in a place they didn't fit in well.

Finally, you have those who, as I wrote about here, don't like all the extra gringos because it makes the place "not feel like the real Latin America."

Where the place has maybe a Starbucks or McDonalds.

To some degree, I agree. It starts to feel more like a cooky cutter place that you can find anywhere else with all the big businesses, people not speaking the local language outside, etc.

On the other hand, sometimes it feels like these folks just equate any place that is doing well financially as "not being part of the real Latin America."

Where their idea of what is "the real" Latin America involves some area that is poor, violent, has an edge to it, etc.

Where, if it feels like it's part of a "bubble" as they put it, then it's not "really" part of Mexico or whatever country down here.

I never liked that idea.

Anyway above all,  you just have this type of gringo as I said who thinks he has some hidden paradise and, for reasons depending on the person, wishes to keep it "hidden."

Previous post: Forget About Being a Gringo Mechanic in Mexico Next post: Is Miami the Capital of Latin America?