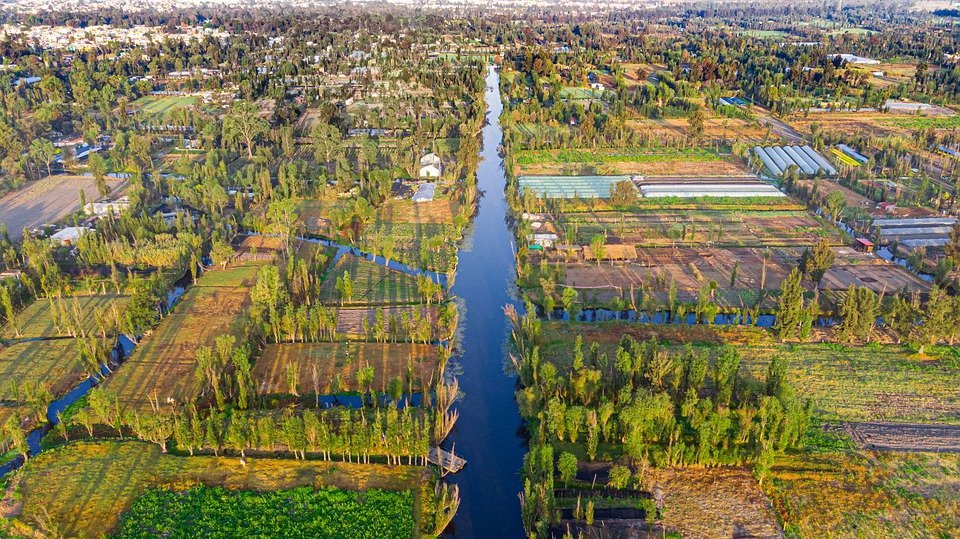 Over the years of living in Latin America, there's a certain disconnect I feel between myself and family back home.

Within the last 5 years of living in Mexico, I've had periods where either I don't work at all or I do work but am self-employed and can work whatever hours I feel like.

In either scenario, one has plenty of free time to do whatever one wishes.

And your sense of days evaporates.

When I was traveling around Latin America before Mexico, I did have a little more structure in that I was studying at specific universities in Colombia and Argentina.

Did volunteer work where I had to show up to certain buildings in countries like Bolivia or Guatemala.

But, even in those days, it didn't feel the same.

What I mean is that the pace of life in the US is a bit faster and you have people who are much more conscious of the day of the week.

They look forward to the weekend and hate the Mondays.

Now, to be fair, Latin America has plenty of people like that because most people down here do not have some of the benefits we expats (even poorer ones) have like a USD income source for example from self-employment.

But, on top of the income, living abroad (even if volunteering or studying) still has a certain excitement to it.

Granted, we all get past the honeymoon phase and life becomes more normal to some degree as I wrote about here.

But, even when past such a stage, life is still different when it comes to sense of time for us expats.

Now, when talking about sense of time, I could easily discuss the whole "mañana time" aspect but I have mentioned that plenty of times on my blog.

Basically, the pace of life is slower down here. People show up late to things for example but you can be late also. Among other examples of "mañana time" but you can read more about it in this article I wrote here if you are curious.

Beyond "mañana time" though, it goes deeper than that when discussing sense of time.

Let me break it down point by point that comes to mind.

When I did live in the US, I do remember though looking forward to the weekend and hating the Monday.

Particularly when I was in Middle School, High School or in the first year or two of college before I began traveling abroad on longer trips than just a week here or a week there.

Where the pace of life is definitely faster.

And you have more responsibilities on a day to day basis.

Responsibilities that can be a bit boring perhaps and you don't always want to do them.

And you do look forward to that next Friday to party at a Frat house or whatever.

Then not liking the following Monday when you got to get up early at 7 or 8 AM (though, to be fair, I purposefully made sure none of my classes in college were before 11 AM. By senior year, I didn't have a single class before 1 PM actually).

Down here though, the only time I am reminded of "the weekend" or any particular day is when a Latin American makes it where I have to be conscious of it.

But not in a bad way.

Only when you might want to set up a date with a gal down here and she's free next Friday when her work lets her off by 4 PM instead of 7 PM.

Or perhaps you have local Mexican friends who don't have a job that they can work whatever hours for earning USD and actually do have to wake up at 6 or 7 AM on Monday.

With those friends, you probably won't have your party or time to hang out at the bar until the weekend perhaps (unless it's a young dude without a serious career maybe).

Whereas, in contrast, your other gringo friends oddly enough do have more time usually to hit the bar on Tuesday at 5 PM.

Though, on that point about drinking, it is a side point that living in Latin America allows an easier life to drink whenever with minimal consequences.

When speaking of time, folks back home might judge you about how "it's a bit early to be drinking, no?"

I'm in Latin America! What do you mean "too early?" Early implies time. What is time?!

Otherwise, if a Latin American is reminding me of a certain day, it's because there's some event held on a certain day that I need to remember.

For example, there's a pharmacy in Mexico City called "Farmacias Similares" that has special promotions on Mondays that I quite like -- 25% off!

So, because of them, I do remember when Monday is.

However, if it wasn't for them, I probably would forget I was even having a Monday.

I've had plenty of days -- so many of them -- while in Latin America where I genuinely forgot what day it is.

Happens way more down here than up there.

And, even if I do remember it is Monday because of those special promotions at the pharmacy, that's obviously not the same as the annoyance folks back home have for Monday.

I'm looking forward to Monday because I want that damn promotion.

They are hating the Monday coming forward because it signals the end of the weekend and BACK TO WAKING UP AT 7 AM.

Monday, Monday by Mamas and the Papas

In short, every day can become a fun day or it can be a very boring day.

It's much easier in Latin America to have very fun days and very boring days depending on how you use the extra free time you have.

It can be relaxing.

A week ago, my sister asked me "what are you doing tomorrow?"

Given my lack of care for days, I couldn't even tell you if "tomorrow" was going to be a Monday or a Wednesday or a Saturday.

Whatever day it was!

And I just said "eh, nothing."

She responded "well, it can' t be nothing. You're going to do something, right?"

I gave it 5 seconds of thought.

"Nah, not really. Maybe I'll have some tea. Maybe do laundry. Perhaps watch a movie. Whatever floats my boat."

Those were not my exact words as I can't remember what I said exactly but it was something like that.

And, like I said, it can be the exact opposite of that.

In Latin America -- especially with all the free time -- it's also easier to have a "different day."

If you are more extroverted, every day can be a "different day."

For example, as I wrote here, I've had random religious parades happen in my neighborhood.

I join them as you can see here!

Follow along, enjoy the music, ignore the drug addict homeless people asking me for money and just enjoying the moment.

And, while enjoying the moment, did I remember what day it was?

Was it a Monday? A Thursday? A Sunday?

Grab a drink, dance along with the group and enjoy yourself!

Of course, there's one other thing that comes to mind that I should add.

Personally, I think the gringo expats who identify most with what I said are those who don't have children down here and who are not knee deep in some very demanding career.

If you own a restaurant down here or any type of business requiring a lot of attention, you might be more conscious of what day it is.

Same if you have children who go to school Monday to Friday.

And, when I speak to family back home, I almost stop asking folks "what did you do today? What are you doing tomorrow?"

I'll probably always ask those questions just out of politeness and because it's a standard question to ask of anyone you are close to.

But the answers are always the same: "go to work, pick up my kid from school, finish an essay for my class, etc."

And you realize, through the repeated same answers over and over again, that it might actually be a bit rude to be asking "what are you doing tomorrow?"

Or at least I've started to feel self-conscious about asking that question again.

Because even though folks back home have changes in their lives -- maybe a baby shower of a friend is coming up or whatever the occasion might be -- it's not the same as life down here.

You realize that their answers are the same usually and wonder if you are somehow being rude by assuming the answer would be different.

As they don't involve "oh, I randomly joined a religious parade dancing down the street with Catholic nuns and homeless people."

That type of spontaneous nature to their rhythm of life up there doesn't seem to exist like it does for us expats with no real responsibilities down here.

Of course, if I was to ever have kids and/or a more serious career, than I imagine I'd have less time to be dancing in the street on a whim and more focused on when the next Monday is.

Or at least I would imagine it to be as such.

Above all, I'd say this is one major benefit to life in Latin America as an expat.

And, like I implied, even the poorer expats can benefit from this also.

Perhaps there was more to say but it's slipping my mind right now.

Enjoy this song here that I think has the right vibe for what I'm talking about as it relates to this topic.